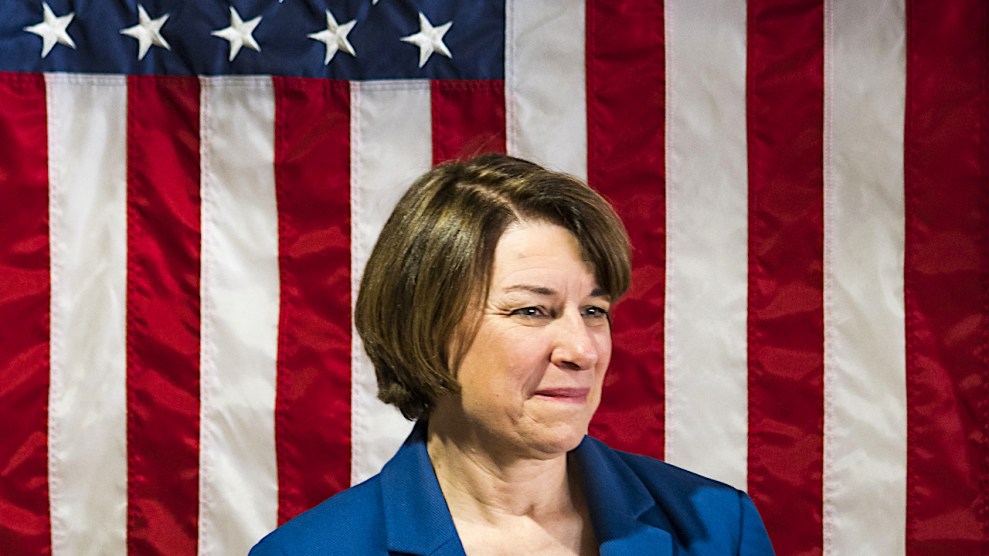 Sen. Amy Klobuchar is ending her bid for the Democratic presidential nomination and planning to endorse former vice president Joe Biden, according to the Associated Press.

Since she launched her campaign in February 2019, Klobuchar has endured a turbulent and crowded primary season that, at one point, featured more than two dozen candidates vying for the nomination. The Minnesota senator and former prosecutor pitched herself as a tough-but-funny pragmatic moderate who knows how to work with Republican colleagues, but her national polling numbers remained stuck in the single digits. Early in the race, multiple news outlets published unflattering exposés about her management style. HuffPost reported in February 2019 that at least three people had taken their names out of consideration to lead her campaign, in part because of her history of allegedly mistreating staff. She also received harsh criticism for her time as a prosecutor, particularly for her lack of prosecutions in police-involved shootings.

But her campaign got a boost in mid-January when the New York Times editorial board endorsed her—as well as Sen. Elizabeth Warren (D-Mass.)—for the nomination. The Times praised her experience and “ability to unite the party” as key factors for why she would be one of the best candidates to take on Trump, writing that “her lengthy tenure in the Senate and bipartisan credentials would make her a deal maker (a real one) and uniter for the wings of the party—and perhaps the nation.”

Klobuchar began picking up steam in the weeks that followed. After finishing fifth in Iowa, she rode a strong debate performance to an unlikely, headline-making third-place finish in the New Hampshire primary—ahead of both Warren and Joe Biden. But the Klomentum couldn’t last forever. After diminishing returns in Nevada and in South Carolina, Klobuchar is reportedly pulling out of the race, a day before Super Tuesday, which includes the primary election in her home state of Minnesota.