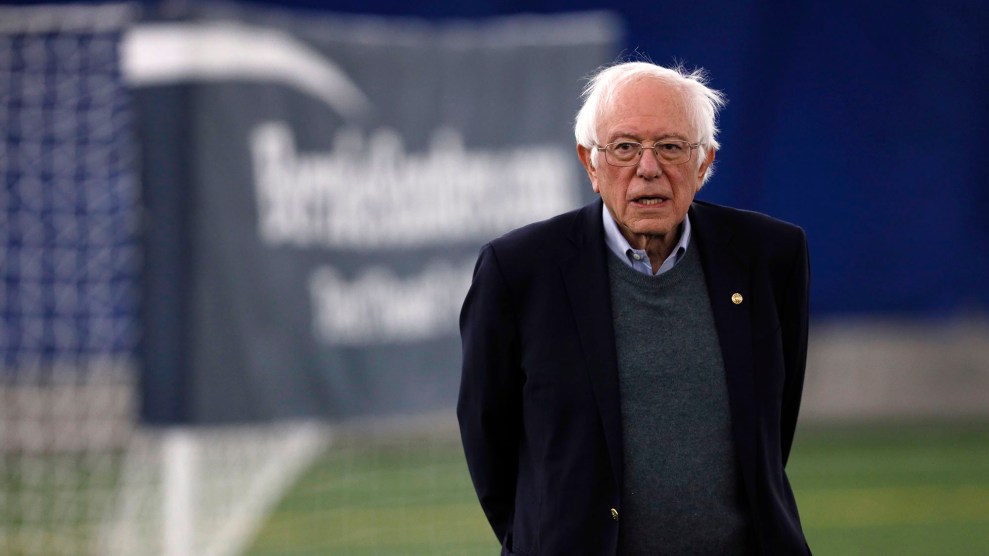 Late Thursday evening, the New York Times published a provocative-headlined story about Bernie Sanders. Previously unreported records from an archive in Russia detailed the Soviet government’s efforts in the 1980s to use the sister-city relationship between Burlington, Vermont, (where Sanders was mayor) and the Russian city of Yaroslavl as a vehicle for propaganda.

Exclusive: For Bernie Sanders, his 1988 trip to the Soviet Union was an effort to build diplomatic ties. For the Soviets, it was the start of a years-long propaganda effort to exploit his antiwar agenda, documents obtained by The New York Times show. https://t.co/I4UsqheKHQ

It was a nice bit of archival spelunking, but there wasn’t much to see—a file in an old archive in Yaroslavl indicating that the Soviet government believed that Sanders’ visit to the country (and sister-city arrangements more generally) was an opportunity to teach Americans about the benefits of the Soviet system and to promote the idea that the USSR had a “peace-loving foreign policy.”

Okay, but that effort went both ways. Anxious about the prospect of nuclear war, a lot of American cities were turning to sister-city partnerships with Soviet cities in the 1980s—Gainesville, Florida, and Novorossiysk probably had the best logo. And as a Sanders spokesperson points out in the story, the idea was embraced by President Ronald Reagan as a way of promoting the American way of life in a communist country. That certainly seems to have played out in Burlington, when a Soviet delegation visited Sanders’ city in 1988. According to the Times, “There was a pilgrimage to the ice cream maker Ben & Jerry’s, where co-founder Ben Cohen told the Soviet officials they could have anything they liked in the gift shop, a delegation member, Yuri Novikov, recalled in an interview.”

The Times’ reference to a “years-long propaganda effort” is also a bit much; the Soviet Union only had three years left in 1988—and had much bigger things to worry about.

I’ve also reported on Sanders’ 1988 visit to the USSR—I even watched several hours of unreleased video footage of the expedition, which doubled as a belated honeymoon for Sanders and his wife, Jane. The idea that there was something nefarious or incriminating about it just doesn’t mesh with what I saw. It was certainly a highly-structured trip, as the Times finds in the official records; in the footage, they were almost always accompanied by some official guide, ushering them around the subway system in Moscow, music and theater venues, housing complexes, farms, and parks. But they were exposed nonetheless to the widening cracks in the Soviet system. They gawked at a new American-style pizza place that had opened in Moscow and posed for photos with someone in a Ben & Jerry’s t-shirt. If the Soviet government was pushing propaganda, they didn’t do a very good job of it. As the Washington Post reported last year:

Throughout the trip, local officials took aside members of Sanders’s entourage, telling them that the Soviet system was near collapse. At one point, officials of an engine factory that employed thousands of people told Howard Seaver, an official with a Burlington business group, that orders from Moscow had fallen, and they asked whether he could help arrange business with the United States.

It was “strange” (as Sanders himself wrote in his memoir) and awkward and sometimes sweet. Sanders and his delegation showed a curiosity and an earnestness about their mission, which ended, as you’ve probably seen, with vodka shots and gift exchanges (a Beatles album; a “Bernie for Mayor” t-shirt) in a Yaroslavl sauna. But any doubts about the sincerity of the sister-city relationship between the two cities should be dispelled by its longevity. All these years later, the cities still schedule hockey games with each other. In fact, there was one in February, played on a frozen-over Lake Champlain. The Burlington weekly paper, Seven Days, included a nugget that captures the spirit of the thing:

The [Yaroslavl] Bears also had a secret weapon. One of their players was sidelined with the flu, so in his place they subbed a former UVM club hockey player. Steven Ushakov, 25, was literally born of the sister city program. In the early ’90s his father, Sergei, traveled to Burlington as the sound technician for a Yaroslavl band. Through the musical exchanges, he fell in love with a Vermont woman and moved to Burlington, where Steven was born.