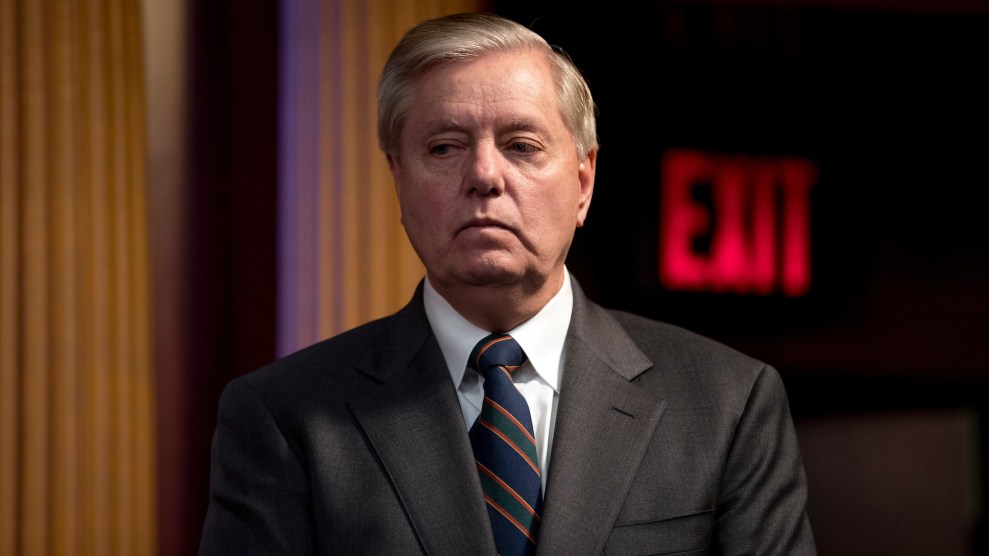 There’s big news out of South Carolina: Jaime Harrison, the Democrat running to unseat Sen. Lindsey Graham, outraised his opponent during the first quarter of 2020.

Harrison’s campaign announced late Wednesday that he’d raised more than $7.3 million from January through March of 2020; Graham, meanwhile, took in only $5.6 million. This is the first time that Harrison has put up higher fundraising numbers than his GOP opponent, though Graham still has roughly $4.8 million more than Harrison on hand.

Harrison, a longtime Democratic operative close to South Carolina power broker Rep. Jim Clyburn (D-S.C.), is the first credible challenger to the three-term Graham in some time. As I wrote in my profile of Harrison earlier this year, he’s premised his campaign on a return to decency and the excoriation of Graham, who spent the last four years transforming from a Never Trumper to a loyal Trump devotee. While Harrison was recognizable in Democratic circles after his years as state party chair and a run at DNC national chair in 2017, he was a relative unknown among most South Carolinians when he announced his candidacy last year. Clay Middleton, a fellow South Carolina DNC official close to Harrison, said Harrison’s would need to become a “household name—or at least a name someone would recognize” if he were to have a shot at unseating Graham in a state the president won by 14 points in 2016.

This money will be crucial to furthering that goal. Last November, Harrison told me intended to heed advice Stacey Abrams, the former Georgia gubernatorial candidate who nearly won her 2018 race, gave him: “Jaime, you gotta go everywhere.” Now, Harrison cannot go “everywhere”—or really, anywhere thanks to the pandemic, and will rely on media tools at his disposal to introduce himself to voters in the Palmetto State. This month, the Democrat launched a seven-figure television, radio, and digital advertising blitz focused on highlighting, in the words of his campaign, “the need for strong, measured leadership for South Carolina during the coronavirus pandemic.”

It’s hard to say whether the money momentum will last. As a longtime Democratic operative and South Carolina DNC member, Harrison benefited from the ample national airtime and press coverage he received alongside the state’s Democratic primary at the end of February. But if the GOP wears any of the blame for Trump’s bungled pandemic response, perhaps Harrison’s good fortunes will continue.