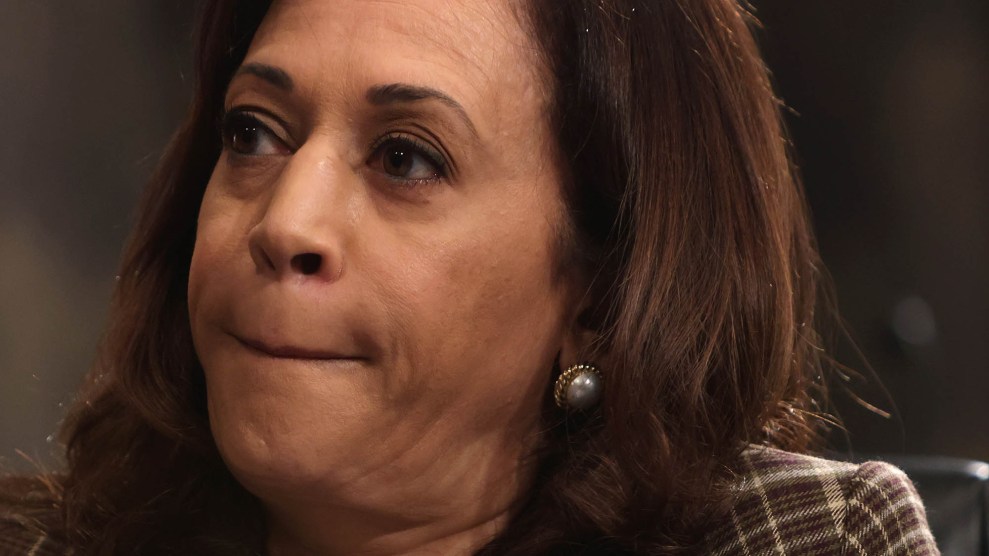 Update: We know who he picked! It’s Kamala.

Reading Kate Manne’s new book, Entitled: How Male Privilege Hurts Women, during a particularly insipid conversation about woman-as-vice-president gives this feminist philosopher’s clear-eyed analysis of misogyny an element of timeliness that translates to something of a gut punch.

“It reinforces this notion that women can have power, as long as that’s in service of a patriarchal figure.”

The book, out today, is smart and insightful, but it’s hard to walk away from it feeling anything but anger and frustration and discouragement—particularly in light of the who-will-he-pick speculation regarding Democratic presidential candidate Joe Biden’s running mate that has drawn inevitable yet cringey Bachelor metaphors. It’s not just the water cooler talk that’s infuriating though, it’s also the way Biden himself has talked about the veepstakes. (Perhaps this will finally replace his “I-championed-the-Violence-Against-Women-Act” bit, which usually ends with him looking expectantly for someone to hand him a cookie.) Will it be Kamala Harris, who ran against him in the Democratic primaries, or is she “too ambitious”? Could we stomach Elizabeth Warren, her endless stash of plans that might overshadow Biden’s competency, and all that “anger” of hers? Could it be Susan Rice, who served as the national security adviser in the Obama administration? She gets points because he “knows exactly what he’s getting with Susan.” Maybe it will be a lesser-known politico, like Michigan Gov. Gretchen Whitmer or California Rep. Karen Bass, who have been held up as somewhat less imposing options. The point is, on that day in March when Biden pledged he would pick “a woman”—any woman!—as his veep, we women should have been downright grateful for the scraps thrown our way. Right?

Wrong! Kate Manne says so, and so say I.

“It’s just amazing that the qualities that we positively embrace in male leaders become somehow moralized and the same traits are labeled in a pejorative way when a woman instantiates them,” Manne told me last week. “Suddenly, it’s not that she’s prepared to lead and she’s someone who has a vision, it’s that she’s ‘ambitious’  in a tone that all but entails that she is the worst for having ambition, when of course that’s the main reason someone would want to be vice president.”

But to make any progress, to stop getting the scraps, we need to dismantle the power structures that inherently favor those who are male and white. The first step here is to understand how these structures operate, which Manne explores in a chapter toward the end of Entitled called “Unelectable—On the Entitlement to Power.” Here, Manne cites a 2004 study that essentially demonstrated a reluctance to consider a woman can be as competent in leadership as a man unless she demonstrated certain “communal” traits: acting as a team player, being supportive of her colleagues, and, you know, kinda cheerleader-y. Maybe the sort of woman who would put “proud wife + mom” in her Twitter bio. Someone non-threatening, who still defines her identity and power at least partly in relation to the men around her. Someone who will not chafe at all the emotional labor she will be expected to perform.

Reading the book is in fact a bit like taking a sweeping tour, a la It’s a Wonderful Life, of one’s history experiencing misogyny, except Manne is a sharper, more astute Clarence.

Still, a woman as VP is something, and after more than four years of listening to President Donald Trump freely spout his misogynistic views with little to no consequence, I almost feel guilty for criticizing Biden in this way. And to be clear, having a woman as vice president is not an inherently bad thing—in fact, it is worth celebrating. It’s just not enough. “I do think it’s a step in the right direction, but it’s a very small step,” Manne says. “And I actually think that it’s in danger of reinforcing certain biases.” She adds, “A real cost is that it reinforces this notion that women can have power, as long as that’s in service of a patriarchal figure, and as long as it’s by being communal in some way, whether that’s by being nice and warm and maternal and all those things, or in this case, by being someone who’s directly underneath and expected to be loyal and deferential, and in service of a white male president.”

I guess we’ll give it another go in four years, then.

But let’s not limit this discussion to the veep. While that feels like so much of what we can currently think about and talk about and tweet about, Entitled does not actually focus primarily on the gender dynamic in politics. Reading the book is in fact a bit like taking a sweeping tour, a la It’s a Wonderful Life, of one’s history experiencing misogyny, except Manne is a sharper, more astute Clarence.

It’s not so much that Manne ushers the reader through their own significant life events; it’s more about the way she frames the egregious examples of misogyny in the striking-yet-oh-so-familiar terms of male entitlement. For the duration of the book, I found myself flashing back to all the times men felt entitled to my body or my mind, all the times I earned the ire of a man simply by taking up space that he felt entitled to. But there’s something cathartic about seeing all of that on the page; it’s a bit like pouring cold water on a fire that was gaslit. It’s not just us, we are not imagining it, this is absurd and unfair. Manne uses mainstream examples: Brett Kavanaugh’s hissy fit during a confirmation hearing to the highest court in the land, Elliot Rodgers’s violent rampage that was fueled by his entitlement to a certain ideal of female beauty, the well-documented dismissal of female pain in medical spaces (which gets much worse if you are female but not white).

So much of the power of this book can be found in the crystallization of what “misogyny” means. So many people are afraid to call it by its name, Manne notes, and too often that translates to gender-based violence or discrimination being explained away as something more innocuous. We’ve all heard the excuses: “Oh, he’s just grouchy like that sometimes, don’t let it get to you,” or, “Well, he’s really been working on that.” Sure he is; sure he has.

“Oh, he’s just grouchy like that sometimes, don’t let it get to you,” or, “Well, he’s really been working on that.” Sure he is; sure he has.

Manne’s “entitlement” framing is a useful one, and it dispels the oversimplified notion that if women would simply act more entitled, we could gain more power and agency. It’s not, she argues, about women acting as entitled as men. It’s about burning down the structures that are in place now. “For that, we need to just keep pushing in a collective organized way as feminists have for the duration of the movement toward the change that we all need,” Manne says. “And that’s going to be a long, brutally piecemeal process.”

In the meantime, the timer until the big reveal clicks on and on, and, I guess that at least there are plenty of guys like Joe Biden to throw us a bone every now and again. Right?