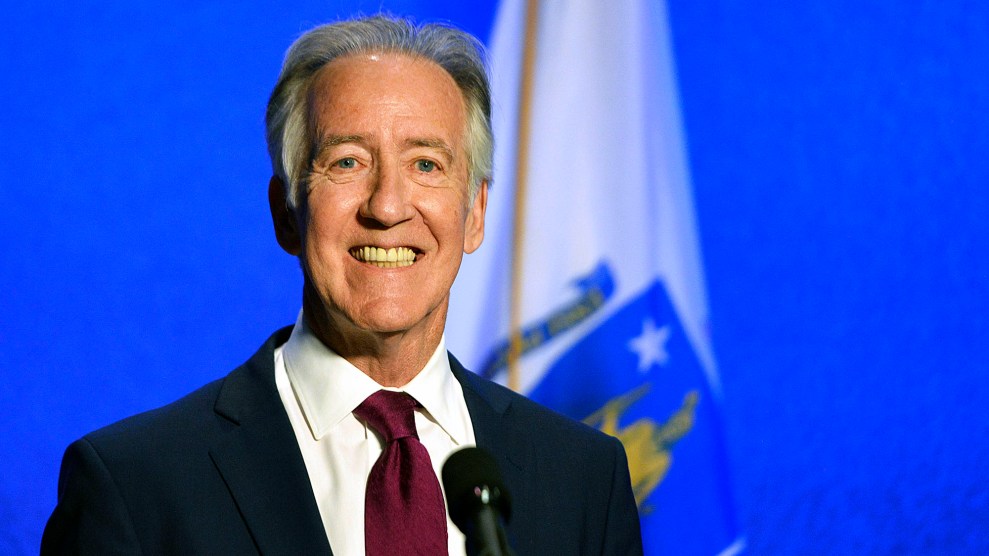 In an election cycle full of high-profile Democratic primary challenges, none of them had been as prized to progressives as the one facing House Ways and Means Chair Richard Neal (D-Mass.). But on Tuesday night, Alex Morse, the 30-year-old mayor of Holyoke, Massachusetts, lost to Neal in the 1st Congressional District.

Morse declared his candidacy last July, just about a year after Reps. Alexandria Ocasio-Cortez (D-N.Y.) and Ayanna Pressley (D-Mass.) had unseated their older, long-serving members of Congress and reenergized their party’s left flank in the process. Morse, who was first elected as mayor of Holyoke when he was 21, challenged Neal on a premise that the district would be better served by someone like him: a young, gay millennial who would side with the Squad. “People talk a lot about how the power the congressman has is seniority, but it’s not the members of Congress that have been there 20 or 30 years who are setting the agenda,” he told me last summer. “It’s those members who have been there as short as seven months.”

As chair of the House Ways and Means Committee, Neal has jurisdiction over almost all of the domestic policy agenda—a circumstance that, as I wrote last year, has been a thorn in progressives’ sides:

“Richard Neal opposes everything that’s catching fire in the Democratic Party,” [Justice Democrats’ spokesperson Waleed] Shahid says. “Neal’s basically a huge turd,” snaps Sean McElwee, the leftist provocateur and influential co-founder of the think tank Data for Progress. Neal’s committee oversees taxation, Social Security, Medicare, and welfare—nearly every economic issue Democrats hope to tackle. Yet when it comes to the policy ideas that excite the progressive base, he isn’t on board. He’s the only member of the Massachusetts delegation who hasn’t co-sponsored the Green New Deal. He asked his colleagues not to mention Medicare for All by name during a hearing called for the express purpose of discussing the single-payer proposal.

They also accused Neal of slow-walking his request for Trump’s tax returns, which a 1924 law grants the Ways and Means chair the authority to procure. Though Neal eventually did make that move in April 2019, critics say his four-month delay allowed the Trump administration time to run out the clock with court challenges—which they’ve so far succeeded in doing. (Neal also turned down an offer from New York state to request Trump’s state tax returns, arguing that doing so would complicate his federal request.)

But of even greater concern to the left was Neal’s perceived coziness with corporate interests, many of whom rushed to his financial defense when rumors of a primary challenge swirled: By the time Morse entered the race, Neal had already amassed a $4 million war chest. In Morse’s corner was a unified phalanx of influential progressive groups, such as Indivisible and the Working Families Party, whose support of insurgent candidates had been more scattershot in other contests. Last week, Ocasio-Cortez threw her support behind Morse through her political action committee, a vote of confidence that drew both national attention and donations.

Scandal haunted the final month of the campaign after the Massachusetts College Democrats made vague accusations that Morse hade made inappropriate sexual advances Morse on students at the University of Massachusetts, Amherst, where he served as a guest lecturer. The accusations nearly derailed Morse’s challenge, but subsequent reporting from The Intercept determined that the claims were both unfounded and politically motivated by supporters of Neal, who denied knowledge or involvement. In the end, the episode boosted Morse: He raised nearly half a million dollars and drew more than 400 new volunteers to his campaign as additional details cleared his name.

But ultimately, no amount of national support nor political foul play could persuade Western Massachusetts voters to choose Morse. Many still like the fact that their representative, who will almost certainly win his 17th term in November, is one of Congress’ most powerful members.