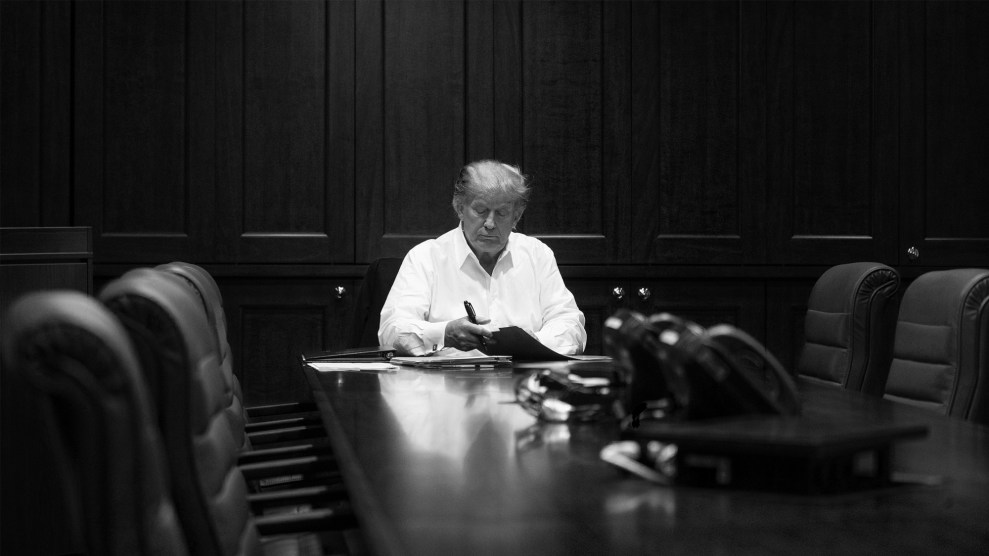 You don’t need me to tell you this: The Trump campaign gaslights you every day. That’s even more the case with a president holed up in hospital signing blank pieces of paper. On Sunday morning, the campaign took to TV in an attempt to wave its hands and make reality, poof, disappear.

You’ve all seen the photos of the White House Rose Garden event last weekend, where Trump administration members and its supporters mingled maskless to celebrate the nomination of Amy Coney Barrett to the Supreme Court. You’ve all seen Trump fans gleefully crammed cheek-by-jowl into rallies. And you’ve heard Trump himself deny the severity of the pandemic, including during last Tuesday’s debate: “We’ve had no negative effect,” he lied about his rallies (Herman Cain?) while mocking Biden for wearing a mask. Just one night before he announced his own diagnosis, Trump told a virtual event “the end of the pandemic is sight” after spending the afternoon in New Jersey raising money, maskless.

But in Trump campaign land, the president and his team have been the paragon of safety. When pressed by George Stephanopoulos about lax requirements at Trump rallies on his ABC show on Sunday, campaign official Jason Miller said they have, actually, been super safe, and accused Biden of using masks as a “prop.”

“Hasn’t the cavalier approach to masks and social distancing at these rallies been a mistake?” Stephanopoulos asked Miller. “Will it change going forward?”

“We give everyone coming to rallies or events, we give them a mask. We check their temperature,” Miller said. “It hasn’t been cavalier at all.”

But the attack on reality didn’t stop there. “I would say that with regard to Joe Biden, I think too often he’s used the mask as a prop,” Miller said. “He could be 20, 30 feet away from the nearest person and still have the mask on. That’s not going to change anything that’s out there.”

In other words, to answer Stephanopoulos’s question more directly: No, nothing will change going forward.

As if his boss isn't in a hospital right now, Trump Campaign adviser Jason Miller goes on TV to say of Joe Biden, "too often he's used the mask as a prop." pic.twitter.com/dGjICtbSQj