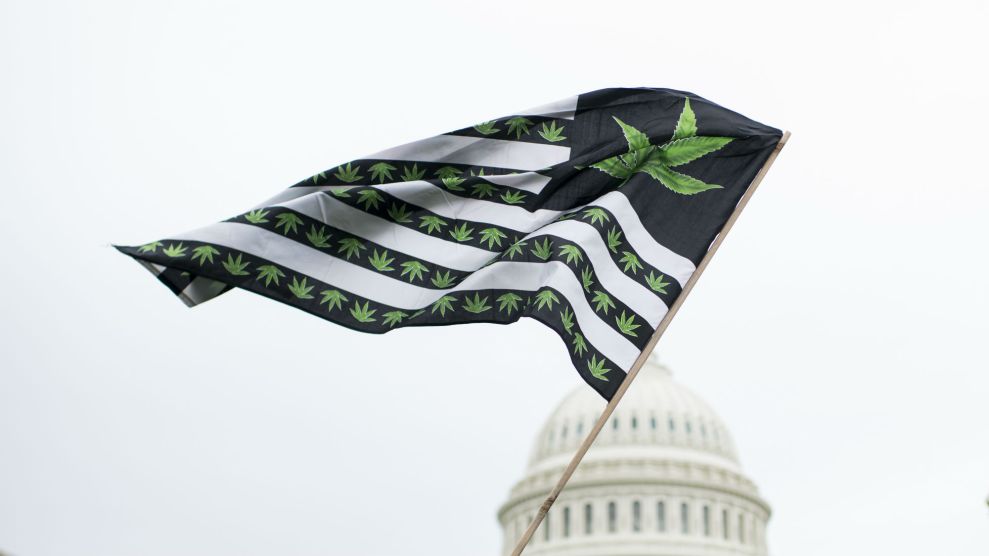 There was at least one clear winner on Election Day: legal weed.

“With the passage of these initiatives, one-third of the population now lives in jurisdictions that have legalized cannabis for adult use, and 70 percent of all states have embraced cannabis for medical use,” Steve Hawkins, executive director of the Marijuana Policy Project, an advocacy group, said in a statement. “The federal government is out of step with a clear national trend toward legalization.”

The vote allows New Jersey officials to begin the thorny, potentially lengthy process of establishing rules related to regulating and testing cannabis and issuing licenses, including how many permits to grant — and to whom.

It also instantly raises the ante for neighboring states like New York and Pennsylvania, increasing pressure on lawmakers who support legalization to take action or risk losing the competitive edge to New Jersey in what is expected to be one of the largest marijuana markets in the country.

Arizona’s Proposition 207…legalizes marijuana possession and use for adults 21 or older, and allows individuals to grow up to six cannabis plants. It charges the Arizona Department of Health Services with licensing and regulating marijuana businesses, from retailers to growers, and imposes a 16 percent tax on sales. Local governments can ban marijuana businesses within their borders, however. It also lets people with marijuana-related criminal records petition for expungement.

The outcome means Mississippians with debilitating medical conditions will be able to get medical marijuana with a doctor’s approval. Initiative 65 requires the medical marijuana program to be running by August 2021.

The recreational measure, which is a constitutional amendment, will make it so people 21 and older will be able to possess and distribute up to one ounce of marijuana, and they will also be allowed to cultivate up to three cannabis plants. Upon formal passage, legalization will become the law on July 1, 2021. The Department of Revenue will be charged with developing licensing regulations by April 1, 2022.

The medical cannabis initiative will make a statutory change to allow patients suffering from debilitating conditions to possess and purchase up to three ounces of marijuana from a licensed dispensary. The state Department of Health will have until October 29, 2021 to enact regulations for the program and then must issue patient registration cards by November 18.