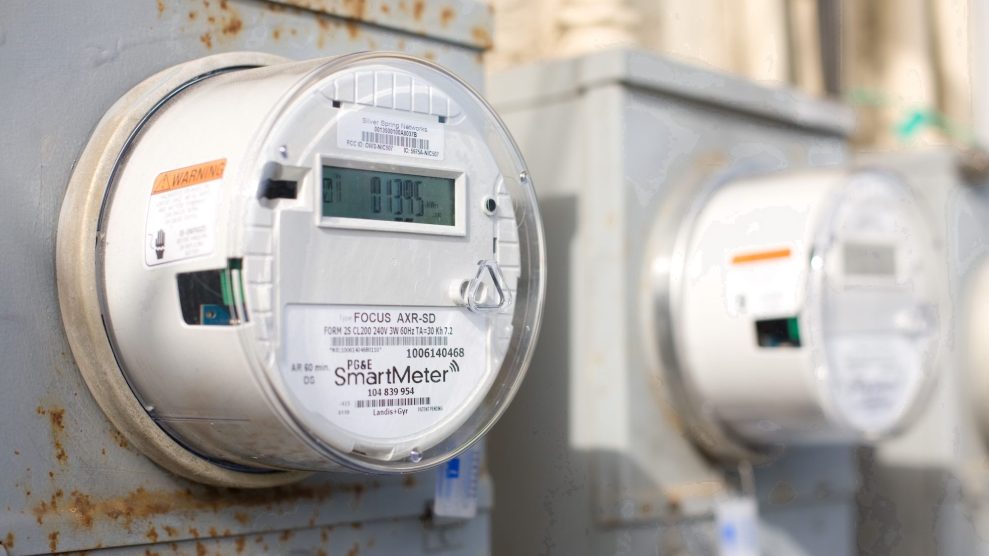 After she was furloughed from her job at a Tennessee Valley Authority nuclear plant three weeks ago, Toni burned through her savings stocking up on essentials: propane, toilet paper, shampoo and food.

The 38-year-old single mother had her two high schoolers and her 20-year-old daughter, home from college, to care for, and they needed enough to survive on as the novel coronavirus pandemic wreaked havoc across the country and brought the economy screeching to a stop.

She filed for unemployment almost immediately. But, weeks later, the check hasn’t come and the bills keep mounting. Across the country, utilities and states have enacted policies to stop service shut-offs for nonpayment. As an employee of the federally owned power company that generates nearly all of Tennessee’s electricity, she figured the utilities that distribute that energy would follow suit.

Last week, she called the Dayton Electric Department, the municipal power distributor in her small town in central Tennessee, to let them know she’d be late on her bill. The response was unsparing, she told HuffPost on Friday evening.

“They basically told me they’ll give me five extra days, and I’d accrue late fees, and if I couldn’t pay it they’d have to run it off,” said Toni, who asked to keep her last name private for fear of drawing unwanted attention to her daughters. “They said if they let everyone not pay, they’d be losing money, and it wasn’t their problem.”

If she doesn’t come up with $236, plus $26 in late fees, the utility said, her power would be shut off Monday. It would have been Friday, but the city government was closed for Good Friday.

If her unemployment check doesn’t come Saturday and she can’t muster the cash, the cost of getting the power back on will go up more. With the $65 reconnection fee, the total bill will come to $327.

“I’m hoping and praying my unemployment comes in tomorrow,” she said Friday. “It’s really stressful. I’m not going to lie, it doesn’t make you sleep good at night knowing that in a few days your kids are going to have the power off.”

Dayton Electric did not return a call Friday requesting comment.

This is the stark reality for many Americans, particularly those in rural parts of the South, whose utility providers operate outside the bounds of the state regulatory orders and corporate pledges to keep the power and heat on during a pandemic that requires anyone who can to stay home.

In the Southeast, particularly in Tennessee, the electrical system dates back to the early 20th century, when the New Deal funded vast public power projects to electrify a poor region that private utilities, unable to turn a profit, simply left in the dark. In an ironic historical twist, that system now leaves millions at the mercy of small-town nickel-and-dimers.

Like many states, the Tennessee Public Utility Commission directed power companies to stop disconnecting service to households that couldn’t afford their bills as the pandemic induced a wave of layoffs that shattered weekly jobless claims records for the past three weeks in a row.

But its March 31 order applied to just three for-profit, investor-owned electric companies. The vast majority of Tennessee is served by a decentralized network of public power providers that exists outside the state’s authority.

That’s why Toni is days from losing power even as friends in a neighboring town can check electricity off their list of concerns as bills stack up and savings dwindle. Adding to the complexity is the fact that, in both cases, the TVA generates the actual electricity the utilities are selling. On March 26, the TVA extended a $1 billion credit line to local power companies. It also deferred payments in hopes of granting “regulatory flexibility to allow local power companies to halt disconnection of electric service.”

“The strength of public power is a passionate commitment to serve people over balance sheets,” Jeff Lyash, the TVA’s chief executive, said in a statement. “This is perhaps more critical today than it has ever been.”

“Where there’s a scattered response, you see some utilities implementing these policies and others telling customers and members they can’t make exceptions in hard times or it’d encourage some to abuse the system.”

Seeking firmer assurances, advocates urged the Tennessee Valley Public Power Association, the consortium that represents the TVA’s local distributors, to call for a blanket moratorium on shutoffs. But the group refused, claiming it “would be intruding on local control to issue such a recommendation,” said Bri Knisley, the Tennessee coordinator at Appalachian Voices, a regional environmental and anti-poverty nonprofit.

“When the utilities use the cover of local control without actually giving the public local control, you end up with a situation like this,” Knisley said by phone Friday. “Where there’s a scattered response, you see some utilities implementing these policies and others telling customers and members they can’t make exceptions in hard times or it’d encourage some to abuse the system.”

Deflated, Knisley turned to the governor. On Wednesday, more than two dozen nonprofits―including Appalachian Voices and local chapters of the NAACP and the Sierra Club―wrote a letter to Tennessee Gov. Bill Lee (R) asking him to “put the full weight of your administration behind protecting the public’s health and safety during this time of crisis” and issue a statewide moratorium on all utility shutoffs.

“By taking the measures above to halt utility service shut offs and fees, you can address some of the burdens that are affecting the lives of everyday Tennesseans the most,” the letter said. “Now more than ever, residents and businesses across the state need to know they will get the immediate assistance they require.”

Such a move has precedent. In Mississippi, the state attorney general stepped in to expand the Public Service Commission’s powers to cover utilities “not ordinarily within its regulatory jurisdiction.” In North Carolina, the governor issued a similar order to cover the 26 rural electric co-ops that fell outside the state Utilities Commission’s March 19 ban on shutoffs.

But on Thursday, Lee’s office told Knisley it was “receiving hundreds of advocacy letters,” so “it’s probably not reasonable for us to expect a response.” A spokesperson for the administration did not respond to a request for comment on Friday evening.

Nearly half the state, meanwhile, remains subject to disconnections, according to a map the Knoxville News Sentinel has kept updated on its website.

It’s difficult to know just how many Americans are struggling without electricity or heating right now.

There is scant national survey data. In 2015, the last year the federal Energy Information Administration polled residential energy consumers, 1 in 3 U.S. households reported struggling to keep up with electricity and heating bills. When the Census Bureau conducted the Department of Housing and Urban Development’s most recent American Housing Survey in 2017, it found more than 18.4 million U.S. households―roughly 15 percent of the population―received notices threatening to terminate utility service for nonpayment in the first three months of that year. Of those, 1.2 million households’ service was shut off.

Though most investor-owned utilities had vowed to stop disconnecting service, few agreed to reconnect households who lost power before the moratoriums took effect. In northeast Ohio, for example, the investor-owned giant FirstEnergy Corp. left hundreds of households without electricity weeks after it pledged to stop shutoffs, HuffPost reported last month.

House Democrats proposed a nationwide moratorium on utility shutoffs last month as part of the $2.2 trillion stimulus bill that passed. But the provision was stripped from the Senate version. Sens. Ed Markey (D-Mass.), Elizabeth Warren (D-Mass.) and Kamala Harris (D-Calif.) proposed legislation that could be included in the next aid package Congress considers.

But in rural towns like Dayton, draconian policies on utility shutoffs come with an added sting. People are charitable with their neighbors.

“We live in a small country town. Football’s big, softball’s big. We’re not overrun by meth or anything. We don’t have a lot of drugs or crime in our area,” Toni said. “We have a lot of people who help each other out.”

Until she was furloughed, Toni said she donated $30 a month of her paycheck to Helping Hands of Dayton, a nonprofit that provides services to those in need. She never thought of herself as someone who’d need it. But even there, the policies to help with utility bills require applications that take weeks for approval.

On Thursday, Toni was scrambling to buy herself more time. She offered to pay Dayton Electric her last $100, hoping she could pay down some of the bill and make the rest up later with her unemployment or federal stimulus check―whichever one came first. The utility, she said, balked at the offer.

“They labeled me as, like, ‘You’re one of the ones waiting on a stimulus check?'” she said. “I said, ‘No, I work for TVA power. We’re furloughed. I don’t receive any assistance and I’m a single mom. I work. I own a home. It’s not just people who are low income.”

She sighed. “When the country closes down, it’s hard. You’re no different than nobody else. And, look: If I’m struggling, I’m sure there’s someone worse than me who’s really struggling. We should have compassion for one another.”

On April 11, Toni told HuffPost that readers who contacted her on Saturday after this story was published have donated enough money to cover her bill.