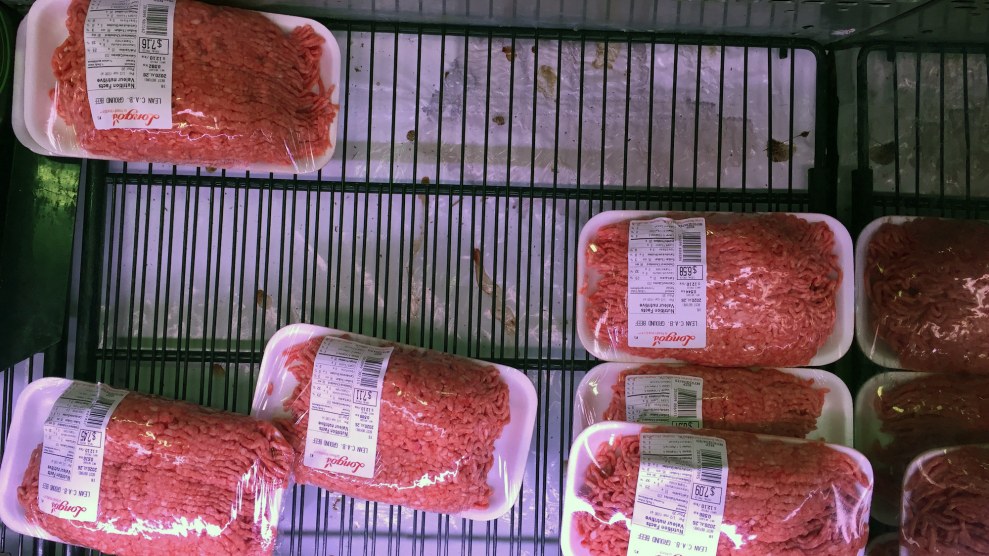 Update (4/29/2020): On Tuesday night, President Trump issued an executive order declaring that the US Department of Agriculture “shall take all appropriate action” under the Defense Production Act “to ensure that meat and poultry processors continue operations.”

But such a closure is about to become illegal: The Trump administration plans to invoke the Defense Production Act (DPA) to force meat companies to remain open during such outbreaks, Bloomberg’s Jennifer Jacobs reported on April 27, citing “a person familiar with the matter.”

The news comes amid a state of increasing chaos in the industry. At least 15 meatpacking plants nationwide are currently shuttered due to spikes in COVID-19 cases among employees, idling about a quarter of US pork output and 10 percent of beef.

“The food supply chain is breaking,” John Tyson, chairman of the board of meat giant Tyson Foods, recently stated in a full-page ad published in the New York Times, the Washington Post, and several other newspapers. Warning of impending meat shortages, Tyson called on on “government bodies at the national, state, county and city levels” to ensure that meatpacking plants “remain operational so that we can supply food to our families in America.”

Magaly Licolli, executive director of Venceremos, an Arkansas workers’ rights group that focuses on the poultry industry, said invoking the DPA to keep plants humming during an outbreak constitutes a “direct attack to our workers and their communities, knowing that the majority of them are immigrants, refugees, people of color—the most vulnerable people in society.”

When I spoke to workers at poultry plants in Arkansas and Texas for a recent piece, they reported going to their job in fear of coming down with the virus and bringing it home to their families. For many workers, social distancing is virtually impossible in a high-production modern plant, and they told me that for the first several weeks of the crisis, protective masks were scarce.

Hours before publishing her Bloomberg story, Jacobs asked Trump what steps he would take to bolster the food supply under strain from COVID-19. His answer focused on the meat industry—and in particular Tyson Foods. “He told us he will do an EO [executive order] to help Tyson Foods with a “liability” problem,” Jacobs reported on Twitter.

I asked if Trump administration taking any action to protect the U.S. food supply, on closed meatpacking plants or, say, maybe ban exports of pork. He told us he will do an EO to help Tyson Foods with a “liability” problem. Food supply is ok, he told us. pic.twitter.com/6gIB3nDJCN

It’s unclear what Trump meant by “liability.” The White House did not immediately return a request for clarification.

But here’s a theory. Already, 20 meatpacking and food-processing workers have died from COVID-19, and more than 5,000 have contracted the disease, according to the United Food and Commercial Workers International Union. What if workers and their families start suing, claiming that the companies’ practices made them sick? Already, one worker—at a Smithfield plant in Milan, Mo.—filed a lawsuit claiming management was not sufficiently protecting workers from the risk of COID-19, and demanding that it follow Centers for Disease Control and Prevention guidelines.

A president invoking the Defense Production Act to require meatpacking firms to keep their plants running during outbreaks would provide a “solid basis” for shielding the firms from suits like this, said Jennifer Zwagerman, director of Drake University’s Agricultural Law Center. She noted that Walmart was recently sued for wrongful death by the family of a worker who died from COVID-19 complications.