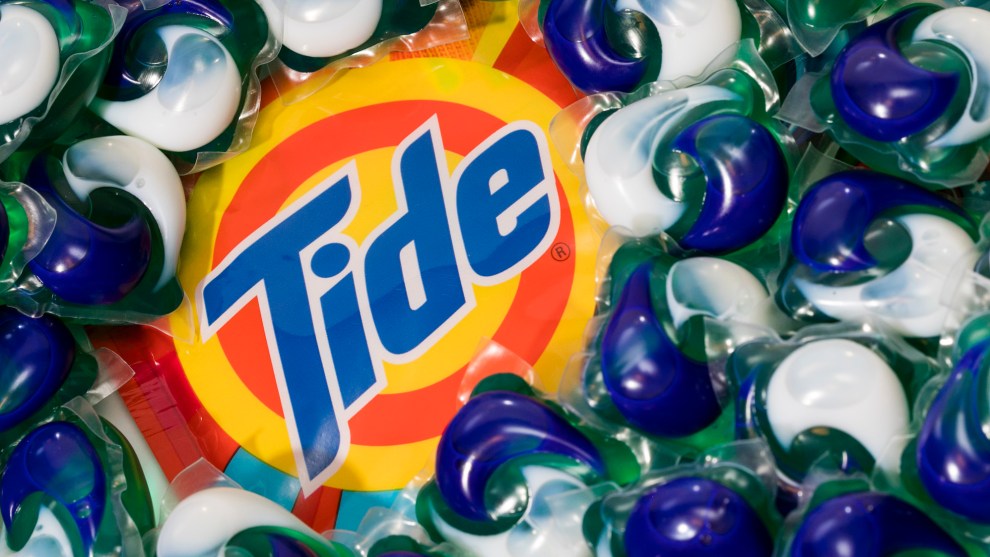 On Thursday evening, after the Labor Department reported that 4.4 million Americans filed jobless claims in the past week, California announced its deadliest day since the start of the coronavirus pandemic, and New York City’s top health official estimated that a million New Yorkers have already been exposed to the virus, President Donald Trump speculated about the possibility of curing COVID-19 patients by injecting them with disinfectant or exposing the insides of their bodies to ultraviolet light.

Trump’s comments at the daily coronavirus task force briefing came after William Bryan, the Department of Homeland Security under secretary for science and technology, gave a presentation about new research into how long the virus can survive under different environmental conditions. According to Bryan, “emerging results” show that the virus degrades faster in warmer temperatures and higher humidity, and that it dies quickest when exposed to direct sunlight. However, Bryan was careful to say that it would be “irresponsible” to suggest this means summer should be a “free-for-all.” He also noted that bleach and ammonia are effective ways to kill the virus on surfaces.

Trump quickly seized on the findings to brag that he had once predicted the virus would “go away” when exposed to heat. (“I think when we get into April, in the warmer weather, that has a very negative effect on that and that type of a virus,” he said in one interview in February. “So let’s see what happens, but I think it’s going to work out fine.”) But then, of course, Trump could not resist pushing beyond what the science says, noting that he has asked DHS science officials to examine whether UV light can be used to “hit the body” or somehow used “inside the body, which you can do either through the skin or in some other way.”

“And I think you said you’re going to test that too?” he asked Bryan.

“I see the disinfectant knocks it out in a minute,” Trump continued, now entering magical thinking mode. “And is there a way we can do something like that, by injection inside, or, almost, a cleaning? Because you see it gets in the lungs and it does a tremendous number on the lungs.”

Though he was more measured than Trump, Vice President Mike Pence also tried to spin a sunny scenario, based on several factors, that “could well give us a summer respite from the coronavirus.”

(Scientists, for the record, are still unsure of how the heat of summer will affect the coronavirus. Two weeks ago, the National Academies of Sciences, Engineering and Medicine published a report saying that while some laboratory data suggests that higher temperatures and humidity levels kill the virus faster, many other factors influence its transmission between humans in the “real world.“)

At one point, Trump mused to Dr. Deborah Birx, the response coordinator for the White House Coronavirus Task Force, “I would like you to speak to the medical doctors to see if there’s any way that you can apply light and heat to cure.”

Washington Post reporter Philip Rucker pushed back. “Respectfully, sir, you’re the president, and people tuning into the briefings, they want to get information and guidance and want to know what to do. They’re not looking for rumor.”