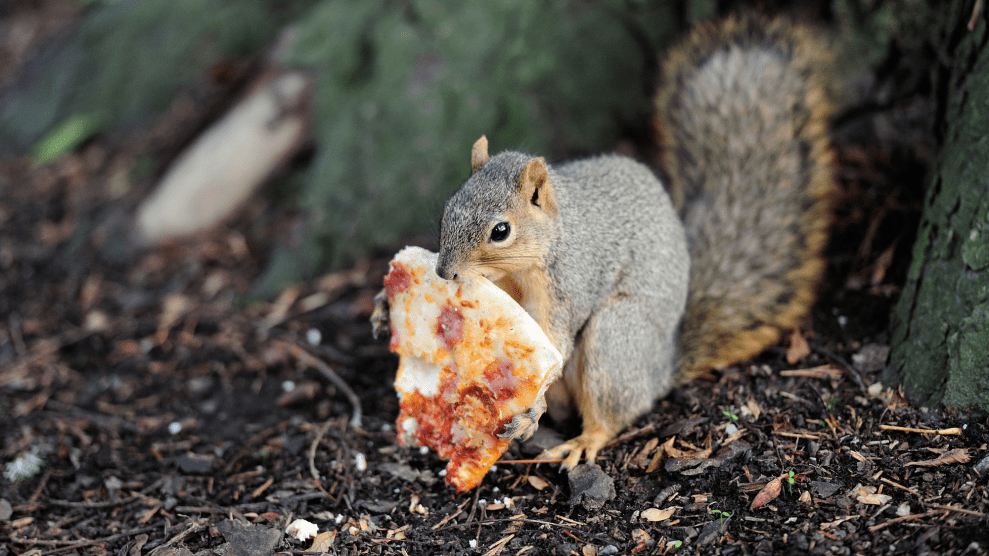 The apocalypse sucks, but the memes have never been better. Stuck inside, newly unemployed, people have seemingly endless time to film elaborate Tik-Toks and remix Cardi B. It’s a coping mechanism—as Wendy Williams sings in this auto-tuned clip from her 2019 appearance on The View that somehow came up on my feed, “If we don’t laugh, then we’ll cry.” And no meme has interrupted my crying as much as the various spins on “nature is healing, we are the virus.”

The meme satirizes an earlier trend of people earnestly posting photos of pollution clearing up over major cities and animals “returning” to urban environments, as if these were their natural habitats. “We are the virus,” people declared on Twitter. The idea was that nature is better off when humans stay inside. But without belittling the benefits of Wuhan residents breathing cleaner air, or the Himalayas being visible in northern India for the first time in decades, I can’t help but sense troubling naiveté in the idea that nature is healing. That’s what makes the ironic version, the memes, so compelling.

Here’s the sentiment expressed in earnest:

Here's an unexpected side effect of the pandemic – the water's flowing through the canals of Venice is clear for the first time in forever. The fish are visible, the swans returned. pic.twitter.com/2egMGhJs7f

Animals are returning to nature. We are the virus. pic.twitter.com/hayybaymND

Sure, COVID-19 has people driving less and taking fewer flights. But nearly empty planes are still crossing our skies, by decree of the airline industry bailout. Animals who move into cleared city streets, while cute, may actually be in danger. Trump has relaxed environmental protections and classified meat production as “critical,” sacrificing workers, animals, and much of our carbon budget. The push to get everything “back to normal” will jumpstart pollution in no time. CO2 levels are hitting their highest point in human history.

But Delilah, you say to me. This is no comfort. We’re already dealing with a global pandemic. Do you have to remind us of the even greater crisis?

To which I respond, sry, ya, i do. A few months of humans being on lockdown does not the Earth heal. That will require an immense effort, which, lest we forget amid our present troubles, has hardly even begun. But while my favorite corona-viral meme mocks absurd contrasts between the natural world and consumer detritus (see: Furbies sitting in a leaf-bare tree), the relief it offers is more than just comic. Humans and cities aren’t separate from nature. Our fates are deeply intertwined. And “we” are not the metaphorical virus plaguing Earth—the capitalist system is.

As Greta Thunberg writes in her family’s recent book Our House Is on Fire, “Our emissions are the main problem. Not the people. Most humans live well inside the planetary boundaries….So if you want to limit the population to save resources, you ought to start a campaign to rid the world of billionaires.”

with everyone off the roads, air pollution is finally clearing up. I took this picture in my backyard just this morning. the earth is healing, we are the virus❤️ pic.twitter.com/sxGC6MFWUq

In my favorite iteration of “nature is healing,” people place an emoji heart after “we are the virus.” It renders the unsettling phrase trite and hollow, like celebrities singing “Imagine,” or feel-good posts that idolize essential workers as “heroes” without recognizing the everyday precarity that forces people to work in unsafe conditions, pandemic or not (we’re all in this together ❤️). Our world is complicated and fucked up, and the ways people respond online are often hilariously glib. Memes, at their best, turn that shit into gold, alchemizing collective consciousness out of lolz.

If the TikToking kids of Gen Z have taught me anything, it’s that irony is nonbinary: You can laugh at things while also taking them seriously. Sometimes it’s the only way. If we don’t laugh, then we’ll cry.

This photo of the Hudson River was taken yesterday. The earth is healing. We are the virus. pic.twitter.com/QDTizi2i6Q