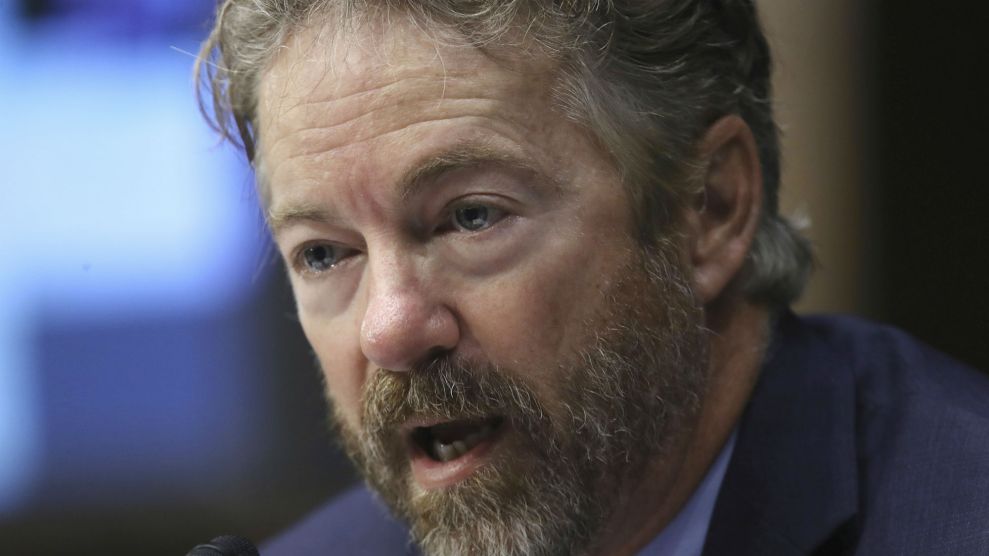 During a hearing before the Senate health committee on Tuesday, Dr. Anthony Fauci—the director of the National Institute of Allergy and Infectious Diseases—had a heated exchange with Sen. Rand Paul. The back-and-forth came when the Kentucky Republican argued that it would be a “huge mistake” not to reopen the schools in the fall and pointedly criticized Fauci. “As much as I respect you, Dr. Fauci, I don’t think you’re the end-all,” Paul said. “I don’t think you’re the one person that gets to make a decision.” Paul also downplayed the dangers of reopening the US economy and blasted scientists for making “wrong prediction, after wrong prediction, after wrong prediction.”

“We’re opening up a lot of economies around the US, and I hope that people who are predicting doom and gloom, and saying, ‘Oh, we can’t do this, there’s going to be a surge,’ will admit that they were wrong if there isn’t a surge,” Paul said. “Because I think that’s what’s going to happen.” He added that “outside of New England, we’ve had a relatively benign course for this virus nationwide.”

Paul noted that death rates from COVID-19 among children have been extremely low and went on to argue that local authorities should decide on a case-by-case basis whether to open schools in the fall. “If we keep kids out of school for another year, what’s going to happen is that poor and underprivileged kids who don’t have a parent that’s able to teach them at home are not going to learn for a full year…I think it’s a huge mistake if we don’t open the schools in the fall.”

Fauci also addressed Paul’s assertions about the risks to children. “We don’t know everything about this virus,” he said. “And we really better be very careful, particularly when it comes to children. Because the more and more we learn, we’re seeing things about what this virus can do that we didn’t see from the studies in China or Europe.” For instance, a small number of children have shown symptoms of a mysterious inflammatory syndrome thought to be linked to COVID-19.

“You’re right in the numbers that children, in general, do much, much better than adults and the elderly and particularly those with underlying conditions,” Fauci concluded. “But I am very careful, and hopefully, humble in knowing that I don’t know everything about this disease.”

Fauci: "I have never made myself out to be the end-all and only voice in this. I'm a scientist, a physician, and a public health official." pic.twitter.com/6gQ6i1awhn