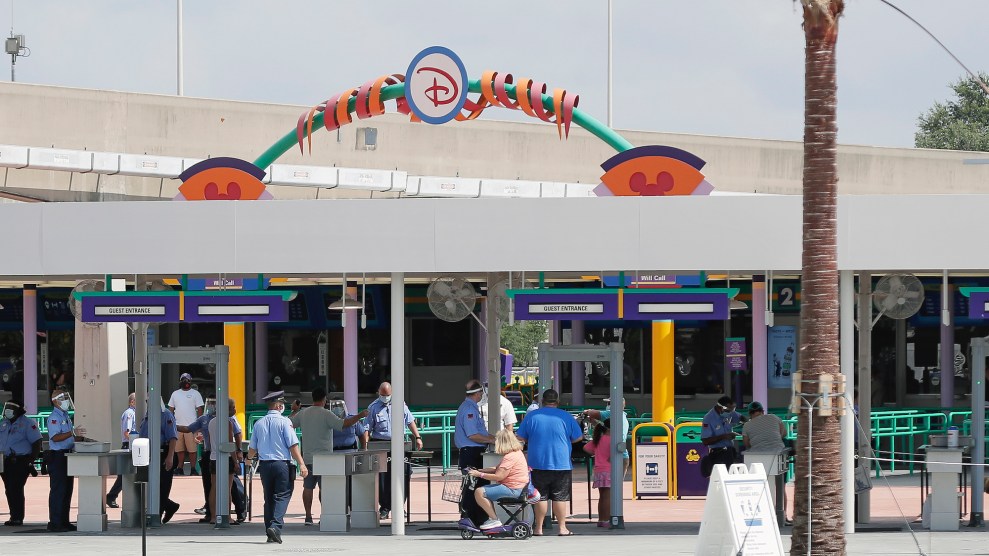 The United States had a record-setting coronavirus week: On Friday, there were 68,000 new cases, the seventh record-high total in 11 days. Meanwhile, the first signs are appearing that the number of deaths is starting to rise. Despite the increasingly grim numbers, which in terms of hospital capacity and availability of necessary medical equipment and personal protective gear, are starting to resemble low points of the spring, some states are wavering on whether to issue new orders to stay home or pause reopenings in progress. Texas’ Republican governor Greg Abbott, who previously resisted local efforts to control the virus, announced that if the state’s numbers keep increasing, he would reinstitute an “economic lockdown.” Also on Friday, Atlanta’s Democratic mayor, Keisha Lance Bottoms, moved to rollback the city’s reopening—though Georgia’s GOP governor Brian Kemp put out a statement noting Lance Bottom’s orders weren’t mandatory.

In Florida, which has been particularly hard-hit, Disney World reopened on Saturday, despite the protests of many employees.

The number of new cases has been rising particularly quickly across the South and West, but President Donald Trump and his political allies have celebrated the fact that the number of reported deaths even in those regions continued to decline. Despite the president’s optimism, many medical experts warned that the number of deaths is typically a lagging indicator. Based on the most recent numbers, those warnings may be coming true as there were 827 deaths on Friday, according to a New York Times database of COVID-19 cases, a 13 percent increase over the last two weeks.

As recently as Tuesday, Trump was still bragging about how low the United States’ mortality rate was, but has been silent on the issue since:

“COVID-19 (China Virus) Death Rate PLUNGES From Peak In U.S.” A Tenfold Decrease In Mortality. The Washington Times @WashTimes Valerie Richardson. We have the lowest Mortality Rate in the World. The Fake News should be reporting these most important of facts, but they don’t!

Despite Florida’s numbers, Disney World stuck to its plan to reopen on Saturday, admitting guests who had pre-registered, to two parks, with greatly reduced limits on number of guests at any one time. To celebrate, Disney released a peppy welcome video, featuring masked employees cleaning:

But not all employees are pleased with the reopening—a petition created by employees asking management to not reopen has been signed by at least 20,000 people. A handful of other amusement parks also planned to reopen this weekend.