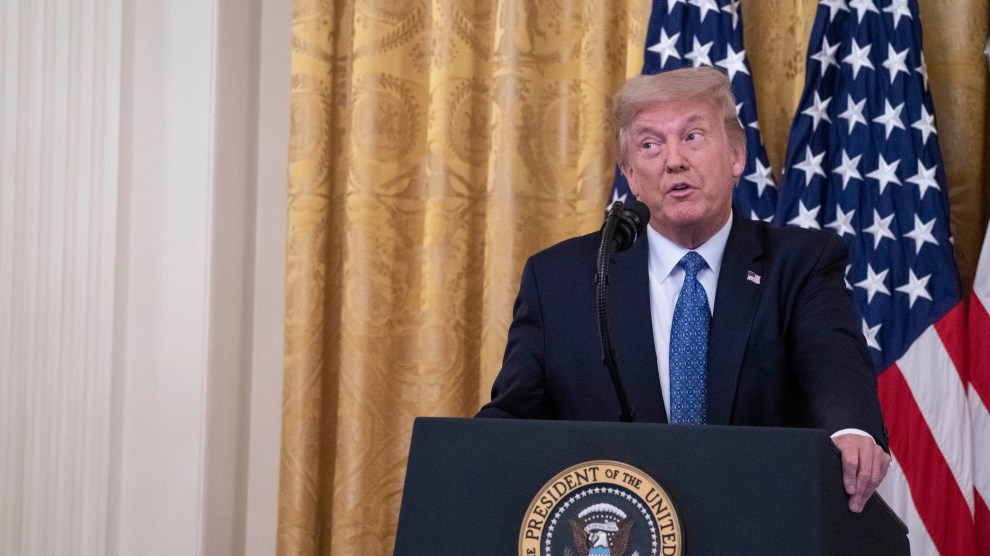 President Trump pushed his desire to see schools reopen in his Wednesday evening coronavirus briefing, claiming that “a lot of people are saying” kids are unlikely to transmit the coronavirus to adults. Sorry, but the science—at least for now—isn’t saying that.

“They don’t transmit very easily,” Trump said when asked whether he was concerned that opening up schools would lead children to spread the virus to older family members. “They don’t catch it easily, they don’t bring it home easily, and if they do catch it, they get better fast.”

It’s certainly a consoling thought. But, as my colleague Jackie Mogensen recently reported, the science is still unclear. We do know, she wrote, that “children can become infected,” and it seems they tend to have milder symptoms than adults. But, she adds:

All this begs the question that’s crucial for schools in particular: If children show milder symptoms, does that mean they aren’t spreading the virus as much? That’s not totally understood, Zeichner says. “The likelihood of transmission depends on the amount of virus that somebody is producing, and the interaction of the person with the virus with the person who isn’t infected,” he says. “It is likely that children and adults with fewer symptoms may be producing less virus, which probably makes them less likely to transmit the infection.” But researchers are still investigating whether that’s the case.

And even those investigations are thorny. As our other colleague Kiera Butler wrote earlier this week, we can’t even be sure that the incubation period—the time between exposure to the virus and onset of symptoms—for kids is the same as that of adults.

Since there’s no consensus about whether children are less likely to transmit the virus to adults, there’s no consensus among public health experts about whether schools should reopen their doors to students. But that hasn’t stopped Trump from handing off the responsibility for reopening schools to local leaders while blindly hoping that the science works out. That always goes so well.

As a bonus, Trump proclaimed at the end of the briefing that he has “done more for Black Americans than anybody, with the possible exception of Abraham Lincoln.” There does seem to be a clear consensus on that one.