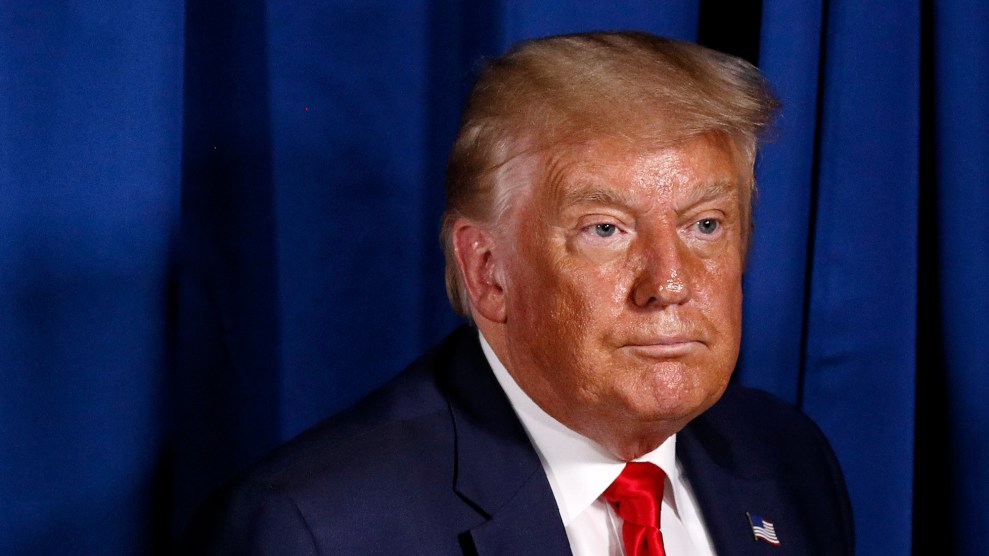 President Trump thinks that just because there are coronavirus outbreaks around the world, he’s off the hook. That, and the only reason that the pandemic is raging unchecked is because terrific testing is revealing cases. With these twin denials, Trump has drilled an escape hatch from reality through which he can slip out to the golf course, comforted by the knowledge he’s doing the best job in the world, and even if he isn’t, the rest of the world is losing anyway, so what can a president do?

Today, Trump tweeted that the “fake news” isn’t covering an outbreak in the Australian state of Victoria. It is, of course. But this is an exercise in “Who are you gonna believe? Me or your lying eyes?” to deflect blame. If only the media covered other countries, they’d see just how much to not blame him.

Big China Virus breakouts all over the World, including nations which were thought to have done a great job. The Fake News doesn’t report this. USA will be stronger than ever before, and soon! https://t.co/pZwjvgmVTO

He picked the wrong country. Australia’s response to this recent outbreak proves him dead wrong.

After clocking record numbers of community-spread coronavirus cases—671 new coronavirus cases since Saturday, after a horrific week—the state of Victoria in southeast Australia announced it was moving to the strictest lockdowns the country has seen so far, after successfully tackling its first outbreaks earlier this year. Melbourne, Australia’s second-biggest city, is enforcing an overnight curfew, backed by fines and other police powers, as a “state of disaster” was declared in the state. The latest stay-at-home order will last six weeks.

But for all the reasons to criticize Australia’s response, denial isn’t one of them. And the difference in responses between the US and Australian responses couldn’t be starker. Trump aggressively advocates against the kind of measures Victoria is embracing as it faces down a new spike, insisting instead on unfettered opening up, flouting social distancing himself by organizing rallies. Trump has pushed the nation’s response almost entirely to governors; Australia runs a nationally coordinated response, with scientists put in the driver’s seat. There’s now a mask mandate in Victoria; Trump’s relationship with masks is, well, bad. Australia outpaces the US in tests per thousand people. The list goes on.

And then you look at the actual numbers, which speak for themselves. In Australia, just 1 in 1,445 people have contracted the coronavirus, according to the New York Times. In the US, it’s 1 in 71.