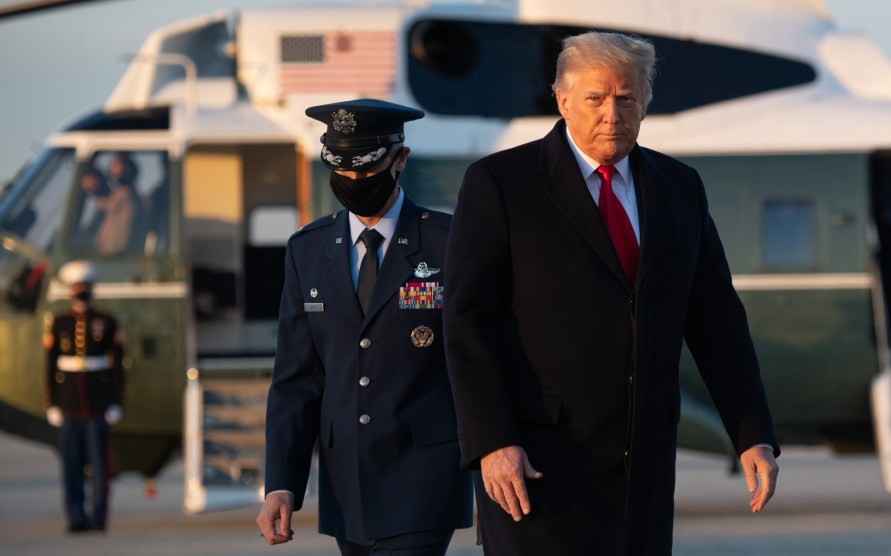 On Saturday night, President Donald Trump failed to sign the $900 billion coronavirus relief bill extending key provisions from the CARES Act. The consequences are immediate and many: an at least temporary lapse of unemployment benefits, the loss of the $300 unemployment federal bonus for this coming week (that the bill planned to roll out), and another looming government shutdown. The bill included vaccine distribution money, emergency rent assistance, and small business aid. As my colleague Hannah Levintova reported, when the COVID-19 relief bill passed the Senate, the unemployment measures alone would keep nearly 5 million from falling into poverty in January 2021.

Despite the $600 stimulus checks being negotiated by Treasury Secretary Steve Mnuchin, Trump criticized the amount for being too little and called on Congress to cut “pork” from the measure. Democrats happily joined Trump in attempting to bump the checks to $2000. But the new measure failed in the House.

This morning, Republicans have urged Trump to sign it on talk shows. “You don’t get everything you want, even if you’re the president of the United States,” said Senator Pat Toomey of Pennsylvania. But the money is still waiting, in limbo.

In the meantime, millions will suffer. What are the consequences of a lag in this aid? “Foreclosures, hunger, homelessness, suicide,” Michele Evermore, a senior policy analyst for the National Employment Law Project, told the New York Times.

But let us take this from the abstract.

For Rockie McMahan, the last day of unemployment relief was dolled out on Christmas Day, according to reporting by the Texas Tribune earlier this week. “I’m flat broke,” said the Amarillo, Texas woman, who was sleeping in her 2007 Ford Fusion. In Austin, Texas, another woman told a local TV station that she is down to her last $100. “I lost so much weight because I don’t eat. I can’t afford nothing,” a woman in San Antonio said to the Tribune.

In the next few months, tens of millions face potential eviction. An Ohio woman, Jo Marie Hernandez told USA Today she and her child “can’t wait a few weeks for help. We’re starving and will be out on the street soon.” According to data collected in a national survey by the Census Bureau, over 6 million Americans fear eviction or foreclosure is somewhat to very likely. In North Carolina, Washington D.C., and South Dakota, this number is highest—around 50 percent are worried about not making rent. In Arkansas, over 15 percent of households said they did not have enough food over the last seven days. Over 80 million say it has been difficult to pay basic household expenses. Food banks, and organizations that track hunger, say that over 50 million will have experienced food insecurity by the end of this year. Just last week, over a million Americans filed new unemployment claims.

On December 23, the New York Times reported that Nicole Craig spent the last $7 in her bank account on tinsel for a small tree for her child’s first Christmas.

“I’m really afraid of what’s going to happen,” she said, worried that the pandemic relief wouldn’t be coming.