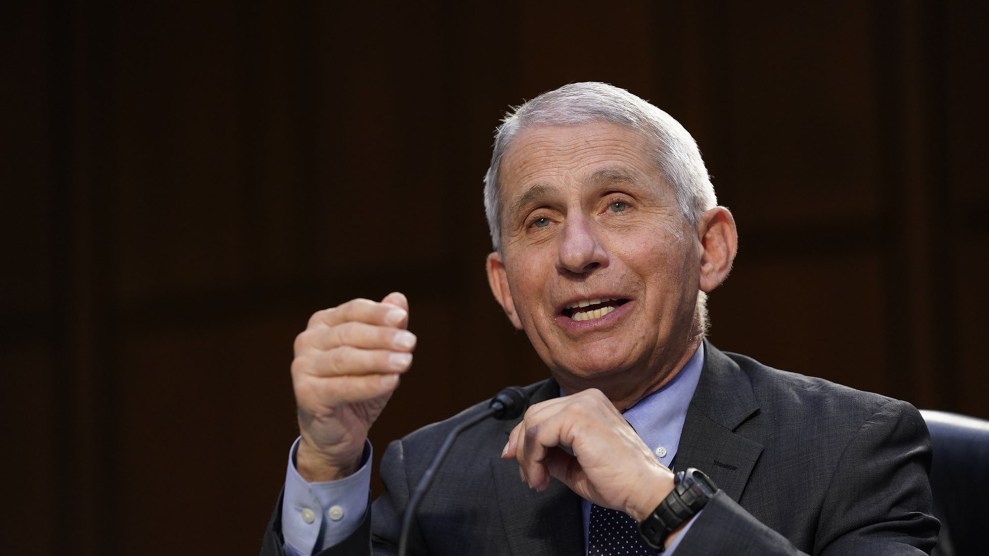 In a series of Sunday show interviews, Dr. Anthony Fauci said he expects the pause on the Johnson & Johnson COVID-19 vaccine to end when the Centers for Disease Control and Prevention’s independent vaccine advisory committee meets on Friday to discuss the issue.

“I would be very surprised if we don’t have a resumption in some form by Friday,” Fauci said. “I don’t really anticipate that they’re going to want it stretch it out a bit longer.”

On Tuesday, the CDC and Food and Drug Administration recommended that states temporarily stop using the J&J vaccine following reports that six women who had received the vaccine developed a rare blood clot. Potential complications from the vaccine, which is highly effective at protecting people from COVID-19, have been extremely rare. More than seven million Americans have received the J&J vaccine, and only one person is known to have died of a blood clot that may have been linked to it. Public health officials said this week that the pause was made “out of an abundance of caution.”

Fauci defended the initial pause, saying that it was important “to make sure that you have all the information that you need.” He explained that the pause provided additional time to study potential complications and inform physicians about how to treat them.

The CDC committee, not Fauci, who serves as President Joe Biden’s chief medical adviser, will decide whether to recommend resuming use of the J&J vaccine. In an appearance on CNN’s State of the Union, Fauci stressed that he didn’t want to get ahead of the CDC and Food and Drug Administration. But he did say, “I would imagine that what we will say is: that it would come back and it would come back in some sort of either warning or restriction.” On NBC’s Meet the Press, Facui told Chuck Todd that there would would probably be guidelines recommending caution about using the vaccine under soon to be specified circumstances.

“My estimate is that we will continue to use it in some form,” he said. “I doubt very seriously if they just cancel it. I don’t think that’s going to happen.”