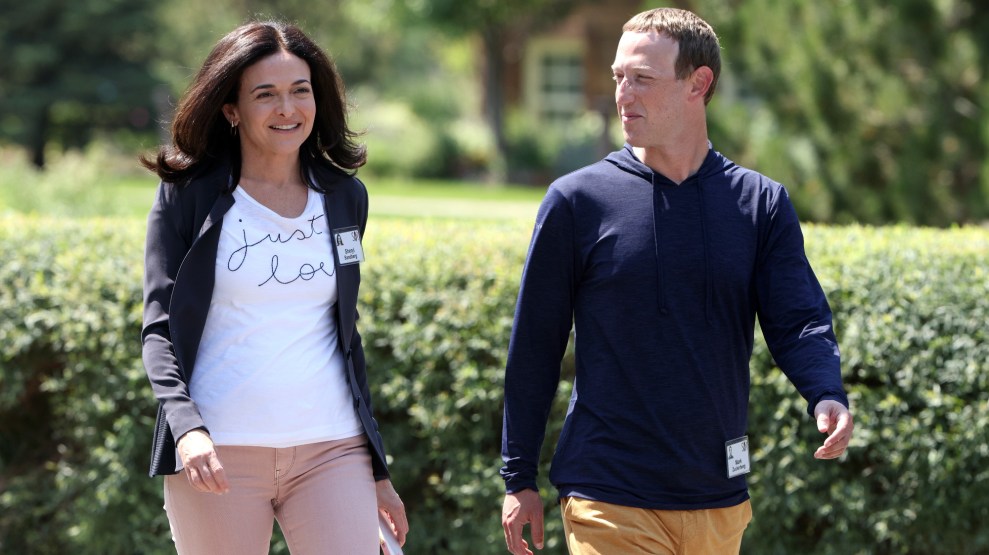 In July, after President Joe Biden said coronavirus misinformation on Facebook was “killing people,” an anonymous company official jawed back, saying Facebook would “not be distracted by accusations which aren’t supported by the facts.”

But behind the scenes, Facebook employees were already beginning to reckon with a flood of false anti-vaccine claims on the platform. According to a company memo obtained by the Wall Street Journal and released this morning, around the time COVID-19 vaccines became widely available last spring, “roughly 41% of comments on English-language vaccine-related posts risked discouraging vaccinations.” The document and other internal memos show, the Journal writes, “that Facebook has often made minimal or ineffectual efforts to address the issues and plays them down in public.”

Facebook’s detection of problematic or anti-vax comments was “bad in English, and basically non-existent elsewhere.”

Facebook’s efforts to crackdown on anti-vaccine content—like its laggard response to its role in spreading falsehoods and hate, including political disinformation and QAnon conspiracies—ran into several hurdles. Although CEO Mark Zuckerberg personally supported making the platform a haven for credible, public health information, users didn’t, and quickly flooded private Facebook Groups and the comments of major posts with misinformation.

Anti-vaccine content was twice as prevalent in comment sections as in posts, one memo found, but the company’s ability to detect and take down problematic comments was “bad in English, and basically non-existent elsewhere,” a Facebook data scientist wrote in one memo. The company’s systems didn’t always make it easy to remove or demote posts. After Facebook employees singled out a viral post that claimed vaccines “are all experimental & you are in the experiment,” it remained up because “Facebook’s systems mistakenly thought it was written in Romanian.”

While Facebook’s role in spreading vaccine-related misinformation has been a topic of public discussion throughout the pandemic, even as internal researchers identified the problem, the company avoided public acknowledgment and generally remained defensive. Guy Rosen, Facebook’s vice president of integrity, argued in a July blog post that “vaccine acceptance among Facebook users in the US has increased.” Responding directly to Biden’s criticism of the company, Rosen said, “The data shows that 85% of Facebook users in the US have been or want to be vaccinated against COVID-19. President Biden’s goal was for 70% of Americans to be vaccinated by July 4. Facebook is not the reason this goal was missed.”

But internally, the Journal reported, “Facebook documents show it had been playing catch-up for months, trying to manage the flood of misleading and false information aimed at undermining the vaccine effort.” Upcoming congressional hearings could bring further revelations; as the Journal points out, “Facebook officials have become concerned that Mr. Zuckerberg or Chief Operating Officer Sheryl Sandberg may face questions from lawmakers about how their past public statements on these issues square with the company’s internal assessments.”