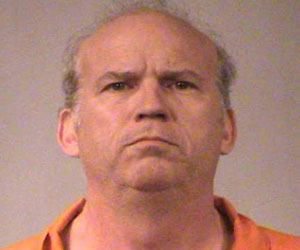 Excuse me, but is Scott Roeder, the man charged with killing Dr. George Tiller outside his church last Sunday, in jail, or on vacation at a Wichita hotel? In a call to the Associated Press over the weekend, the murder suspect complained about his living conditions and then warned of more violence against abortion providers. “I know there are many other similar events planned around the country as long as abortion remains legal,” Roeder said. When asked by the AP what he meant and if he was referring to another shooting, he refused to elaborate further.

In an understatement, Nancy Keenan president of NARAL-Pro-Choice America, said Roeder’s comments “continue to escalate that kind of activity, that kind of violence.” The Justice Department said it was investigating and has ordered increased protection for “appropriate people and facilities last week.”

But as yet—and despite Roeder’s threats—the crime is apparently being treated as an isolated incident of violence, rather than part of a deadly crusade with political aims—which in this day and age is what usually gets called terrorism.

The Wichita Eagle today reported today that the suspect would likely be charged with Tiller’s murder, as well as with aggravated assault (for threatening two churchgoers who tried to apprehend him). According to the paper, “Wichita police said it appeared that the suspect had acted alone but that they are investigating whether he had any connection to anti-abortion groups.”

Whether he had any connections?

Within hours of Roeder’s arrest, it was clear that he was up to his neck in the radical wing of the anti-abortion movement, as well as involved with the far-right anti-government group the Freemen. On the night of the shooting the Kansas City Star’s Judy Thomas was already reporting that the suspect was labeled a “fanatic” even by some other right-to-lifers, and supported the idea of “justifiable homicide” to prevent abortions. He had made prison visits to the woman who shot and wounded Tiller in 1993, and wrote a Web post declaring, “Tiller is the concentration camp ‘Mengele’ of our day and needs to be stopped before he and those who protect him bring judgment upon our nation.” He was also arrested in 1996 with weapons and bomb-making materials in his car (for which he received two years’ probation).

Perhaps it shouldn’t be surprising that Roeder would have an easy time of things in Wichita, which has long been a ground zero for anti-choice activists. In fact, the local law enforcement and justice systems seem to have made more effort to prosecute Tiller on trumped up charges than they did to protect him. As the Wichita Eagle reports:

Tiller and his clinic have faced continuous threats and legal action. A Wichita jury ruled in March that he was not guilty of illegal abortion on 19 criminal charges he faced for allegedly violating a state law requiring an independent second physician’s concurring opinion before performing late-term abortions. Immediately following the ruling in the criminal case, the Kansas Board of Healing Arts made public a similar complaint against Tiller that was originally filed in December 2008.

Protesters blockaded Tiller’s clinic during Operation Rescue’s “Summer of Mercy” protests during the summer of 1991, and Tiller was shot by Rachelle Shannon at his clinic in 1993. Tiller was wounded in both arms. Shannon remains in prison.

The clinic was bombed in June 1986 and was severely vandalized last month. His lawyer said wires to security cameras and outdoor lights were cut and that the vandals also cut through the roof and plugged the buildings’ downspouts. Rain poured through the roof and caused thousands of dollars of damage in the clinic. Tiller reportedly asked the FBI to investigate the incident.

It’s not clear whether the FBI took any action–but as yet, the Justice Department, too, has not dealt with Tiller’s murder as anything but a lone incident. On the day of the shooting, Attorney General Eric Holder called the murder “an abhorrent act of violence,” and said he was sending U.S. Marshals to protect other abortion providers as a “precautionary measure.” The very need to take such a measure would, again, suggest an organized, violent movement–but Holder has never used anything close to the T word, either.

I’ve often written before that both federal and state law enforcement tend to be circumspect when it comes to pursuing organized domestic far-right activity. Can you imagine what would happen if an Arab American had shot someone, after posting screeds on an Islamic extremist web site? The anti-abortion movement also gets a free pass compared with environmental or animal rights activists (or even Republican Convention protestors), as Will Potter notes on his excellent web site Green Is the New Red:

The FBI labels the animal rights and environmental movements as the “number one domestic terrorism threat” even though those activists have never harmed a human being. At the very worst, underground groups like the Animal Liberation Front and Earth Liberation Front have released animals from fur farms, destroyed SUVs and set fire to empty buildings.

When animal rights activists or environmental activists are arrested, though, the government immediately sends out press releases and holds press conferences trumpeting the arrest of “eco-terrorists” and “domestic terrorists.”

In contrast, Roeder is being held in a local county jail, while the Army of God celebrates him as a hero, Operation Rescue once again scambles to distance itself from an act they helped inspire, and anti-choice Christian commentators piously decry the wicked deed in Wichita, but can’t pass up an opportunity to remind us that “abortion is murder” and “what goes on in those clinics is institutionalized homicide.”

And while suspected Muslim terrorists are held in total isolation for years, without access to lawyers much less the press, Scott Roeder is taking advantage of his bully pulpit to promote his cause–and complain about the discomfort of his jail cell:

In two separate calls to AP on Sunday morning, Roeder was far more talkative about his treatment at the Sedgwick County jail, complaining about “deplorable conditions in solitary” where he was kept during his first three days there.

“It is after all a jail, but a modern state-of-the-art facility with professional staff,” Hinshaw said. “While Mr. Roeder may not care for being in the Sedgwick County jail, all of our conditions and policies are designed to provide safety and security for all inmates, staff and public at large.”

Roeder said it was freezing in his cell. “I started having a bad cough. I thought I was going to have pneumonia,” he said.

He said he called AP because he wanted to emphasize the conditions in the jail so that in the future suspects would not have to endure the same conditions.

Roeder also said he wanted the public to know he has been denied phone privileges for the past two days, and needed his sleep apnea machine.

Now, contrast this treatment with that afforded Herman Wallace and Albert Woodfox, whom I’ve written about before. These two men have been held in solitary confinement in 6×9 cells for 37 years at Louisiana’s Angola state prison, and denied access to the press. There is evidence that they have been singled out for this treatment because nearly four decades ago they were active with the Black Panther Party.

But a man accused of first degree murder for killing a doctor in service of a political cause—something which has, of course,  happened before—gets to use the phone (twice) to call the AP, complain that he’s cold and can’t sleep, and while he’s add it, warn of more murders? And the county sheriff’s response is to get defensive and say that their jail is really quite nice?

Postscript: Someone just put me on to a post by Jennifer Pozner on the Women in Media and News blog, that points out how complicit the media is in this double standard, writing about Tiller’s murder “as if it were a completely unpredictable aberration,” and asking why “the media have not called this terrorism–even after three decades of extreme violence by anti-abortion fanatics,” which includes “seven murders, 17 attempted murders, three kidnappings, 152 assaults, 305 completed or attempted bombings and arsons”…and the list goes on.