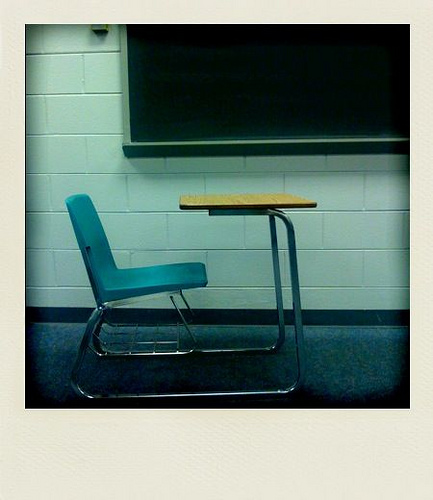 There may be a dwindling number of issues with bipartisan support, but protecting students from abusive restraints and seclusion is one of them. Yesterday, a bipartisan group of House Education and Labor Committee members unveiled the Preventing Harmful Restraint and Seclusion in Schools Act, which will, for the first time, bar teachers’ use of dangerous restraint techniques except as a last resort.

Introduced by a seemingly “odd couple” of legislators—conservative Rep. Cathy McMorris Rodgers (R-Wash.) and liberal Committee Chair George Miller (D-Calif.)—the legislation comes six months after the Government Accountability Office released a report detailing how frequently students are restrained and secluded by inexperienced or poorly trained teachers. The GAO reported hundreds of abuse allegations in nearly every state. The results of the abuse were far-ranging, everything from student anxiety disorders and depression, to broken bones and even death. Though children are protected against such abuses in other federally funded facilities (e.g. hospitals) they are not yet protected in the schools where they spend most of their time.

So far, state laws and their enforcement have been flawed, one Texas mother learned tragically. At a 2008 Congressional hearing, mother Toni Price spoke about her son Cedric’s deadly encounter with restraints applied by educators. After being denied his lunch for refusing to do his school work, Price said Cedric was caught trying to leave his classroom, presumably because he was hungry.

“After Cedric attempted to leave the classroom, he refused to sit back down in his chair, so the teacher forced him into his chair and restrained him. She is roughly six feet tall, weighs over 230 lbs. Cedric was short. He was little – he was a little boy. Cedric struggled as he was being held in a chair, so the teacher put him face down and sat on him. He struggled and said repeatedly, ‘I can’t breathe.’ ‘If you can talk, If you can speak, you can breathe,’ [the teacher] snapped at him.

Shortly after that, he stopped speaking, and he stopped struggling, and he stopped moving. The teacher continued to restrain him. Finally, the teacher … and aides put Cedric back into his chair and wiped the drool from his mouth and sat him up, but he slumped over and slipped out of the chair. Precious moments passed before a nurse was called. I rushed to the school not completely clear of what was going on and what was happening. When I got to the school, my son was laying on the floor with a paramedic beside him. I kneeled down and said ‘Cedric, get up, you’re not going to be in trouble,’ but Cedric didn’t move. Instead, the paramedic stood me up. My son was dead. I didn’t know the school was practicing restraint techniques on Cedric. I didn’t even know they were withholding food as a punishment.”

Though Credic’s death was ruled a homicide and his teacher was placed on a registry of educators no longer allowed to teach in Texas, she was never prosecuted criminally. In fact, the GAO found that Credic’s teacher left Texas in favior of Virginia, where she continued teaching special ed in wealthy Loudon county.  Somehow, record of the teacher’s name on Texas’ registry did not follow her across state lines.

Like Price, many parents are unaware if restraints are being used on their children. Other parents sign off on schools’ use of restraints mistakenly, or without learning all the details. The federal bill would prevent teachers from ever using certain types of restraints—prescription sedatives or chairs with straps, for example—on special needs students. Even in case of emergency restraint, teachers would have to call a student’s parents immediately and provide written documentation of the incident within 24 hours. This is an issue that hits close to home for bill co-author McMorris Rodgers, whose son Cole has Down Syndrome. Though McMorris Rodgers notes that Cole attends a great school with wonderful teachers, she also says that when cases of teachers abusing special needs students came to her attention, she became focused on finding ways to protect children with disabilities, and all children.

The bill will apply to public and private schools, but it’s uncertain what effect it would have on residential treatment centers like the Judge Rotenberg Center in Massachusetts, which uses  electric shocks to discipline its special needs students. At very least, the bill would establish national reporting standards, documenting for the first time the frequency of student seclusion/restraint. Both McMorris Rodgers and her co-author Miller are optimistic about the bill’s prospects. “While we have a lot of challenges to tackle,” Miller said, “this bill already has the support of lawmakers from both sides of the aisle, from the disability community, the education community and the Obama administration.”