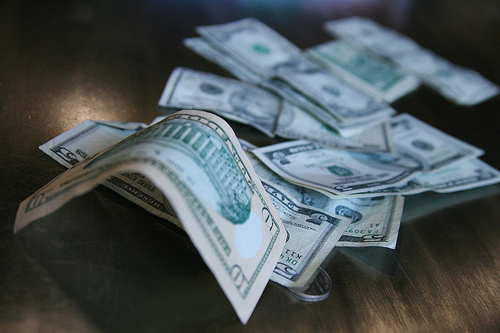 You’ve heard plenty about the big banks’ role in the Great Recession, but their headaches are about to get worse.

At a packed hearing today, the Senate investigations subcommittee led by Sen. Carl Levin (D-MI) shed new light on banks’ negligence and wrongdoing—and this time it’s not credit-default swaps or derivatives but money laundering and arms dealers. The hearing, held in conjunction with a 325-page report by the subcommittee, focused on four detailed cases of foreign money pouring in the United States and the ways in which American banks, lobbyists, lawyers, and other businessmen aided that money laundering. “For the United States, which has so much riding on global stability, corruption is a direct threat to our national interests,” Levin said in his opening statement. “The stories we uncovered are striking in their misuse of our financial system.”

In essence, the hearing and the report highlighted how institutions like Bank of America, HSBC, and Citibank snoozed when it comes to due diligence and investigating their clients, while notorious arms dealers, sons of despotic politicians, and even shady central banks channeled millions upon millions into the US to buy planes, sports cars, and luxury houses. Singling out HSBC, whose anti-money laundering compliance director testified at the hearing, Levin slammed the bank for actually encouraging the Central Bank of Angola—whose clients include many questionable red-flagged individuals, or “Politically Exposed Persons”—to move millions to an offshore bank in the Bahamas beyond the reach of British financial laws. “You claim that you’re a leader in anti-money laundering rules and enforcement,” Levin told HSBC’s Wiecher Mandemaker. Yet “you facilitate people evading the law of your own country.”

Levin, seated next to subcommittee ranking member Sen. Tom Coburn (R-OK), had also invited three active participants in the corruption cases detailed in the report—Beverly Hills attorneys Michael Berger and George Nagler, who’d aided Teodoro Obiang, son of the president of Equatorial Guinea, and Jeffrey Birrell, an American lobbyist who tried to purchase armored cars and military transport planes for Omar Bongo, the president of Gabon. All three directly implicated witnesses, however, chose not to speak at the hearing, citing the Fifth Amendment.

Levin and Coburn did offer a modicum of praise to a Bank of America senior executive who spoke at this morning’s hearing. Bank of America appears several times in the subcommittee’s report for allowing Pierre Falcone, an infamous arms dealer imprisoned several times, and his relatives to circulate at least $60 million through 29 accounts with the bank. In fact, Levin pointed to documents obtained by the subcommittee showing that Bank of America knew of Falcone’s background and the millions flowing into his accounts from the secretive countries and shady “clients” yet concluded that “activity for the accounts of the Falcone’s [sic] is not unusual.” And while William Fox, the Bank of America executive, acknowledged that the bank had made “a bad judgment call” with Falcone, he emphasized the tougher disclosure and anti-money laundering safeguards that bank had installed in the past few years, measures that Levin praised.

In all, the hearing, together with the report, offered an unparalleled glimpse at the ways in which corrupt foreign figures still funnel their money into major American financial institutions. At the hearing, Levin said he hopes to close legal loopholes and revoke a 2002 exemption allowed by the Patriot Act, among others, to cut off the gaping holes that still allow dirty money to come into the US. “There is a lot more that can be done to combat foreign corruption,” Levin said. “It doesn’t have to be that way.”