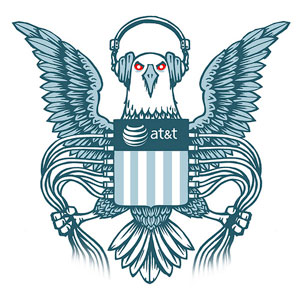 The National Security Agency’s program to spy on Americans without warrants was illegal, a federal judge ruled Wednesday. The ruling by Judge Vaughn Walker (PDF) was a win for civil libertarians, and a major victory for the plaintiffs in this case, Al-Haramain, an Islamic charity that was wiretapped, along with its lawyers, in 2004.

Groups like the ACLU and the Electronic Frontier Foundation have tried out numerous legal strategies in a years-long effort to challenge the Bush administration’s warrantless wiretapping program. The Al-Haramain case represents the first time that plaintiffs who claim they were wiretapped have been able to get around the so-called “state secrets” clause, which acts as a sort of “get-out-of-court-free” card for the government in many national security cases. Al-Haramain’s win could be temporary, though: the Obama administration will almost certainly appeal the decision. (Update: Marcy Wheeler disagrees.)

In 2006, Al-Haramain sued then-President George W. Bush and other top officials after the government mistakenly provided the charity with classified documents that supposedly prove it had been illegally surveilled. A district court judge initially ruled that Al-Haramain could use those documents in its case. Eventually, however, the courts decided that the “state secrets” clause precluded the charity from using the classified documents at trial—a defeat that some observers thought would be fatal to the lawsuit.

Instead of giving up, Al-Haramain and its lawyers tried a different tack, gathering ten times as much unclassified evidence as they had previously submitted. The government, in a tiff, refused to submit evidence contradicting the plaintiffs’ claims, and even tried to claim that it didn’t have to. Walker didn’t like that argument too much: Because the government refused to submit any evidence calling the plaintiffs’ case into question, he simply granted summary judgment—a sort of TKO.

Count this round for the civil libertarians.