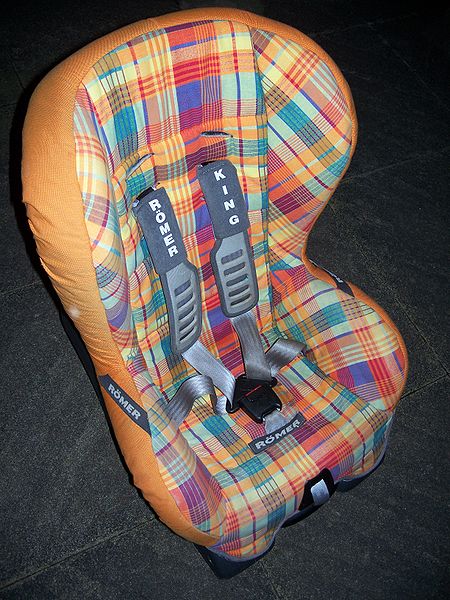 Seven-month-old Sofia Wisher was safely strapped into her rear-facing car seat when her parents pulled up to their Antioch, California home late Saturday evening after returning from the laundromat. Mom Sara thought her husband Cameron had brought the baby inside, and Sofia’s father thought his wife had put their daughter to bed. Tragically, neither parent had unstrapped Sofia, and 13 hours later, the Wishers found their baby girl dead in the backseat of their Toyota station wagon, the San Francisco Chronicle reports. Sofia likely suffocated in the 100-degree temperatures reached inside the vehicle last Sunday.

Nationally, 37* children a year die while being trapped in overheated cars, child safety experts say. Two* children have died so far this year. These deaths are tragic for everyone involved. But stories of parents who fatally forget their children this way are horrifying for other reasons: No sleep-deprived parent is immune from making such a terrible error. The Washington Post’s Gene Weingarten tackles the question of whether these errors in judgement constitute a crime in his Pulitzer Prize winning piece, “Fatal Distraction.” I’m a young woman in my early 20s who doesn’t plan to have kids any time soon, yet reading Gene’s piece last year had my brain buzzing for days. Could I make such a mistake? Could I live with myself if I did? And where’s the motion-detector carseat that would prevent such a thing from happening?

Cars have sensors to alert you when you’ve left your headlights on or forget to remove your keys from the ignition. Other alarms sound when passengers have not yet buckled their seatbelts or if a door is ajar. But so far, no vehicles include standard equiptment that tells you when you’ve left a child in the back seat of a sweltering car.

Janette Fennell, founder of the advocacy group Kids And Cars, argues that hot-car deaths could be eradicated if lawmakers forced the auto industry to make child sensor technology standard on all vehicles. New safety standards would mean tens of millions in added costs for carmakers, but such technology does exist. Parents interested in purchasing monitoring devices should consult this list, published by the Associated Press in 2007:

• The Child Minder system replaces the car seat’s harness clip with a “smart clip” synchronized to a key ring alarm. The unit is activated when the child is buckled in. As long as the child remains in the seat, an alarm will sound if the adult walks more than 10 feet from the automobile.

• NASA is on the verge of licensing its Child Presence Sensor, which replaces the clip with a weight-sensitive pad that fits under the car seat cushion. An alarm sounds 10 warning beeps if the driver moves too far away from the vehicle, and beeps continuously if the driver doesn’t return within one minute. Engineers at the agency’s Langley Research Center in Virginia developed the device after a colleague left his 9-month-old son in a hot car in May 2000.

• Volvo’s flagship S80 sedan includes a Personal Car Communicator that can detect a heartbeat inside the vehicle and send a warning to the driver’s wireless key fob. Volvo is marketing it as a safety option for women worried about back-seat attackers, not as a way to remind the driver of a child left behind.

*The original statistics posted were measures of the number of children who die in unattended cars under any circumstances, not over-heated cars specifically.