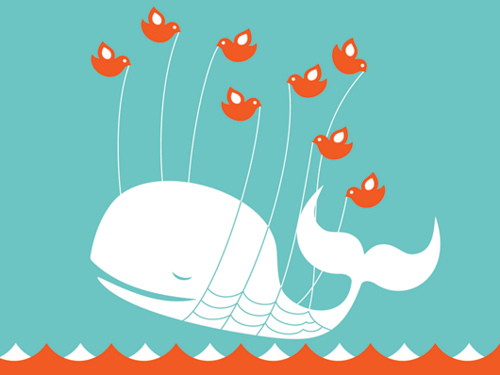 New information says violent drug cartel shoot-outs in Mexico have killed nearly 23,000 people since 2006, and tourism is tanking. The government’s response? It’s thinking of banning Twitter and Facebook, because criminals are using it to communicate and avoid military raids. In the government’s defense, the cartels are using Twitter not only for communication with each other, but for intimidating the public. As Time reports:

Recently in the bloody border town of Reynosa, people associated with one cartel used tweets to terrorize Reynosa by posting messages that created panic among residents and halted normal activities as the threats circulated online. One such message read, “The largest scheduled shootout in the history of Reynosa will be tomorrow or Sunday, send this message to people you trust that tomorrow a convoy of 60 trucks full of cartel hitmen from the Michoacan Family together with members of the Gulf Cartel are coming to take the city and take everyone out alive or dead!” Schools and shops closed that day.

To complicate matters further, in an attempt to stop cartel members from using cell phones for illegal business, the Mexican government has required all of its 83.5 million cell phone users to register their accounts or face losing service. Only 71% of the accounts were registered when the deadline passed earlier this week, but the government said it would extend the deadline further so as not to disconnect users. While the government’s concern with cartel communication is understandable, Twitter and cell phones are survival tools for civilians. In Reynosa, just across the border from McAllen, Texas, locals used Twitter (especially hashtags) to tell fellow residents which streets were currently most dangerous or ask for safety advice. “We use Twitter to protect ourselves as citizens,” a 17-year-old Reynosa resident, who asked to remain anonymous, told CNN. “The governor tells us it’s our psychosis, but at night the city is empty. The authorities here practically don’t exist.”

The government’s absence in towns plagued by cartel violence has become painfully clear, as evidenced by a recently leaked video that shows a massacre in the Mexican mountain town of Creel. In the video, government security forces stand around while cartel gunmen take over Creel, killing eight people in the process. Since January 2010, cartel violence has killed 3,365 people. A local priest said that any sizable security forces didn’t arrive in town until hours after the murders, and then they just looked around and left. Some have speculated that the police did nothing because they couldn’t: they were outnumbered, and the narcotraficantes had superior firepower and bullet-proof vehicles. But with murders increasing (just yesterday, a policeman was shot and a woman and her eight-year-old daughter were killed in Acapulco), standing around isn’t an option.