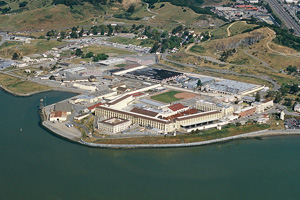 With what the Sacramento Bee called a “twisted sense of timing,” California Governor Arnold Schwarzenegger announced in mid-August that he plans to borrow $64.7 million from the state’s general fund to move forward with construction of a new death row at San Quentin State Prison. According to a Bee editorial, “the administration’s call for bids to build new digs for condemned inmates comes as the governor’s lawyers seek court approval to furlough state workers and cut their pay to minimum wage, and as he pushes to end safety net services for some of California’s poorest and most vulnerable citizens.”

What’s more, “the $64.7 million is merely a down payment. Construction would cost about $360 million”—an amount California lawmakers approved when they authorized a new death row in 2003. “Interest payments on 20-year bonds the state ordinarily would sell to finance the construction could add another $150 million or more to the final price tag,” bringing it to more than $500 million.

A Correctional News report on the construction bidding process, which moved forward in late August despite opposition, described the new death row as a state-of-the-art “540,000-square-foot condemned inmate complex” with 768 cells, occupying a 40-acre site on the grounds of the state’s oldest prison, which sits on a piece of prime bayfront real estate in Marin County.

The existing death row is by all accounts deteriorating and extremely overcrowded–in large part because California persists in doling out capital sentences, even through it rarely executes anyone. Judicial rulings have effectively halted executions since 2006. And even before then, according to the Sacramento Bee, “Since capital punishment was reinstated in California in 1978, 13 men have been put to death at San Quentin. Another 73 others have died of suicide, drug overdose and natural causes.” The longest-serving inmate has been on death row for 32 years, and the oldest turned 80 this year. In the last month alone, one death row inmate, age 71, died of natural causes, and another, age 70, hanged himself in his cell (shortly after a judge had commuted his sentence to life without parole).

California currently has more than 700 prisoners on death row, dwarfing the condemned populations of all other state. What the state of California is effectively building, at the cost of $500,000 is the largest and most expensive long-term solitary confinement facility in the world, where prisoners will live out their lives in locked-down isolation with a death sentence hanging over their heads. In other words, California taxpayers are funding a half-billion-dollar torture ward.