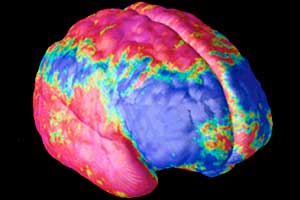 Should mental health care be considered a public safety issue? Last weekend’s shooting in Tucson certainly suggests that it should. Unfortunately, when such proposals come up, well meaning advocates for the mentally ill frequently jump in to argue that people with brain diseases are no more dangerous than the rest of us. For instance, in the wake of reports suggesting that alleged Tucson shooter Jared Lee Loughner may suffer from schizophrenia or another untreated, serious mental illness, Vaughn Bell insisted in Slate on Sunday that, “the fact that your chance of being murdered by a stranger with schizophrenia is so vanishingly small that a recent study of four Western countries put the figure at one in 14.3 million. To put it in perspective, statistics show you are about three times more likely to be killed by a lightning strike.”

And while it’s true that Justice Department and other research estimates suggest that only about 10 percent of the nation’s homicides are committed by the mentally ill, it’s also true that people with an untreated brain disorder like schizophrenia are far more likely to become violent than someone without one. Refusing to acknowledge this, while instead debating whether or not Congress should bring back the Fairness Doctrine or remove crosshairs from surveyor’s equipment, will once again prevent the country from taking the necessary steps to prevent such tragedies in the future.

Federal authorities have long known the risk that untreated mentally ill people can pose when they obsess about politics. Back in 2003, I wrote a story for the Washington City Paper that chronicled the large number of somewhat spectacular and often very violent acts, with a political component, that had been committed in the nation’s capital by people who turned out to be suffering from paranoid schizophrenia. (I also found many links between alleged terrorists and serious brain diseases.) There was of course, John Hinckley, who shot President Ronald Reagan. Later came Francisco Duran, a Colorado man who came to DC and opened fire on the White House to attack a “mist” over the president’s home, and Russell Weston, who killed two police officers when he stormed the Capitol to prevent it from being annihilated by legions of cannibals. As I wrote back then:

Washington is perhaps the nation’s premier destination for [the mentally ill]. Close a mental hospital in Florida and you get Juan Tubbs, the man who recently stymied police with a fake grenade in a high-profile encounter at Union Station. The region just happens to house many of the institutions that pop up in delusional fantasies—the CIA, the FBI, the White House. What better way to bring your conspiracy theories to the world than to make a splash at their front doors?

Unfortunately for area residents, mentally ill people capable enough to get to D.C. to try to press their cases with the president can be very sick and very dangerous. Paranoid schizophrenics, in particular, seem especially attracted to Washington.

A 1990 study published in the American Journal of Psychiatry found that men who had been detained by the Secret Service after showing up at the White House were between two and five times more likely to be arrested later for violent crimes than the general population.

Even eight years ago when I wrote this story, there was a huge and growing pile of research showing that people suffering from untreated schizophrenia commit violent crimes at much higher rates than the general public, and that politics frequently played a role in their crimes. (Schizophrenics who are being medicated are no more dangerous than anyone else, however, a very important caveat.) But even without the political overtones, untreated mentally ill people can pose a real menace. One pair of researchers took a hard look at 20 people who’d pushed strangers in front of New York City subway trains and found that all but one of them had suffered from a severe mental illness. Again from my old story:

Untreated serious mental illness is a huge risk factor for violent crime, particularly among those released from mental hospitals. A 1992 study by Dr. Henry Steadman, now the chair of the national advisory board of the Center for Mental Health Services & Criminal Justice Research, found that 27 percent of released patients reported having engaged in at least one violent act within four months of being discharged. Those findings mirror older research suggesting that discharged patients had arrest rates for violent crimes 10 times that of the general population. Another study, published in the American Journal of Public Health in 2002, found that about 14 percent of adults with severe mental illness (schizophrenia and bipolar disorder) had been violent within the previous year. Not surprisingly, then, 16 percent of jail inmates are estimated to be mentally ill, according to the Justice Department—some 300,000 people, or four times the number who are in mental hospitals today in the United States.

People most at risk of violence from the seriously mentally ill are their own family members. (A Justice Department study found that 25 percent of people who had killed their parents were suffering from an untreated brain disease.) But these serious brain diseases can create the sorts of random tragedies we saw in Tucson when they lead to delusions that are influenced by the current culture. As I explained in 2003, after a rash of unusual crimes committed by the mentally ill:

Mental illness is complex, its symptoms mercurial, changing depending on the environment. Just as the press and public demand a narrative to rationalize horrific crime, so do insane people attempt to create their own story lines to explain the frightening chaos in their brains. The narrative is a coping mechanism. With a disease such as schizophrenia, which can cause aural, visual, and even corporeal hallucinations, most people either have to face the reality that their brains are malfunctioning or come to believe, as [Capitol shooter Russell] Weston did, that a neighbor’s satellite dish really is spying on them. The brain seems to prefer the fiction, which often is less frightening.

When creating their narratives, the mentally ill draw heavily from cultural cues, in an attempt to make their tales socially acceptable. That’s why, when extraterrestrials and UFOs started to enter pop culture through books and radio in the ’50s, delusional people started claiming to have been abducted by aliens. The 1953 movie Invaders From Mars set off a wave of such reports. In the United States, schizophrenic people often claim they’re being spied on by the CIA or the FBI. In Ireland, delusions focus on the IRA, and in the Middle East, the guilty party is often the United States or Israel and Jews.

Often, too, delusions have some basis in fact, with slight distortions. For instance, when a schizophrenic claims that the CIA did mind experiments on him, he knows that it’s not totally outside the realm of possibility, because the CIA really has done mind experiments on people. Or when African-Americans claim AIDS is a government conspiracy to wipe out their race, they only have to point to the Tuskegee syphilis study as evidence of what unthinkable horrors the government is capable of.

The cultural context of delusions blurs the line between sanity and insanity in a way that makes it difficult for people to intervene with a mentally ill individual before he blows up a federal building.

Little of this understanding seems to inform our current discussion about Loughner, though. Instead, members of Congress are calling for laws that would ban bringing guns near members of Congress or regulating talk radio. Gun control measures will be proposed and die quietly, no doubt. But mental health care—long ignored as the province of neurotic yuppies taking to the couch to discuss their frigid mothers—is barely an afterthought. Yet of all the possible solutions to such mass violence, real mental health reform holds the most promise for saving lives by ensuring that people with brain diseases get the care they need before they seek out the always easily accessible American firearm.

Sometimes these tragedies do lead to change. In 1999, for instance, after serious advocacy by the family of a woman who was pushed in front of a subway by an untreated schizophrenic, New York State created a much stiffer mental health law to allow for violently mentally ill people to be court-ordered into community treatment and essentially forced to take their meds. But when sick people invoke political leanings before shooting members of Congress or sending mail bombs to timber industry lobbyists, politics always seem to prevent a sensible, effective response.

In light of the Tucson tragedy, it would be nice to see the mental health system, or what’s left of it, come up for real discussion, including serious consideration of vastly expanding mental health services so that people like Loughner’s parents or his philosophy professor or his algebra teacher could have actually gotten him the help he needed before he killed someone. (In the past year, Arizona cut $36 million from its mental health programs, nearly 40 percent of its budget.) If nothing else, maybe it’s time for some public service announcements about the symptoms of schizophrenia—how to distinguish them from ordinary teen angst or political passion, and how to intervene. Lots of research now shows that the longer someone with a brain disease remains untreated, the more severe their dangerous delusions are likely to become. Yet most people go years before such disases are properly diagnosed. Early intervention could save a whole lot of lives.

At some point, the country’s political leaders will have to find some self-interest in tackling the problem. An estimated 4.5 million Americans suffer from the severest forms of brain disorders, schizophrenia and bipolar disorder. The National Advisory Mental Health Council estimates that 40 percent of them—1.8 million people—are not receiving treatment on any given day. While most of those folks will remain law abiding citizens, enough of them will make headlines with an act of violence that failing to find a way to treat them isn’t just a public health crisis, but a public safety one, too.