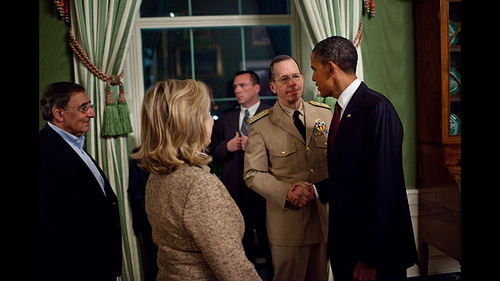 It didn’t take long for Washington’s pundits to begin prophesying how the assassination of Osama bin Laden would impact President Obama’s popularity among American voters.

Prior to the Bin Laden announcement, Obama’s approval ratings were languishing in the mid-40s, near the lowest of his presidency. But then came Sunday’s big news. Soon after, pollster John Zogby said Obama’s approval ratings could spike by 10 points, and Obama’s 2012 election chances leaped by more than 10 points on online prediction market Intrade.

But in today’s National Journal, Charlie Cook, one of the most respected pollsters in Washington, lays out what’s probably the smartest assessment of how Bin Laden’s death will affect Obama’s standing. Cook’s conclusion: Not much.

Cook calls Bin Laden’s death “a B-12 shot in the arm” for Obama and the Democratic Party, but adds that “it’s not a cure.” The issues ailing Obama’s presidency—chronic unemployment, high gas prices, political instability in the Middle East—remain problematic, and even the death of the world’s most wanted terrorist won’t make voters forget about the nation’s economic woes, Cook argues. He writes:

There is little question that this long-awaited event will hit a reset button in terms of day-to-day or even week-to-week politics, changing for a time the zeitgeist.

Democrats will fervently hope that the public will see this as a seminal moment in which people begin to see and appreciate President Obama in a new light, much as President Bill Clinton’s speech after the 1995 Oklahoma City bombing, in retrospect, was a turning point for his presidency.

But it might be a mistake to assume that it is a more enduring game-changer in terms of the politics of 2012 or that it will recast Obama as much as it did for Clinton.