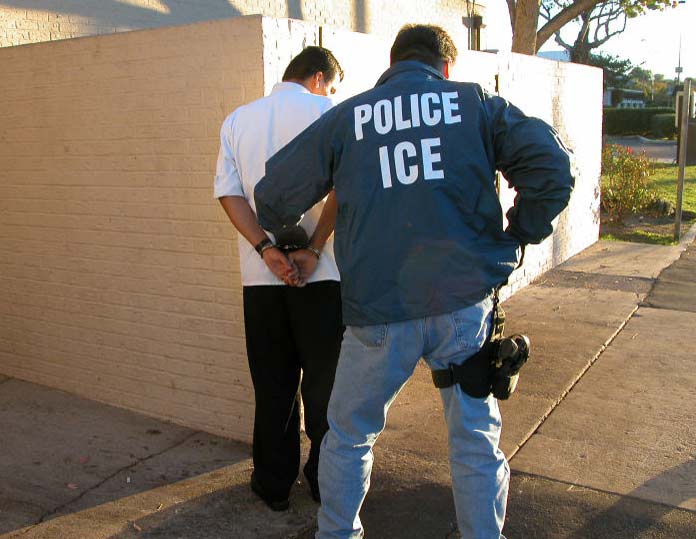 Last Friday, the director of Immigration and Customs Enforcement, John Morton, breathed new life into the Secure Communities debate by sending a letter to 39 governors that terminated the program’s memoranda of agreement with the states, insisting that ICE did not need the states’ approval to implement S-Comm.

Under S-Comm, the FBI shares the fingerprints of suspects booked by state and local law enforcement with the Department of Homeland Security. ICE then places holds, or detainers, on those it believes are in the country illegally. To date, tens of thousands of undocumented immigrants have been deported through this process, which has become a lightning-rod issue for pro-immigrant groups and which ICE hopes to implement nationwide by 2013.

If the intent of Morton’s letter was to settle the question of who can and cannot choose to participate in S-Comm (New York, Illinois, and Massachusetts have all tried to opt out in recent months, citing the obstacles the program presents to law enforcement), it doesn’t appear to have had the desired effect. Massachusetts Gov. Deval Patrick’s spokesman told the Boston Globe over the weekend that Patrick intends to continue opposing S-Comm. And in California, where opposition to S-Comm has flourished, Morton’s effort to clear the way for its national implementation also looks to be foundering. The TRUST Act, which passed the State Assembly and is now pending in the Senate, would leave it up to each of the state’s 58 counties to decide whether to participate. Quintin Mecke, the communications director for Assemblyman Tom Ammiano, the TRUST Act’s sponsor, said Ammiano remained committed to the bill, although he would be considering possible amendments in light of Friday’s letter.

Jon Rodney of the California Immigrant Policy Center, which is cosponsoring the legislation, said yesterday that ICE’s recent actions only “show that we need the TRUST Act more than ever.” He added in a follow-up email today: “It’s certainly possible ICE would try to bully localities and states into participating in the deeply flawed program. This is exactly why we need the state of California’s strong leadership—to demand accountability and transparency from ICE and to protect victims and witnesses of crime upon whom successful community policing strategies depend.”

Nor has San Francisco Sheriff Michael Hennessey, who made waves in June by announcing that he would no longer honor ICE detainers for individuals booked on minor misdemeanors or domestic-violence charges, been cowed by Morton’s latest dispatch. According to his chief of staff, Eileen Hirst, Hennessey and other local officials were informed last year by ICE’s assistant director for field operation, David Venturella, that localities were not bound to honor ICE detainer requests. Morton’s letter, she claimed, therefore has no relevance to current policy.

Reached for comment, an ICE spokesperson would not speak directly to San Francisco’s policy, except to say in an email, “ICE anticipates that law enforcement agencies will comply with the detainer though ICE has not sought to compel compliance through legal proceedings.”

What this all means for S-Comm’s future is unclear. Considering its history, that’s fitting: A review of ICE documents (PDF) by the Center for Constitutional Rights and Benjamin N. Cardozo School of Law last summer found “widespread confusion” within ICE about the implementation of the program, particularly over states’ ability to opt out.

“Do I think ICE is confused? Yes, across the board,” Mecke said. “Or maybe just really Machiavellian.”