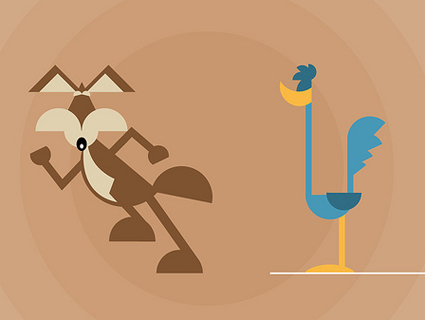 Everybody freak out! A radical Muslim scientist planned to destroy the US Capitol and Pentagon with killer drones! Oh, wait…A guy with an undergrad physics degree who lives in his parents’ basement was possibly entrapped (or not!) trying to put explosives on model airplanes that he’d bought with a comically false identity. According to the federal indictment against 26-year-old Rezwan Ferdaus:

(Dave Winfield, by the way, is the name of one of the best pure hitters in Major League Baseball.) The indictment goes on to say that Ferdaus ordered a remote-control airplane and explained his plan to two undercover FBI agents:

Ferdaus allegedly hoped to fly one of his DIY drones “into the center” of the Capitol dome, “which would cause it to cave in.”

Ferdaus is also alleged to have attempted to hook up with Al Qaeda and to have done some advanced tinkering with cellphone-activated IEDs. But the media have seized on the DIY drone plot, citing his educational credentials as a proof he could have pulled it off. “Ferdhaus had a technical background, as he graduated from Northeastern University with a degree in Physics,” Glenn Beck’s Blaze site put it, suggesting that having a BS qualifies you as a mad scientist. CNN has reported on the plot ad nauseum, citing Bush-era security adviser and all-around alarmist Fran Townsend as a credible expert on explosives-laden 1/10-scale F-86 Sabre hobby jets. And normally level-headed Slate reporter William Saletan pulled a Chicken Little:

If you want to hit the Pentagon and the Capitol, you’ll have to bypass all this security. And you can. Instead of boarding a passenger plane, you can use an unmanned, remote-controlled aerial vehicle. That’s what Rezwan Ferdaus, a U.S. citizen, has been charged with plotting…Fifteen pounds of C4 can do this. Twenty pounds can do this. Forty pounds can do this. We’d better find the next guy before he finds his planes.

Truth is, the model-plane scare isn’t new—and it isn’t terribly viable. As early as 2004, Department of Homeland Security officials noted the possibility of a remote-control aircraft (RCA) attack, as revealed in this unclassified DHS bulletin. But the document’s authors assumed that such aircraft would be so light that they would be more useful for chemical or biological attacks on soft outdoor targets than for blowing up hardened structures, as Ferdaus allegedly planned:

Basically, attacks of the sort envisioned by Ferdaus probably wouldn’t work. As Fast Company‘s Neal Ungerleider reports, drone hobbyists are calling Ferdaus a “noob.” How did he plan to launch his jet-powered bombs? He’d have needed a pretty long runway. And a hardy detonator to keep from blowing himself up. And the hand-eye coordination of a Space Shuttle pilot to hit his intended mark. “Model aircraft and drones are exceedingly poorly suited to lone wolf terrorist attacks,” Ungerleider writes. “If you don’t have North Korea or Pakistan training you and supplying AGM-114 Hellfire missiles, fuggedaboutit.”

Minnesota Public Radio’s Bob Collins throws some more scientific water on the model-plane conspiracy, pointing out that it’s impossible to stuff much explosive material into a 13-pound model jet in the first place. And while 20 pounds of C-4 can do some serious damage, he says:

That’s if the explosive were inside blowing out. Ferdaus, who majored in physics, must also have been aware that if you fly something as light as a balsa-wood RC airplane into a granite dome, it’s (a) going to be bounce off and (b) if it does explode, the impact of the blast would be away from the structure in question.

Or, as military counterterrorism expert James Gerrond summed up the plot in a tweet: “With Ferdaus, the faded line between Jihadist Plot and Road Runner capture scheme has been completely erased.”