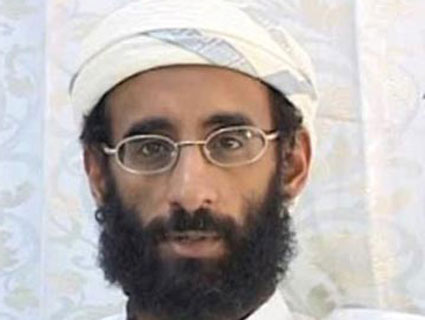 Suspected terrorist Anwar al-Awlaki was killed in a US drone strike in late September.Wikimedia Commons

Here’s something I wrote on January 11:

Sometime during Barack Obama’s term in office, there’s a good chance an American citizen will be killed on the president’s orders.

Perhaps it will be Anwar al-Awlaki, the New Mexico-born Al Qaeda propagandist hiding in Yemen… And when that person meets his fiery end, it’s quite possible that the American people still won’t have a good sense of exactly why the President believes he has the legal authority to authorize the killing of US citizens without charge or trial.

Awlaki, of course, was killed by just such a strike late last month. And at the time of Awlaki’s death, Americans still didn’t have a good sense of exactly why the President believed he had the authority to order such an attack. As my January article explained, decisions like the extrajudicial killing of an American citizen suspected of terrorism are almost invariably justified by a memo from the Justice Department’s Office of Legal Counsel—the division charged with telling the government what it is and isn’t allowed to do. When Awlaki was killed, there was no way of knowing how the OLC justified the strike, because the relevant memo was still secret.

This weekend, however, we found out quite a bit about what that Awlaki memo says. On Saturday, the New York Times‘ Charlie Savage published a story laying out the contents of the memo in great detail. Spencer Ackerman and Kevin Drum have more on the actual substance of the OLC’s argument, and the Washington Post‘s Peter Finn had a good story Monday laying out the growing support for releasing the document in its entirety. But the fact the leak happened in the first place is almost as interesting as what was leaked. Here’s Lawfare’s Ben Wittes on that [emphasis added]:

I doubt very much that this is an entirely unauthorized rogue “leak”—in the sense that there are secrets here that the government very much wants to keep but that some individual decided on his or her own to disclose. I suspect, rather, that this is a situation in which the government–or some senior official therein–has decided to disclose the memo without disclosing it. This approach is fully consistent with the larger strategy of the administration on the subject of drones and targeting killing—to talk about the subject a great deal by way of claiming credit for big counterterrorism successes but to do so without talking about it at all officially. And it’s wrong. Either this program is a secret, in which case the government should stop talk[ing] to Charlie about it, or it’s not a secret, in which case it should figure out what is releasable in the memo and release it. There is no middle ground here—no legitimate middle ground, anyway—in which the right approach is coyness.

There’s a point to be made here—one that Wittes alludes to—about the Obama administration’s attitude toward leaks of top-secret information. The Obama White House has been extremely harsh in its treatment of government whistleblowers and other spillers of government secrets. But when the government wants to brag about something secret to the press—say, the Awlaki killing, or the fact they targeted him in the first place—or explain its actions behind the shield of anonymity, the normal rules don’t seem to apply. I asked the Justice Department on Monday morning if they plan to investigate the Awlaki memo leak, or if they could even tell me generally about which sorts of leaks they choose to investigate. I haven’t heard back.