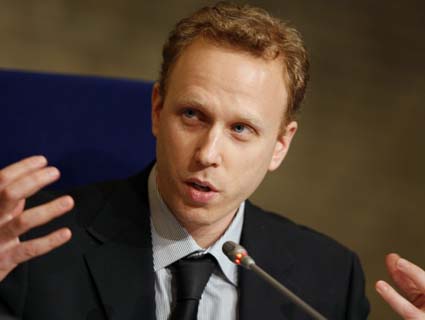 With the crackdowns on Occupy protests across the country drawing attention to the militarization of American police forces, the media have been searching for explanations. Reporter Max Blumenthal posited that the change was the result of post-9/11 Israeli influence, citing trips to Israel taken by American law enforcement officials for counterterrorism training.

Karen Greenberg, the director of Fordham School of Law’s Center on National Security and a leading expert on terror and civil liberties, said the Israeli influence on American law enforcement is so extensive it has bled into street-level police conduct. “After 9/11 we reached out to the Israelis on many fronts and one of those fronts was torture,” Greenberg told me. “The training in Iraq and Afghanistan on torture was Israeli training. There’s been a huge downside to taking our cue from the Israelis and now we’re going to spread that into the fabric of everyday American life? It’s counter-terrorism creep. And it’s exactly what you could have predicted would have happened.”

But Greenberg, whom I reached out to yesterday, says Blumenthal mischaracterized her remarks.

“I never pretended to know anything about how the police are behaving towards Occupy, and how Israel would have had any influence on how the police were treating the occupiers,” Greenberg said in an interview. “What I remembered saying to him was you ought to look at these allegations that others have made about Israeli training in interrogation techniques. I did not intend to assert these allegations as fact…the entire sense of the quote is inaccurate.” Greenberg says she emailed Blumenthal, but he responded that he didn’t think there was a problem.

The origins of Bush-era torture, so-called “enhanced interrogation techniques,” was actually quite well documented by the Senate Armed Services Committee. They were reverse-engineered from military resistance training meant to help servicemembers withstand torture techniques used by China during the Korean war. Greenberg also spoke to Jeffrey Goldberg, who posted her response to Blumenthal Wednesday morning.

A version of the story on the al-Akhbar website, where Blumenthal is listed as a staff writer, used one of the iconic photos of UC Davis police officer Lt. John Pike pepper spraying UC Davis students at the top of the piece. Blumenthal however, never actually lists the UC Davis campus police as one of the departments that received Israeli-style counterterrorism training, and Andy Fell, a spokesman for UC Davis says that isn’t the case.

“We haven’t had any training from the Israelis,” Fell said. “It sounds to me that they just pinched a popular photo and put it up there.”

UPDATE: Blumenthal, in a response to Goldberg, writes:

I am not sure why Greenberg would deny the statement she made to me on the record unless she was intimidated by Goldberg and the pro-Israel forces he represents. But the salient fact is that I did quote her accurately, word for word, and I stand by my reporting.

Well I’m not in nearly as good standing with the Zionist Cabal of America™ and Greenberg told me the same thing. Blumenthal citing Greenberg’s posing the question of whether Bush officials consulted the Israeli government on torture in a 2005 doesn’t come close to substantiating the underlying claim Blumenthal was using Greenberg to make, or the idea that she’s backtracking from a prior position taken.

As I said above, the origins of Bush-era torture are well-documented. Absent any independent reporting that Israel had any role in the US development of so-called “enhanced interrogation techniques,” what Blumenthal is doing here is arguing that quoting Greenberg accurately exonerates him from having to actually prove that what he reported is true. I’m not sure that’s much to stand by.

UPDATE 2: Philip Weiss posts what he says are Max Blumenthal’s notes from his conversation with Greenberg:

The Israelification of the entire security apparatus in the US is worth a book. Coordination of mayors is unprecedented. It’s not of course. It’s worth some thought. After 9 11 we reached out to the Israelis on many fronts and one of those fronts was torture. The training in iraq and Afghanistan on torture was Israeli training. There’s been a huge downside to taking our cue from the Israelis and now were gonna spread that into our cities. It’s counter terrorism creep. And it’s exactly what you could have predicted what would have happened. Why don’t we talk about Israeli coordination in public? The reason is the kind of things they taught us would require a major discussion. After 9 11 we had to react very quickly but now were in 2011 and were not talking about people who want to fly planes into buildings, were talking about young American citizens who feel that their birthright has been sold. And were using Israeli tactics on them? If this stuff bleeds into the way we do business at large were in trouble. To put these occupiers in a category of counterterrorism is philosophically dangerous and incorrect. It has implications in terms of who decides who an enemy is. Bit by bit we’ve allowed a creeping broadening of that category and it’s become closer and closer to Americans. It suggests that the walls that we built around this definition of terrorism can be expanded to whatever we want. Kids are not terrorists and it’s inappropriate to label them that way.

I emailed Greenberg, and I’ll post her response if/when she gets back to me.

Weiss also quotes Jane Mayer’s book The Dark Side, in which she writes: “Another former CIA official active at the time said the Agency also consulted closely with Israel…’The Israelis taught us that you can put a towel around a guy’s neck and use it like a collar, to propel him headfirst into a wall.'” This technique was later used on “high-value” detainee Abu Zubaydah. Mayer’s account, however, follows an earlier paragraph in which she explains that:

Specifically, the CIA asked Arab allies which techniques for handling terror suspects worked best in Arab cultures. The Agency’s belief was that interrogation was a cultural matter, much more dependent on indigenous mores. “We talked to police and to other governments—Jordan the Saudis, the Egyptians, [Former CIA official A.B. “Buzzy”] Krongard said. The State Department regularly criticized these other countries for human rights abuses, but this was not a deterrent.”

I think it would be a stretch to describe torture in Iraq and Afghanistan as “Egyptian” or “Saudi” torture as a result of the US conferring with those governments on interrogation. Arguing that there was Israeli influence on the Bush administration’s so-called “enhanced interrogation” program is a defensible point. Declaring that the “[t]he training in iraq and Afghanistan on torture was Israeli training” is an exaggeration at best, based on what we know. I think that holds true for Blumenthal’s larger argument about paramilitary policing in the US as well.

In case it’s not clear, I don’t aspire to spend my professional life trying to silence Israel’s critics, and Israel has plenty of its own issues with torture, human rights, and the rule of law. As someone who’s written about torture in the US for a while though, i just think it’s really dishonest to put the responsiblity for a torture program initiated, developed, and implemented by Americans on anyone else.