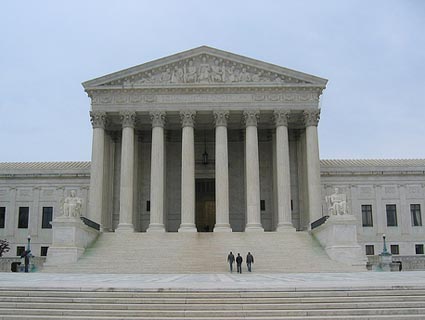 Lopsided Supreme Court rulings can often give insight into the character and philosophy of the justices. The court’s Tuesday decision in Smith v. Cain, which overturned the murder conviction of a Louisiana man named Juan Smith, offers one such example.

The story is fairly simple: Smith was convicted of killing five people on the testimony of a single eyewitness. At trial, the prosecutors conveniently forgot to provide the defense with a detectives’ notes, which indicated that the eyewitness had initially told the detective that he “could not ID anyone because [he] couldn’t see faces” and “would not know them if [he] saw them.” That meant that since there was no physical evidence linking Smith to the crime, the prosecution’s entire case hinged on the testimony of a single eyewitness (a notoriously unreliable yet persuasive form of evidence) who initially said he could not identify the killer.

In his dissent, Justice Clarence Thomas spent 19 pages arguing that the jury would have come down the same way even if the evidence had been included. He explained how he found most of the potentially exculpatory evidence in the case unpersuasive or sees it as implicating Smith. It’s clear Thomas believes Smith is guilty.

Whether or not a jury might have come to a different conclusion if they had seen the withheld evidence is a pretty subjective judgement, and one that recalls previous debates over “empathy” and “objectivity” in judging. The view of the overwhelming majority of the court was that the prosecution might have had a much more difficult time convicting Smith if they had allowed their only evidence to be properly evaluated. Thomas felt otherwise, and it’s not exactly surprising, given his prior rulings on criminal justice issues. Thomas has previously argued that conditions of confinement are not technically “punishment” for the purposes of the Eighth Amendment (a view that allows draconian prison treatment to be constitutional) and in favor of the legality of schools strip-searching minors on the basis of dubious evidence. For all his vaunted skepticism of government, Thomas is more or less sure that if you ever have a run-in with the authorities, you’ve probably done something wrong.

This isn’t merely an issue of Smith’s guilt. The more prosecutors feel like they can get away with railroading defendants, the more they’re likely to do it, and the more likely an innocent person is to be punished. The possibility isn’t an abstract one. As the New York Times‘ Adam Liptak reported, the Orleans Parish District Attorney’s Office has had between 13 and 28 convictions marred by failure to disclose evidence. Last year, the conservative majority on the court overturned a financial award won by a New Orleans man who spent 18 years locked up for crimes he didn’t commit because the district attorney’s office withheld key evidence in his case. Yet the prosecutors’ behavior in the Smith case was so egregious that even his conservative colleagues were unwilling to join him this time around in upholding the original verdict.

Thomas’ famous quote during his confirmation hearings has been revisited in this context before, but it’s worth recalling again.

You know, on my current court, I have occasion to look out the window that faces C Street, and there are converted buses that bring in the criminal defendants to our criminal justice system, busload after busload. And you look out, and you say to yourself, and I say to myself almost every day, ‘But for the grace of God there go I.’ So you feel that you have the same fate, or could have, as those individuals. So I can walk in their shoes, and I can bring something different to the Court. And I think it is a tremendous responsibility, and it is a humbling responsibility; and it is one that, if confirmed, I will carry out to the best of my ability.

In the years that followed, the reality has turned out to be much different. Thomas’ rulings have displayed very little empathy or concern for those who do walk in those prison-issue shoes.