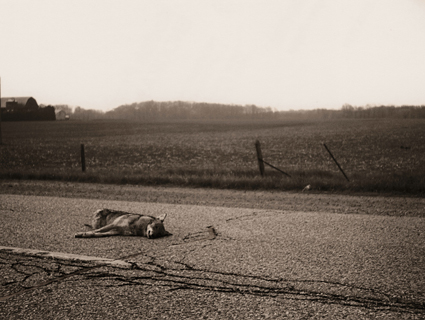 It’s a sad fact of life in wildlife management: Every now and then, wild animals have to be killed for the sake of ecological or agricultural protection. “Culling,” as it’s known, is often a last resort and is usually carried out with a grim sense of necessary duty. After all, most wildlife professionals aren’t big on the idea of killing wildlife.

An unsettling new investigation by the Sacramento Bee found that the federal Wildlife Services agency, an obscure bureau within the USDA tasked with “resolving wildlife conflicts,” has in the last decade accidentally killed over 50,000 animals that posed no threat to people or the environment (in addition to nearly a million coyotes killed intentionally). The execution roster would make John Muir roll over in his grave: wolverines, river otters, migratory shorebirds, bald and golden eagles, and more than a thousand dogs (averaging eight a month!), including family pets. According to the Bee:

In most cases, [employees of the agency] have officially revealed little or no detail about where the creatures were killed, or why. But a Bee investigation has found the agency’s practices to be indiscriminate, at odds with science, inhumane and sometimes illegal…because lethal control stirs strong emotions, Wildlife Services prefers to operate in the shadows.

“We pride ourselves on our ability to go in and get the job done quietly without many people knowing about it,” said Dennis Orthmeyer, acting state director of Wildlife Services in California.

Officially, Wildlife Services exists to take care of things like aggressive bears, coyotes that eat a rancher’s sheep, geese that won’t get off the tarmac, etc. But the Bee reports that the methods the agency uses, like traps with spring-loaded poison cartridges, leave a grisly wake of bycatch, sometimes of federally protected species, that has been deliberately hushed up by top officials. Even people are at risk: 18 employees and “several members of the public” have been exposed to cyanide from the traps.

Carol Bannerman, a Wildlife Services spokesperson, said that 80 percent of the animals the agency goes after are “dispersed,” meaning chased away, rather than “lethally removed,” meaning (you guessed it) killed. But she admitted that the agency’s methods were sometimes sloppy. She described a recent incident where a team was dispatched to remove arctic foxes from an area where there were nesting endangered shorebirds. Traps were set, but instead of foxes, they caught snowy owls. There was nothing to do but return to the drawing board and try again.

Bannerman insisted such mishaps were accidental and regrettable.

“No one goes into this profession because they want to kill animals,” she said.

That may be true, but it doesn’t explain the behavior of one agency official who, according to a former employee interviewed by the Bee, instructed that employee to cover up an accidentally killed golden eagle:

“He said, ‘If you think nobody saw it, go get a shovel and bury it and don’t say nothing to anybody.’ “

Bannerman declined to confirm or deny this report, saying it was “a complex personnel situation” that she couldn’t comment on. Still, she defended the basic premise of the agency, saying, “It benefits the species as a whole by providing a response and giving people help with problems they’re having.”

Okay. But if you see a USDA pickup rolling up the road, consider locking Fido in the house.