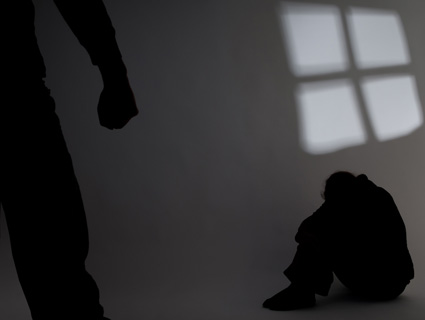 The Weekly Standard‘s John McCormack says the New York Times is being unfair to Paul Ryan—and he says it’s all my fault.

What McCormack is objecting to is a line in a recent Times article noting that Ryan had co-sponsored a bill that tried to “restrict the definition of rape.” He says this phrase is imprecise and gives readers the wrong impression of what Ryan and the House GOP were actually trying to do. The bill in question, H.R. 3, the “No Taxpayer Funding for Abortion Act,” passed the House in May 2011 and was supported by Ryan and most House Republicans. It was a grab-bag of abortion foes’ favorite proposals. The most controversial measure would have limited the types of rapes that would be eligible for federal abortion funding, changing the guideline from “rape” to “forcible rape.” The bill would have also eliminated federal abortion funding for victims of incest who were over 18. Both changes were removed from the bill after a national outcry.

McCormack blames me for giving the Times—and other oulets—a false impression of what the “forcible rape” language would do. In January 2011, I broke the news about the forcible rape language and reported, based on interviews with experts (including a former federal prosecutor), that many kinds of rapes—including drug- and alcohol-aided rapes—could be excluded from the “forcible rape” definition. McCormack says that’s “blatantly untrue.” He says the “forcible rape” language in H.R. 3 would merely have excluded funding for abortions in cases of statutory rape—which, he goes on to claim, is probably what existing law says anyway. As evidence, he notes that the 2004 edition of the FBI’s Uniform Crime Reporting Handbook requires that attempts to use date-rape drugs to rape someone be classified as forcible rape attempts. He says this makes it clear that drug- and alcohol-aided rapes (in which the victim is incapable of consenting) would still have been eligible for abortion funding if H.R. 3 became law.

The FBI, however, is not generally charged with investigating rapes, and the Department of Justice is not generally asked to prosecute them—state authorities are. As I noted in my original story, the phrase “forcible rape” is not defined in the federal criminal code, and the authors of H.R. 3 did not define it or point to other law that offered a definition. Many states also lack a definition of “forcible rape.” And the FBI Uniform Crime Reporting standard that McCormack cites is deeply problematic. It’s not law—it’s simply a standard under which the FBI gathers rape statistics from local authorities. Until it was changed this year, the FBI standard for forcible rape was “the carnal knowledge of a female, forcibly and against her will.” The New York Times‘ contemporaneous reporting on the change, based on statements from top Justice Department officials, said that the standard in place when H.R. 3 passed “did not cover nonconsensual sex that does not involve physical force—like the rape of people who are unable to grant consent because they are drugged, very drunk or younger than the age of statutory consent in their state.” This obviously conflicts with some of the language in the handbook McCormack cites, suggesting that even the FBI and the Justice Department are confused about what constitutes “forcible rape” according to their own definition.

The most charitable interpretation for the inclusion of the “forcible” language—and the one that McCormack offers—is that the authors intended to exclude only statutory rape victims from federal abortion funding. There’s some evidence to support this idea. The two most important anti-abortion lobbyists in America said after the controversy that they believed that Planned Parenthood and its allies were engaged in a plot to use federal money to pay for abortions for every pregnant teenager based “solely on the age of the mother”—i.e., that abortion providers were planning to falsely claim statutory rapes in order to win federal abortion dollars. The “forcible” language, the lobbyists said, was inserted in H.R. 3 to fend off this threat. (Planned Parenthood denied the charge; in the extremely unlikely event the group did have this plan, it’s hard to see how they could have gotten away with it for long.)

That said, the “they only intended to exclude statutory rape” explanation that McCormack has now embraced was offered after a national controversy erupted. Before that, most anti-abortion rights activists and politicians refused to even talk about the language. Anti-abortion rights activists and politicians also claimed repeatedly after the controversy erupted that they weren’t actually changing anything at all, and the existing language already excluded statutory rapes from federal abortion funding. That’s not how the law had been enforced, and doesn’t make much sense—why insert the word forcible if it did nothing?

McCormack claims that we “don’t know” whether the federal government has ever paid for abortion in statutory rape cases. I called the Center for Medicare and Medicaid Services last year and asked them exactly that. They told me they do “not make a distinction between statutory rape and any other kind of rape and states are not free to make such distinctions.” I also called several state agencies at the time and asked them the same question. They all said they didn’t make a distinction between statutory rape and other rapes when providing abortion funding. As a CMS spokeswoman told me, “I hope this is settled now: rape is rape.”

Here’s why it did: By drawing lines between different types of rape eligible for abortion funding, the “forcible” language suggested that some rapes just weren’t rapey enough—they weren’t real rape. McCormack says the intent of the bill “was to prohibit taxpayer-funding of abortion in cases of statutory rape without force—i.e. when a 16-year-old and a 19-year-old have consensual sex.” A 24-year-old who impregnates his 14-year-old “girlfriend” is also committing statutory rape.

While I was reporting out the forcible rape story last year, one of the sources I called, a very accomplished woman, told me she had been a victim of statutory rape as a young teenager. Decades later, she nearly broke down about it on the phone while talking to a stranger. Should she have been denied the option of a Medicaid-funded abortion because her rape wasn’t rapey enough?