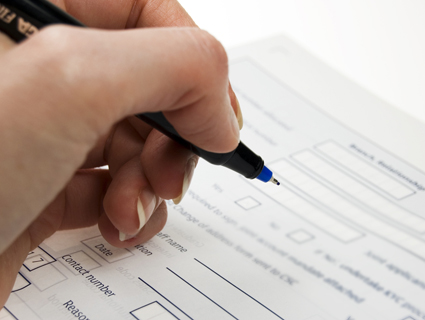 The EPA surprised quite a few people on Wednesday when it announced sanctions on BP related to the 2010 Deepwater Horizon disaster. BP won’t be allowed to get any new government contracts until it cleans up its act, the agency said.

This was announced in a short press release that wasn’t really very specific about what that penalty means in practice. It could bar the company from new contracts for as long as 18 months—and potentially longer, if there are ongoing legal proceedings against the company. And it’s not just BP’s Gulf of Mexico affiliate—this suspension applies to all of BP’s affiliates, barring the company from billions of dollars in potential future contracts.

This has been a long-time coming for BP. As a ProPublica piece from May 2010 noted, the company was already in trouble before spill:

Over the past 10 years, BP has paid tens of millions of dollars in fines and been implicated in four separate instances of criminal misconduct that could have prompted this far more serious action. Until now, the company’s executives and their lawyers have fended off such a penalty by promising that BP would change its ways.

But many companies with federal contracts have been cited for misconduct. Apparently you just have to be really, really bad—like, 26-people-dead, Gulf-ecosystem-destroyed, lying-to-Congress bad—in order to get barred like BP did. The government regularly blocks companies from getting new contracts; there were 5,838 suspensions, proposed debarments, and debarments in 2011, an increase over previous years, but most of them are much smaller companies.

The Project on Government Oversight (POGO) maintains a database of contractors that have been cited for misconduct, including environmental, labor, and financial legal violations. But as POGO points out, “very few large contractors have been suspended or debarred over the years.” BP tops the list with 62 instances of misconduct or alleged misconduct since 1995, but here are the ten other big companies right behind BP that are still allowed to obtain government contracts: