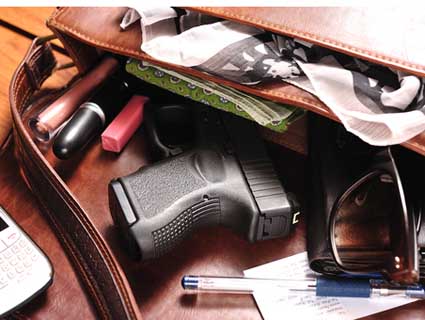 As of this Wednesday, over 600 teachers from 15 states have applied for a free firearms training program that a gun advocacy group, the Buckeye Firearms Association, announced it would sponsor in the wake of the Newtown school shooting. The three-day training will train teachers how to wield firearms in the case of a school shooting.

According to a press release, the association hopes to use the training as a starting point for a more refined, ongoing “Armed Teacher” curriculum. The first training will take place this spring at an Ohio training facility. Buckeye Firearms’ chairman Jim Irvine explained program details to StateImpact:

It has to be conducted in an outside range, a dynamic range as they’re called, because it’s just something you can’t do shooting down lanes at a firing range, so weather is a factor in Ohio and the class is not completely designed yet.

We have to change the mindset in schools and get some good people in schools that are the first line of defense. This isn’t a new idea it’s just that the events in Connecticut make what we’ve been talking about for years all of a sudden politically acceptable. Now everything is on the table, this is something that can and will be done.

Irvine acknowledged that there is a “potential risk” that students could take and use guns if teachers in the US start to conceal-and-carry more often, but noted that in the case of one school in Texas that arms teachers, “frankly, it hasn’t been a problem.” (An Arkansas student did successfully steal a handgun from a teacher’s purse last January.)

A 2011 Mother Jones investigation found that Irvine and the Buckeye Firearms Association have a robust history of gun rights lobbying in Ohio, including a successful push for a concealed carry law in 2004. The organization is also known for its aggression: When the manager of the Sandusky Register, a small daily in Ohio, published the names and birth dates of gun permit holders in the state, he began receiving angry phone calls from gun rights advocates nationwide, and Buckeye published as much publicly available information as they could (including which school bus his daughter rode) on their website.

For now, this program is mostly just pro-gun advocate maneuvering—rather than the start of a serious trend towards arming teachers. There aren’t many barriers preventing an organization from offering training courses, but only Kansas, Mississippi, and Utah currently allow concealed-carry permit holders to carry guns in schools. Eight states, including Texas and Ohio, ban carrying guns in schools unless a district and/or school gives specific permission to do so, though the option is rarely used; Irvine says he hopes his training can help teachers gain these sorts of permissions. Six additional states are planning to introduce legislation during their upcoming sessions to allow firearms in schools.