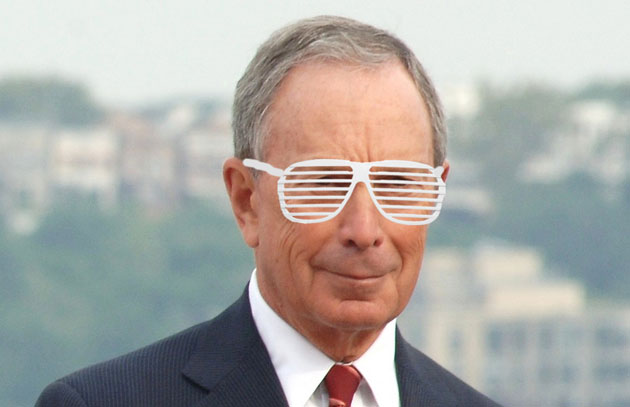 New York City has become the nation’s leader in stop-and-frisk, the growing practice of stopping mostly young, mostly minority Americans on the street and searching them without a warrant or probable cause. The city is currently attempting to defend the controversial policy against a lawsuit that alleges that the New York Police Department is violating New Yorkers’ constitutional rights by stopping and searching people without adequate justification. At a press conference Tuesday, Mayor Michael Bloomberg took a new tack in defending stop-and-frisk, which disproportionately affects people of color: He implied critics of the policy are racist.

Here’s the relevant excerpt, flagged by Amira, in which Bloomberg not only attacks the New York Times but also the Center for Constitutional Rights, which is litigating the stop and frisk case:

Last week Bronx resident Alphonza Bryant was shot and killed while standing with friends near his home. He was 17. Like most murder victims in our city, he was a minority…Alphonza was a person—he had a loving mother, family, friends. It does not appear that he was even the intended target of the shooters. He was just a victim of too many guns on our streets. But after his murder there was no outrage from the Center for Constitutional Rights or the NYCLU. There was not even a mention of his murder in our paper of record, the New York Times. “All the news that’s fit to print” did not include the murder of 17-year-old Alphonza Bryant. Do you think that if a white, 17-year-old prep student from Manhattan had been murdered, the Times would have ignored it? Me neither. I believe that the life of every 17-year-old and every child and every adult is precious.

There are 11 plaintiffs in the stop-and-frisk case currently on trial in federal district court, none of whom is white. According to Bloomberg, if minorities don’t want to their freedom of movement restricted because of their skin color, it’s just because they’re racist…against themselves. A New York Times spokeswoman told Politico that Bloomberg‘s criticism of the paper was “absurd.”

Here’s who is actually affected by stop and frisk: 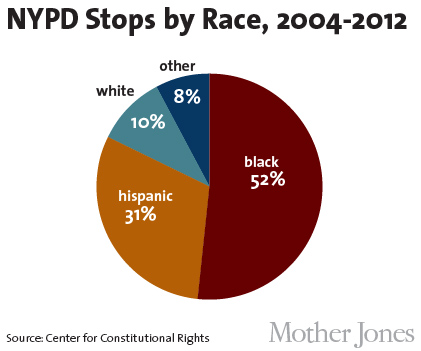 And here’s how many weapons the practice takes off the streets compared to the number of people who are stopped: 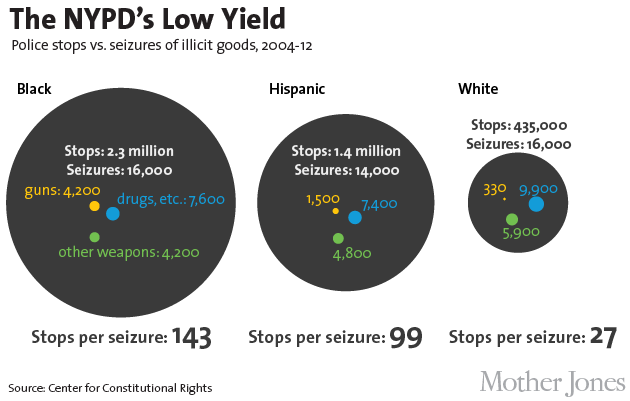 As the judge presiding over the stop-and-frisk case, Shira Scheindlin, has said, the case is not about whether or not stop-and-frisk is effective. It’s about whether the policy violates New Yorkers’ constitutional rights. A policy can be “effective” and still be illegal because it doesn’t recognize those rights. Surely Bloomberg can understand that.

Check out the rest of our stop-and-frisk charts here.