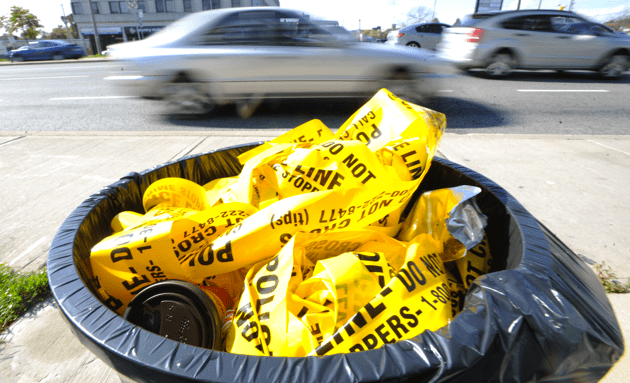 Justice comes slower for homicide victims killed in New York’s poorer outer boroughs than it does for the denizens of rich, relatively homicide-free Manhattan.

That’s according to a New York Daily News investigation analyzing the number of homicide detectives the city assigns to assist local precincts during the critical first hours following a murder. The investigation also looked at how the city allocates the scarce resources of its cold case squad. Reporters found that there are 10 homicides detectives serving Manhattan South, an area where only 10 murders were reported in all of 2013—one homicide detective per case. By contrast, Brooklyn North, where 86 New Yorkers were murdered in 2013, has 17 homicide detectives—each handling an average of five cases.

The result is a staggering number of unsolved murders in Brooklyn, Queens, and Bronx precincts, the majority of which involve Latino or black victims. The News tallied 77 open murder investigations in Brooklyn, 39 in the Bronx, 26 in Queens, 15 in Manhattan, and two in Staten Island. The precincts with the most open murder cases are in Brookyln’s East Flatbush (10 out of 12 unsolved), Crown Heights, (nine out of 13 unsolved), and East New York (eight out of 17 unsolved) neighborhoods. The News found that 86 percent of last year’s homicides involving a white victim have been solved, compared with 45 percent of murders with a black victim and 56 percent of murders involving a Hispanic victim.

It’s not hard to figure out why such a disparity exists. “Manhattan is treated differently than the outer boroughs because that’s where the money is,” Joseph Giacalone, who retired last year as commanding officer of the Bronx Cold Case squad, told The News.

The scarcity of resources for murder investigations is partly explained by cuts and retirements that greatly reduced the number of detectives serving New York’s homicide and cold case squads. For example, there are roughly 1,500 unsolved homicides on the books in New York City. But the number of detectives working to make arrests in cold cases has plummeted, from 50 when the squad formed in 1996 to just eight today.

Still, the city’s clearance rate—the number of homicide arrests detectives make each year compared with the number of new homicides reported in the same time period—has averaged about 70 percent since the 1990s. Yet it’s the precincts in the poorer areas of outer boroughs have lagged behind badly. Manhattan homicides, Giacalone said, “get probably double the amount of cops that you see in Brooklyn…It’s just part of the deal.”

That is cold comfort to a person like Donna Rayside, whose son, Dustin Yeates, was killed in May in Brooklyn’s Flatland neighborhood. Police in that precinct, the 63rd, have not made an arrest in his case. “With eight killings in 2013, the [63rd] precinct has among the fewest detectives per homicide in the entire city at 1.5, compared to most Manhattan precincts that have anywhere from five to 26 detectives per murder,” The News explains.

“It just seems like his case got swept under the rug,” Rayside told the Daily News. She is offering $8,000 of her own money for information that leads to the arrest of her son’s killer—as she fears police have dismissed her son’s slaying as merely “one black guy against another.”