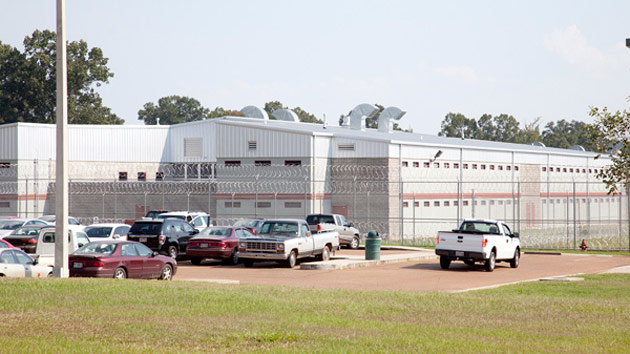 Scopia Capital Management, DSM North America, and Amica Mutual Insurance pulled nearly $60 million in investments from CCA and GEO Group in the final quarter of 2013, marking full divestment for DSM and Amica and a 27 percent decrease in shares for Scopia. (Scopia has decreased its private prison stock by 59 percent since December 2012.) Their announcements mark the first round of success for civil rights nonprofit Color of Change, which has been pushing over 150 companies to divest from for-profit incarceration companies since last year. Color of Change is one of 16 organizations working towards these divestment goals as part of the National Prison Divestment Campaign.

“Companies that continue to stay with their investments in CCA and GEO Group are making a real decision about where they want their money and the ethical obligations they have to the greater society,” Color of Change Executive Director Rashad Robinson told Mother Jones. Human rights advocates strongly oppose private prisons, alleging that they prioritize profit over rehabilitation and help fuel mass incarceration. Privately owned prisons have also been shown to have higher levels of violence and recidivism.

The founders of asset management company Scopia Capital, who donate to Democratic politicians like Colorado Senators Mark Udall and Michael Bennet, and have ties to other progressive organizations, have drawn criticism in the past for their company’s stake in GEO Group. In its 2013 end-of-year filing, Scopia reported owning 4,320,339 shares of GEO Group, down from 10,621,223 shares at the end of 2012. According to Color of Change, the company has committed to a full divestment of GEO Group holdings, and is on pace to reach this target within the coming year.

DSM, a Netherlands-based chemical company, dropped all 73,000 of its pension fund’s shares in CCA and GEO Group in the final quarter of last year. DSM North America President Hugh Welsh stated in a Color of Change press release:

“In accordance with the principles of the UN Global Compact, with respect to the protection of internationally proclaimed human rights, the pension fund has divested from the for-profit prison industry. Investment in private prisons and support for the industry is financially unsound, and divestment was the right thing to do for our clients, shareholders, and the country as a whole.”

Of course, $60 million is small change for CCA and GEO Group, which reported revenues of $1.7 and $1.5 billion respectively in 2013. But Robinson says these divestments are just the first step in his organization’s plan to hold investors accountable. If so, Color of Change has a long way to go: CCA has 309 institutional holders and GEO Group has 225. Vanguard alone owns about 14 percent of each company.

Robinson says investment companies often tell Color of Change their “hands are tied” when it comes to divesting from private prison companies. He admits that “the untangling of these resources is hard,” but points to Scopia, Amica, and DSM as proof that divestment is possible.

While asking shareholders to face the moral implications of their investments, Color of Change also warns them that, ethical or not, the industry may not remain financially viable: “If the industry isn’t growing, then that’s going to be hard on the investor. He tells them, “This is not a business you should be in. These type of investments are going to become more and more shaky.”

Robinson isn’t the only activist predicting a decline in for-profit incarceration. Last summer, Anonymous released a report calling CCA stock a “strong sell” because “in purely financial terms, for-profit incarceration is becoming an increasingly unviable business model. Intuitively, it should be understood that current US incarceration rates are unsustainable.” But private prison companies don’t seem worried yet—the industry grew 1664% from 1990 to 2009 and 37 percent from 2002 to 2009. Some financial analysts are also confident in the industry’s continued success: Wall St. Cheat Sheet recommends buying private prison stock, as do the the Wall Street Journal‘s “Research and Ratings” pages for both CCA and GEO Group.