There’s been a lot of scary news on the drought front lately. In the midst of its third dry year in a row (and what’s shaping up to be the driest in 500 years), California faces worsening wildfires and drinking water shortages. The state will likely have to rely on dirty and costly fossil fuels instead of hydropower for energy. Plus, because the state is the nation’s largest agricultural producer and international exporter, California’s crisis will have severe economic implications for the entire country, including raising the price of your favorite produce.

Hundreds of billions of dollars have been spent on water supply options that are now tapped out, and a recent survey showed that Californians are unwilling to invest in any new infrastructure or programs. Are we doomed?

There might be some hope. A new report issued by the Natural Resources Defense Council and the Pacific Institute highlights some solutions that could easily be implemented by using strategies already in place. The researchers behind The Untapped Potential of California’s Water Supply evaluated current systems and found that between 10.8 and 13.7 million acre-feet of water—enough to supply more water than is currently used in all of California’s cities—could be provided by addressing agricultural and urban efficiency, increased use of treated waste water, and storm-water capture. 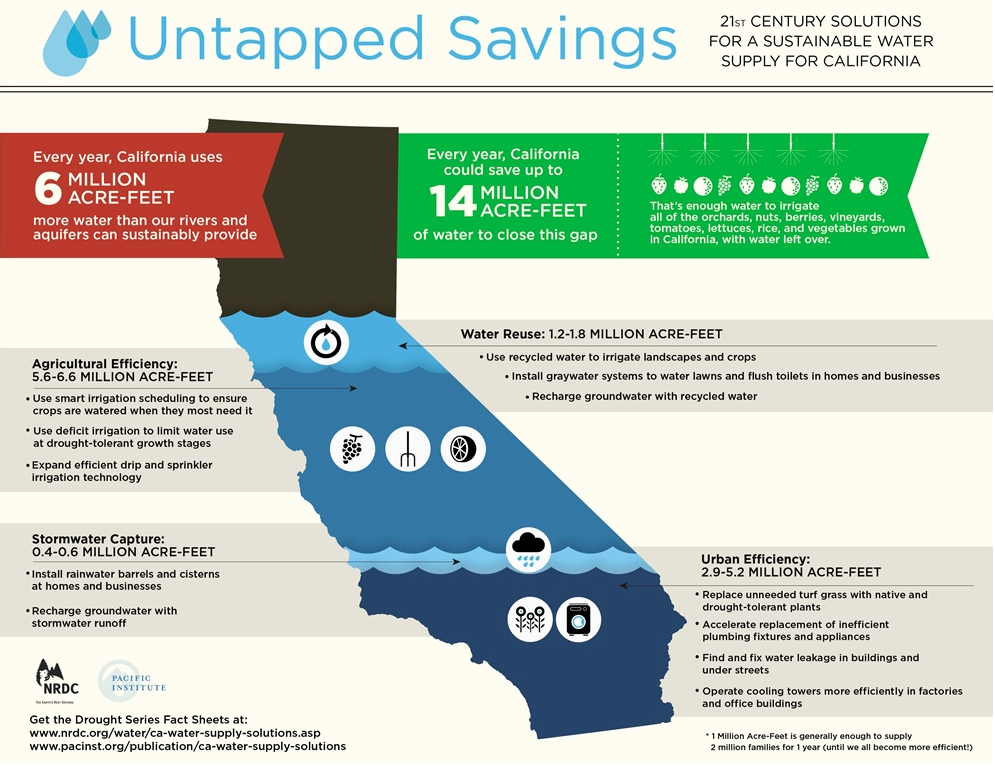 “We are arguing that the potential is there,” says Dr. Peter Gleick, co-founder and president of Pacific Institute. “Policymakers and the public ought to have a serious conversation about how to move forward on these options.”

Here are five ways we could fix the drought, taken from the report: 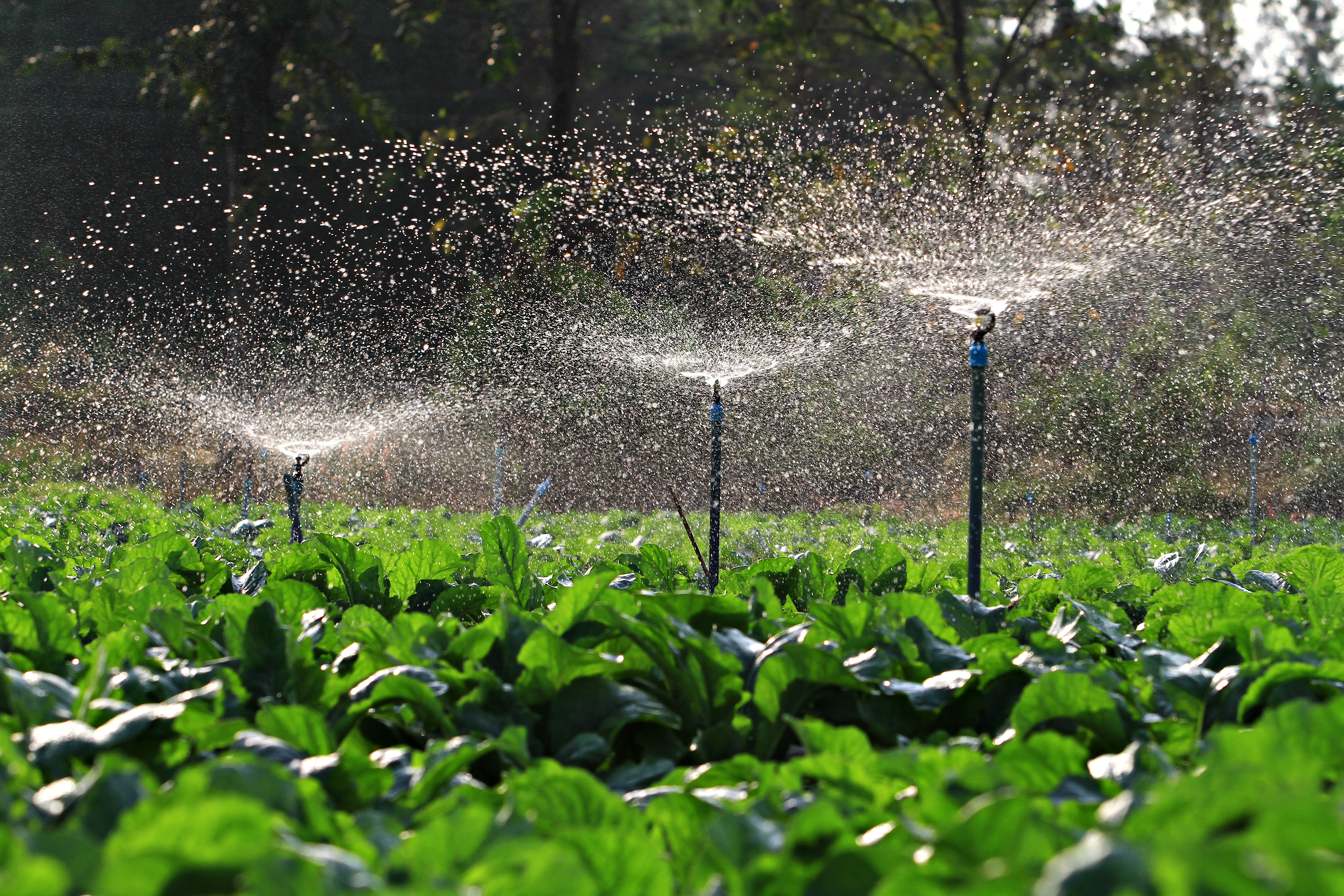 About 80 percent of California’s water supply is consumed by its fields. But it could be much less. Farmers could take advantage of weather-based irrigation scheduling—which assesses water needs based on local weather data—and replace flood irrigation systems with improved sprinkler or drip systems. They could also water crops like wine grapes, raisins, almonds, and pistachios less during the crops’ “drought tolerant growth stages.” These methods combined could reduce water use by 17 to 22 percent across California.

Fix those faulty faucets and flushers 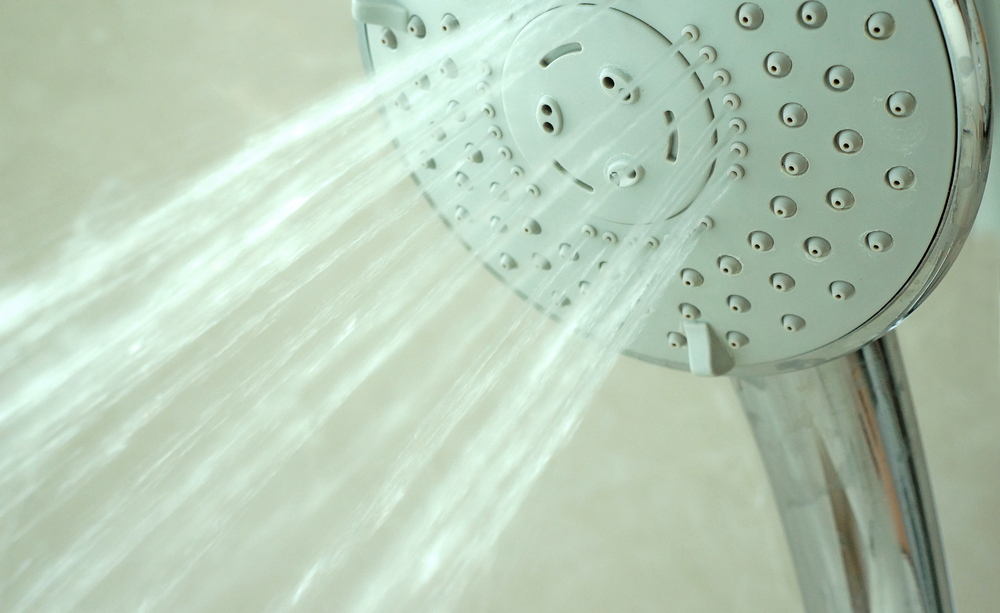 According to the report, urban water use (which includes use by households, businesses, manufacturing, and other institutions) has grown proportionally to population since 1970. Water used in and around our homes accounts for 64 percent of total urban use, but there are some easy ways households can increase their efficiency, like fixing toilets, shower-heads, and washing machines. The report estimates that “widespread adoption of water-efficient appliances and fixtures in California homes, combined with replacement of lawns with low-water landscapes, could reduce total residential water use by 40 to 60 percent.” 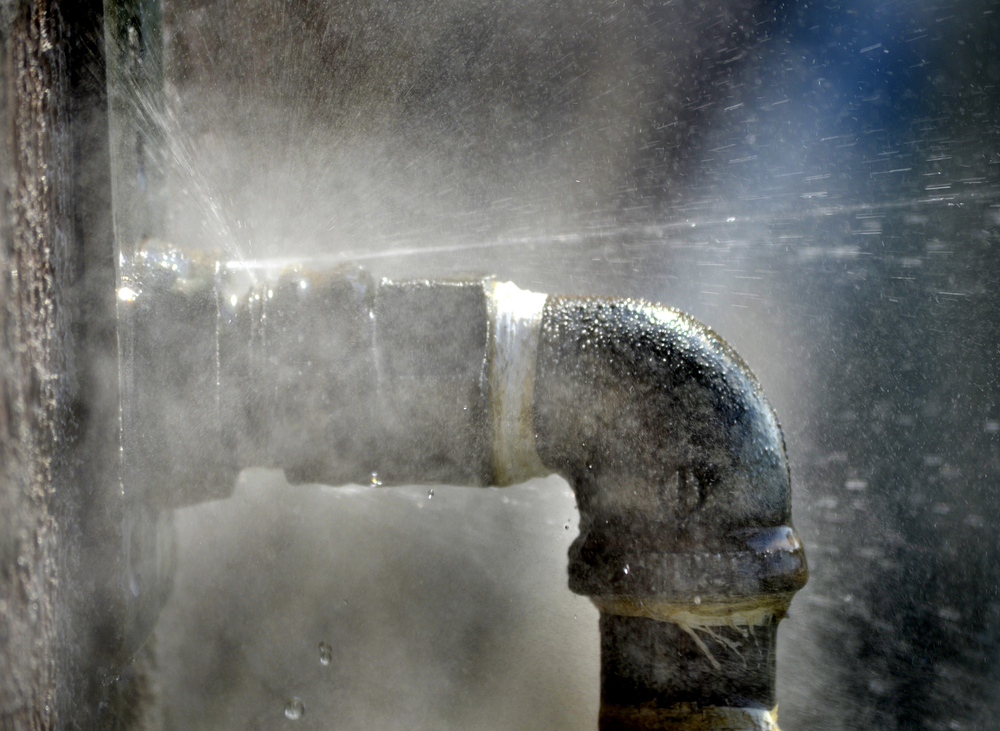 Underground pipes also place a big strain on the system. A study cited by the report found that “17 percent of water pumped by utilities in the United States is lost to leaks.” In California alone, utilities lose an estimated 21 gallons per capita every day. Researchers suggested that the savings associated with reducing these leaks would offset the cost needed to repair them. 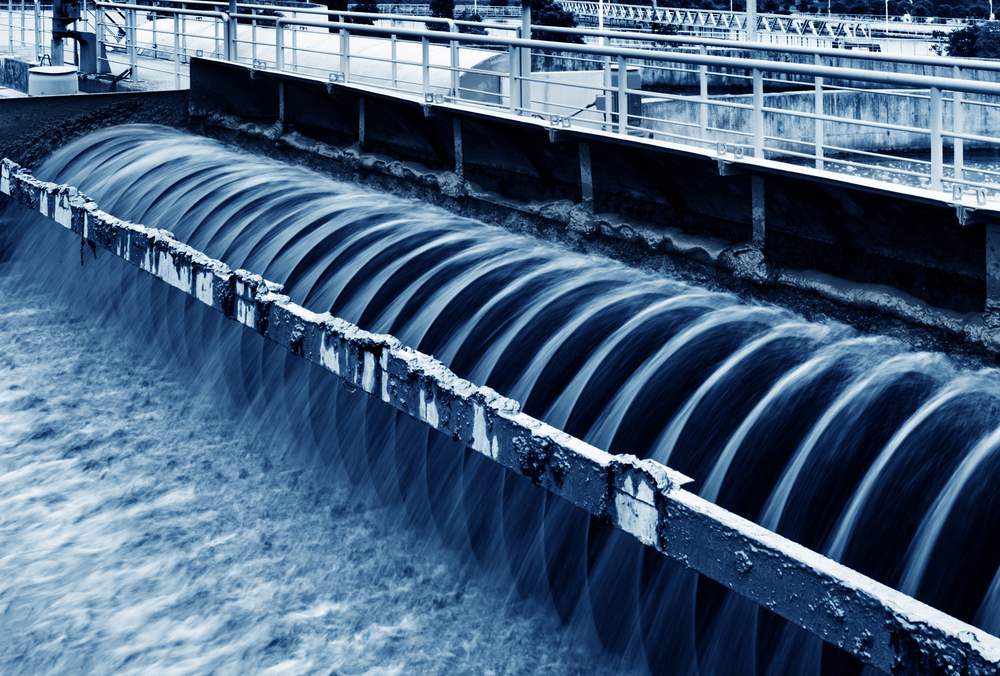 Cities often try to channel used water into the ocean, which is an energy suck and often results in pollution issues. This water can be easily reused with treatment or with some creative thinking on behalf of businesses and households. “A home may be equipped with a greywater system that collects wastewater from a clothes washer and uses it to irrigate a garden. Likewise, an office building may be equipped with a system that treats wastewater and reuses a portion for flushing toilets and other non-potable applications.” 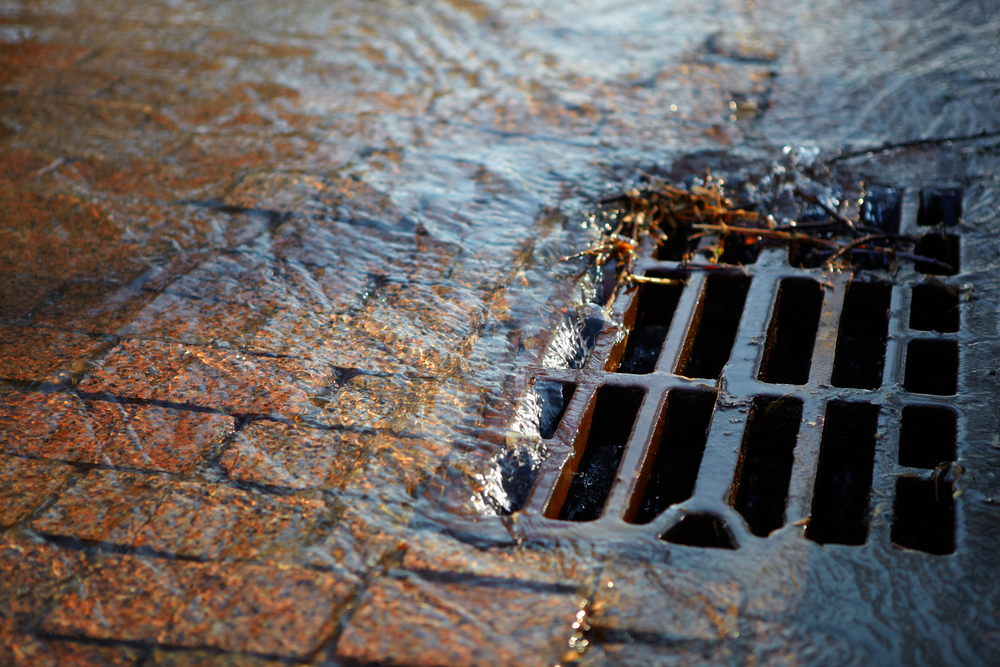 Storm water is often cast off from “developed land and urban centers as quickly as possible.” The freshwater runoff could be used to recharge depleted groundwater or for “other non-potable” applications: “Our assessment indicates that capturing storm water from paved surfaces and rooftops in urbanized Southern California and the San Francisco Bay Area can increase average annual water supplies by 420,000 to 630,000 acre-feet or more each year, while also reducing both flooding and a leading cause of surface water pollution in the state.”

So, is this all too good to be true? Perhaps. “There are always barriers. Lack of knowledge is a barrier, lack of financial incentives is a barrier,” Gleick explains. “The good news is we know these things work. We know how to capture this potential…The question is will we? And that is a question you need to ask the governor, the legislature, and the local water districts.”