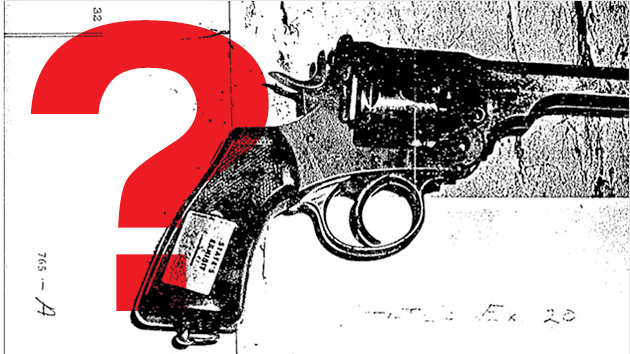 Update: After serving as the National Rifle Association’s general counsel for 17 years, Robert Dowlut retired in late 2014, a few months after the original article was published. Neither Dowlut nor the NRA have responded to it.

For all its bluster, the National Rifle Association also knows how to maintain a disciplined silence in the face of uncomfortable questions. Most notably, it went to ground in the wake of the Newtown school shooting in December 2012, resurfacing after a few days with bland talking points, followed by Wayne LaPierre’s assertion that “the only thing that stops a bad guy with a gun is a good guy with a gun.” Perhaps it’s not surprising, then, that in the week since I published an investigation into the complicated past of the NRA’s top lawyer, the gun lobby has not responded.

The subject of my article, NRA general counsel Robert J. Dowlut, is a low-profile yet influential legal expert who has spent more than 35 years pushing for an aggressively broad interpretation of the Second Amendment. In 1964, he was sentenced to life in prison for shooting his girlfriend’s mother in South Bend, Indiana. Several years later, the conviction was reversed due to bad police work, and Dowlut eventually walked free.

Before I reported on Dowlut’s background, I contacted him 10 times by phone, email, and registered mail, explaining what I was writing about and inviting him to share his side of the story. When I did not hear from him, I asked the NRA and its public affairs head, Andrew Arulanandam, for comment multiple times. I also sent registered letters directly to NRA leaders, including executive vice president Wayne LaPierre, president Jim Porter, and lobbying head Chris Cox. None responded.

If Dowlut or the NRA do decide to talk, here are the four questions I’d most like them to answer:

1. Did Dowlut ever disclose his past to his colleagues or the NRA? So far, none of Dowlut’s colleagues and friends have come forward to talk about what they did or didn’t know. David Hardy, a prominent gun rights writer who’s known Dowlut “longer than I can remember” told me he had “no idea” about Dowlut’s previous conviction and reversal. Other gun rights groups and bloggers have also been conspicuously silent since the story ran.

2. How did Dowlut’s experience influence his career? Dowlut’s writings strongly suggest that his legal odyssey played a role in shaping his philosophy. In a 1983 article, he disapprovingly cited Supreme Court Justice Byron White’s dissent in Miranda v. Arizona, a case very similar to his own. White had predicted that protecting criminal suspects’ rights “will return a killer, a rapist or other criminal to the streets.” Did Dowlut’s position—that gun rights are another essential defense against official overreach—stem from his time as the accused? Did this stance put Dowlut at odds with the NRA’s tough-on-crime talking points? (Consider that the NRA’s president from 1992 to 1994 was Robert Corbin, the prosecutor who made a point of retrying Ernesto Miranda after the landmark 1966 Supreme Court decision bearing his name. Corbin also served as the vice chairman of the NRA Civil Rights Defense Fund; Dowlut is the fund’s longtime secretary.)

3. Did Dowlut ever disclose his past to the bar? Several readers have asked if Dowlut disclosed his experience as a criminal defendant while applying for admission to the bar. (He was admitted to the District of Columbia Bar in 1980 and is also a member of the Virginia Bar.) I don’t know: Bar applications are confidential, and it’s not clear what was asked on the character and fitness sections of the DC and Virginia Bar applications four decades ago. Currently, the DC Bar asks applicants to disclose all previous arrests, charges, and convictions, even for matters that have been dismissed or expunged. The Virginia Bar asks applicants to disclose any involvement in criminal proceedings (including juvenile cases and traffic offenses). Assuming that Dowlut faced similar questions when he became a lawyer, how did he respond?

4. What really happened 51 years ago in South Bend? The South Bend police still consider the murder of Anna Marie Yocum on the night of April 15, 1963, to be an open case. Most of the main characters involved in Dowlut’s murder trial are dead; the victim’s daughter is alive, but refused to speak with me. The court records I obtained, while voluminous, offer competing narratives that leave a trail of nagging questions: The police interviewed several other potential suspects—what were they asked, and why were they released? If Dowlut had no knowledge of the crime, how was he able to lead detectives to a buried gun allegedly linked to it? Whom did the gun belong to? And finally, what does Dowlut think actually happened on that night?