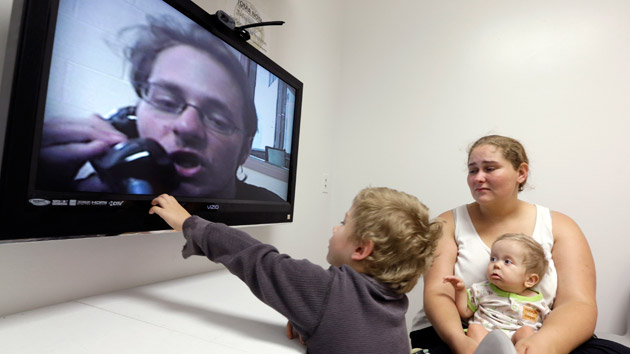 For felons, a stint behind bars is financially costly. But, as a new report suggests, those costs often extend to the families they leave behind.

Roughly two-thirds of families of convicts had trouble meeting their basic needs as a result of their relatives’ time behind bars, according to a new national survey of 1,080 family members and former inmates. The survey was conducted by the Ella Baker Center for Human Rights, an Oakland-based nonprofit focused on racial and economic justice issues, along with a coalition of advocacy groups.

Incarceration, the report states, “reinforces economic stress on impoverished families and limits the economic mobility of both formerly incarcerated people and their families.”

Families of convicts spent an average of $13,607 on court-related costs.

It turns out that the financial burden of incarceration disproportionately falls on women in the family—from spouses to grandmothers. Nearly half of the people surveyed who went to prison contributed at least half of the total household income before their conviction. What’s more, the report found that household incomes generally didn’t return to their previous levels once the family member returned home. Ex-convicts often have trouble finding work, leaving them to resort to low-paying jobs to support families. At least 60 percent of former inmates remained jobless a year after their release, and 26 percent could not find work five years after their release.

Former inmates often struggle to find housing, since a criminal record bars them from government-subdsidized housing, forcing them to rely on family members. And while 67 percent of former inmates surveyed hoped to return to school after their release, only 27 percent actually did.

The high costs associated with the legal system put a considerable strain on low-income families, especially those of color. Forty-four percent of black women are related to someone in prison, and black men are more than six times as likely as white men to be imprisoned. Families on average spent $13,607 on court-related costs, such as attorney fees and court fees—one-third of the median household income nationwide and just above the poverty line threshold for a single person. That doesn’t account for the costs of maintaining contact with the family members behind bars, whether through phone calls or visits. All told, the report found, these costs helped drive more than one-third of the families surveyed into debt.

Survey respondents also reported experiencing “negative health impacts” because of their family member’s incarceration and described moments of “depression, anxiety, chronic stress, and other chronic health issues,” according to the report.

“One interaction with the criminal justice system can snowball into leaving you in debt that you can’t get out of,” said Azadeh Zohrabi, a national campaigner with the Baker Center. “Everything just keeps adding on and adding on.”