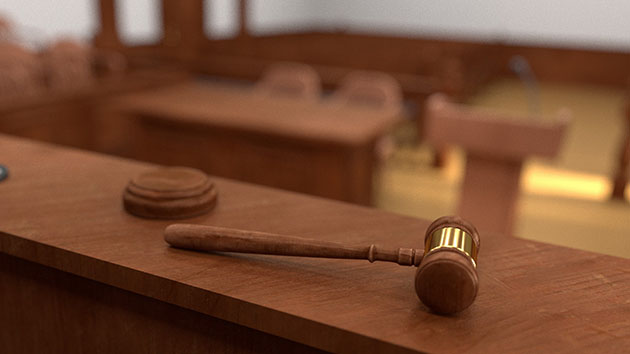 What happens to a legal appeal when there’s no court to hear it?

That’s the tricky question before Kansas Republicans today as they grapple with the results of their own law, which threatens to shutter the state court system.

On Wednesday night, a district judge in Kansas struck down a 2014 law that stripped the state Supreme Court of some of its administrative powers. The ruling has set off a bizarre constitutional power struggle between the Republican-controlled legislature and the state Supreme Court. At stake is whether the Kansas court system will lose its funding and shut down.

Last year, the Kansas legislature passed a law that took away the top court’s authority to appoint chief judges to the state’s 31 judicial districts—a policy change Democrats believe was retribution for an ongoing dispute over school funding between the Supreme Court and the legislature. (Mother Jones reported on the standoff this spring.) When the legislature passed a two-year budget for the court system earlier this year, it inserted a clause stipulating that if a court ever struck down the 2014 administrative powers law, funding for the entire court system would be “null and void.” Last night, that’s what the judge did.

Kansas Attorney General Derek Schmidt warned that last night’s decision “could effectively and immediately shut off all funding for the judicial branch.” That would lead to chaos. As Pedro Irigonegaray, an attorney for the Kansas judge who brought the legal challenge against the administrative law, put it, “Without funding, our state courts would close, criminal cases would not be prosecuted, civil matters would be put on hold, real estate could not be bought or sold, adoptions could not be completed.”

Both parties in the case have agreed to ask that Wednesday’s ruling remain on hold until it can be appealed to the state Supreme Court, so that there is a functioning court to hear the appeal. On Thursday, a judge granted the stay. Meanwhile, lawyers involved in the case and advocates for judicial independence are preparing a legal challenge to the clause of the judicial budget that withholds court funding. Sometime in the next few months, the state Supreme Court is likely to rule on whether the legislature has the right to strip the Supreme Court of its administrative authority, and whether it can make funding for the courts contingent on the outcome of a court case.

“We have never seen a law like this before,” Randolph Sherman, a lawyer involved in fighting the administrative law, said in a statement, referring to the self-destruct mechanism in the judicial budget. “[I]t is imperative that we stop it before it throws the state into a constitutional crisis.”