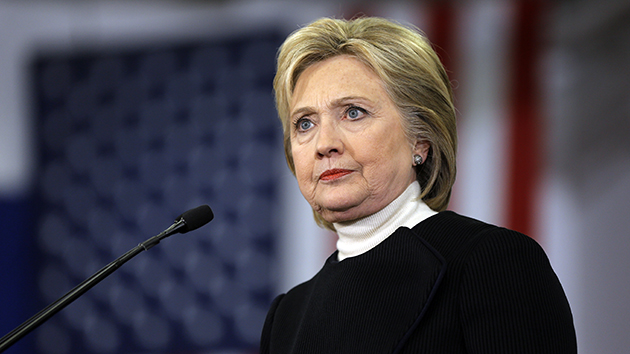 After a crushing loss in New Hampshire on Tuesday night, Hillary Clinton may be having an even worse morning. As her campaign turns to South Carolina, where she hopes to win the primary with the support of African American voters on February 27, two prominent black intellectuals issued forceful statements Wednesday morning that could boost her rival, Bernie Sanders.

“I will be voting for Sen. Sanders,” Ta-Nehisi Coates, a correspondent for The Atlantic and the author of the 2015 National Book Award winner Between the World and Me, said Wednesday in an interview on Democracy Now! Coates has written critically of Sanders recently for not embracing reparations for African Americans as part of his economic and social justice platform.

A much stronger rebuke of Clinton came from Michelle Alexander, the author of The New Jim Crow: Mass Incarceration in the Age of Colorblindness, who blasted the former secretary of state in an essay published Wednesday on the website of The Nation titled “Why Hillary Clinton Doesn’t Deserve the Black Vote.” In it, Alexander argued that the economic and criminal justice policies of the Bill Clinton administration, from the 1994 crime bill to welfare reform in 1996, were devastating to African Americans—and that Hillary Clinton was a force in that administration whose role should be scrutinized and whose current positions on criminal justice and racial equality are not strong enough.

Ironically, perhaps, Alexander cites Coates at the end of the essay in also critiquing Sanders.

This is not an endorsement for Bernie Sanders, who after all voted for the 1994 crime bill. I also tend to agree with Ta-Nehisi Coates that the way the Sanders campaign handled the question of reparations is one of many signs that Bernie doesn’t quite get what’s at stake in serious dialogues about racial justice. He was wrong to dismiss reparations as “divisive,” as though centuries of slavery, segregation, discrimination, ghettoization, and stigmatization aren’t worthy of any specific acknowledgement or remedy.

But recognizing that Bernie, like Hillary, has blurred vision when it comes to race is not the same thing as saying their views are equally problematic. Sanders opposed the 1996 welfare-reform law. He also opposed bank deregulation and the Iraq War, both of which Hillary supported, and both of which have proved disastrous. In short, there is such a thing as a lesser evil, and Hillary is not it.

Coates and Alexander are by no means the first black intellectuals to express skepticism of Clinton and endorse Sanders. Princeton University professor Cornel West, for example, has campaigned with Sanders. On Wednesday morning, Sanders traveled to Harlem to have breakfast with the Rev. Al Sharpton.

Meanwhile, on Tuesday, the Washington Post reported that Rep. Jim Clyburn (D-S.C.), the most prominent black politician in South Carolina, is considering endorsing Clinton. She still has plenty of backing in the black political establishment. But the comments from Coates and Alexander Wednesday are a sign that the degree of support Clinton is counting on from the black community might be slipping away, and that she may not be able to sew up the black vote in South Carolina, as her supporters have long predicted.