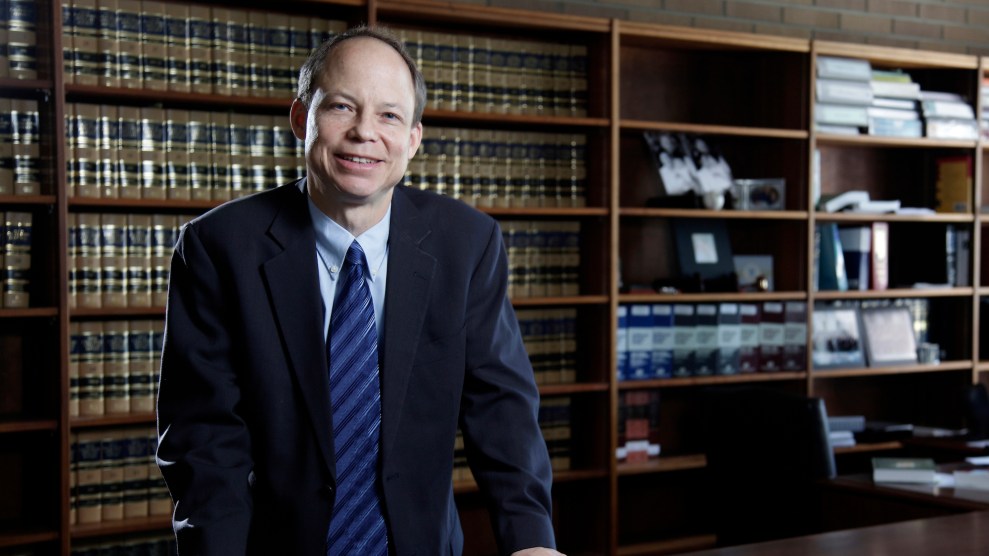 It’s been more than a year since Brock Turner was sentenced to six months in county jail, plus probation, for sexually assaulting an unconscious woman behind a dumpster by Santa Clara County Superior Court Judge Aaron Persky—and a year since Stanford Law professor Michele Dauber, a family friend of the victim, launched a campaign to unseat Persky through a recall election.

That recall election, an unusual legal mechanism by which California allows voters to remove judges from office before the end of their six-year terms, just passed its next hurdle: On Monday, Persky opponents filed a notice that they intend to petition to get the judge’s name onto a ballot next year. The next step is to gather 58,634 signatures from county residents in support of the recall over the next 160 days.

Judicial elections, though, and specifically recall elections, are much more complex than a simple referendum on the person in question. Persky is anchoring his retention campaign in a message of judicial independence. Meanwhile, the campaign to unseat him is using the same issue to argue the opposite: “It is the very fact that judges like Persky often exercise ‘discretion’  in favor of defendants like Brock Turner that preserves a system in which poor and minority defendants receive long sentences to which the Brock Turners of the world will never have to be subject.” Then there are also groups of California law professors, former Stanford law students, and even public defenders who are argue that, in general, holding a recall could have unexpected consequences, like promoting a “tough on crime” attitude among other judges who might fear their own recall elections.

To help understand some of the unanticipated ramifications of a recall, Mother Jones recently spoke with Alicia Bannon, a senior counsel at New York University’s Brennan Center for Justice and an expert on fair courts. Here are the key takeaways:

Of course, these complicating factors won’t sway most people who’ve made up their minds about Persky. Last year, Stanford’s Dauber told Mother Jones that some of those who oppose recalling Persky are just quibbling with the California constitution. Judges “are serving at the pleasure of the people and they are accountable to the people,” she said. “It is the constitutional right of the women and other people of Santa Clara county to call for this recall because we’re unhappy with this judge’s perspective on sexual violence.”