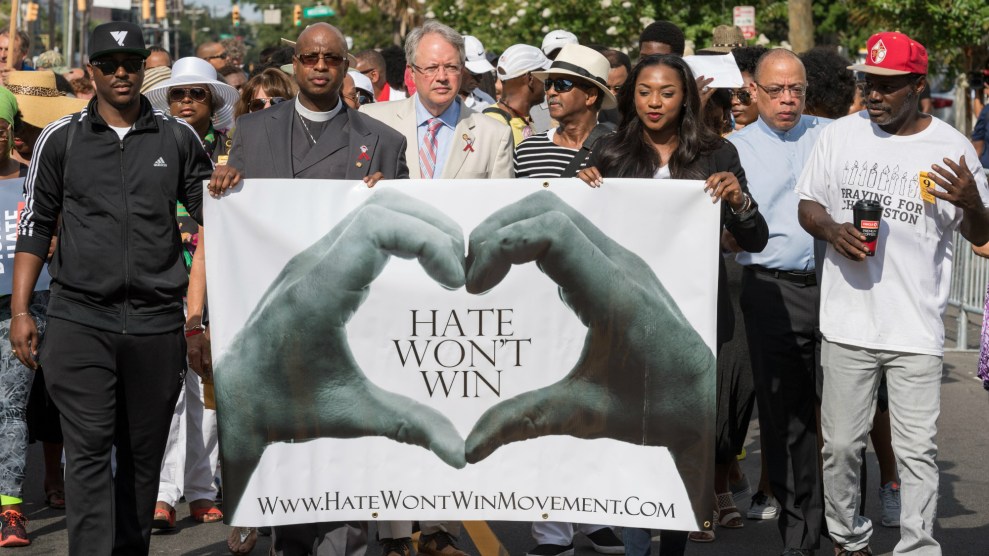 An FBI report released earlier this week claims that hate crimes increased 4.6 percent in 2016 over the previous year, from 5,850 in 2015 to 6,121 last year. Mainstream media outlets widely reported on these statistics (see here and here), with several outlets calling out a specific spike in hate crimes around Election Day and reporting the largest group of victims, about 60 percent, were targeted because of their race. The Huffington Post calls the report “the most comprehensive hate crime data available” for the 2016 election year. That’s technically true, but the statement and other conclusions from the data are also somewhat misleading. The report might in fact provide the best data available at the national level, but it— and the data on hate crimes more broadly—are deeply flawed; the number of hate crimes in the US is almost certainly much higher than what the FBI has reported. Here, we’ve broken down the main reasons why:

There is no agreement among states for what counts as hate crime.

The first federal hate crime statute was passed in 1968 with a relatively narrow definition, making it a crime to “use, or threaten to use, force to willfully interfere with any person because of race, color, religion, or national origin.” It wasn’t until 2009 that President Obama signed a law which also classified crimes based on disability, sexual orientation, gender, or gender identity as hate crimes. However, what constitutes a hate crime still varies a lot between states, which makes it nearly impossible to understand the full scope of hate crimes that occur. States may not be reporting entire categories of crimes in their jurisdictions; for example, five states—Wyoming, Arkansas, Indiana, Georgia, and South Carolina—don’t have any hate crime laws on their books and so may not track crimes that the federal government defines as hate crimes. Only 14 states, according to the Anti-Defamation League (ADL), have fully inclusive hate crime laws, meaning those that protect against and track crimes committed based on religion, race, sexual orientation, disability, gender, and gender identity.

Reporting hate crimes is voluntary. And many big cities simply don’t report them.

According to the FBI, a whopping 88 percent of the 15,000 law enforcement agencies that voluntarily shared their data in 2016 reported zero hate crimes. And, according to the ADL, 90 cities with populations greater than 100,000 also reported zero hate crimes, or didn’t report anything at all, including major metropolitan areas such as Tallahassee, Honolulu, and Kansas City.

This means the FBI’s numbers are low. Really low. The true number of hate crimes committed in a given year, according to a 2003-2011 survey conducted by the Department of Justice, is closer to 260,000 annually—36 times the numbers reported by the FBI for those years. “There’s a dangerous disconnect between the rising problem of hate crimes and the lack of credible data being reported,” ADL CEO Jonathan Greenblatt said this week in a statement. “Police departments that do not report credible data to the FBI risk sending the message that this is not a priority issue for them, which may threaten community trust in their ability and readiness to address hate violence.”

There were 6,121 hate crimes reported to the @FBI in 2016, and that doesn't even factor in the dozens of cities that either don't report hate crimes or underreport them. See the breakdown year over year in our interactive map: https://t.co/EFuE1WHrNY pic.twitter.com/aixOsAsFeH

And lastly, it can be difficult to determine a hate crime was actually committed out of hate.

To conclude something is a hate crime, the offender’s intentions must be clear. That of course isn’t always the case. Perpetrators don’t always say racist, sexist, or otherwise bigoted slurs before or after committing a crime. For instance, if a gay club is vandalized, it’s not always clear why. “The problem is not all hate-mongers are stupid,” Jack Levin, a professor at Northeastern University and co-director of the Brudnick Center on Violence and Conflict, told Vox earlier this year. “They may not let you know that they hate the members of a particular group. They may realize that they’re better off not voicing a racial slur or [putting] racist graffiti on a sidewalk or wall of a building.”

Regardless, it’s fair to say that hate crimes do in fact happen everyday. The data science behind tracking victims could just be vastly improved. Former FBI Director James Comey said in a statement in May that the bureau needs “to do a better job of tracking and reporting hate crime, to fully understand what is happening in our communities, and how to stop it.”