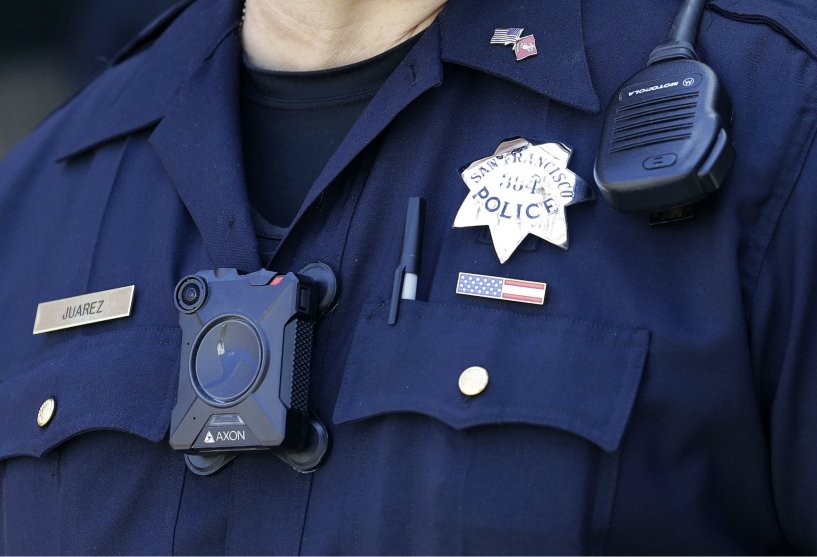 An officer with the San Francisco Police Department.Jeff Chiu

The Department of Justice has rolled back federal oversight of local police departments under the leadership of Jeff Sessions, so state officials in California are stepping in to do the work the feds have abandoned.

On Monday, California’s Department of Justice announced it will be overseeing efforts by the San Francisco Police Department to implement nearly 300 reforms recommended in a 2016 federal DOJ report on the department’s practices. The agreement follows Sessions’ decision, in September, to end reform efforts by the federal DOJ’s Office of Community Oriented Policing Services (COPS), which was providing guidance and technical support to more than a dozen troubled police departments nationwide—including the SFPD.

“We made a promise to our residents and to our communities that we were going to transform our police department—and partnering with Attorney General Becerra will allow us to follow through on that pledge,” Mark Farrell, San Francisco’s interim mayor, said at a press conference.

The feds had investigated SFPD in the wake of a racist texting scandal and a viral video that toppled the former police chief.

The COPS office launched its SFPD review in early 2016, following public outcry over a racist texting scandal and a viral video of a fatal encounter that toppled the city’s former police chief. The COPS report made hundreds of recommendations related to use of force, implicit bias, and training.

The department has already made progress more than half of the recommended changes, said current chief William Scott, including banning officers from shooting at moving vehicles and approving a plan to equip police with Tasers. Going forward, the state will be evaluating the department’s progress and issuing regular public reports.

This is the second time in recent years that the California DOJ has taken on the mantle of police reform. In December 2016, then-attorney general Kamala Harris announced that her office had opened a civil rights probe of the Bakersfield Police Department and the Kern County Sheriff’s Office. A 2015 investigation by the Guardian had found that officers at those agencies were killing civilians at the highest rate of any law enforcement agency nationwide.

California isn’t the only state that has stepped into the void. Last year, Illinois’ attorney general sued the city of Chicago, demanding that Mayor Rahm Emanuel stick with an agreement made under President Barack Obama to let a court oversee police reforms in the city. The state AG’s office is currently accepting public input on what a new deal will look like.

“The fact that state attorneys general are doing these things indicates there’s a way in which we can pursue police reform without reference to the Trump administration and Attorney General Sessions,” says Sam Walker, an expert on police reform at the University of Nebraska. “Instead of one [federal] agency, we got 50″ state agencies. “That greatly expands the tools available for police reform.”