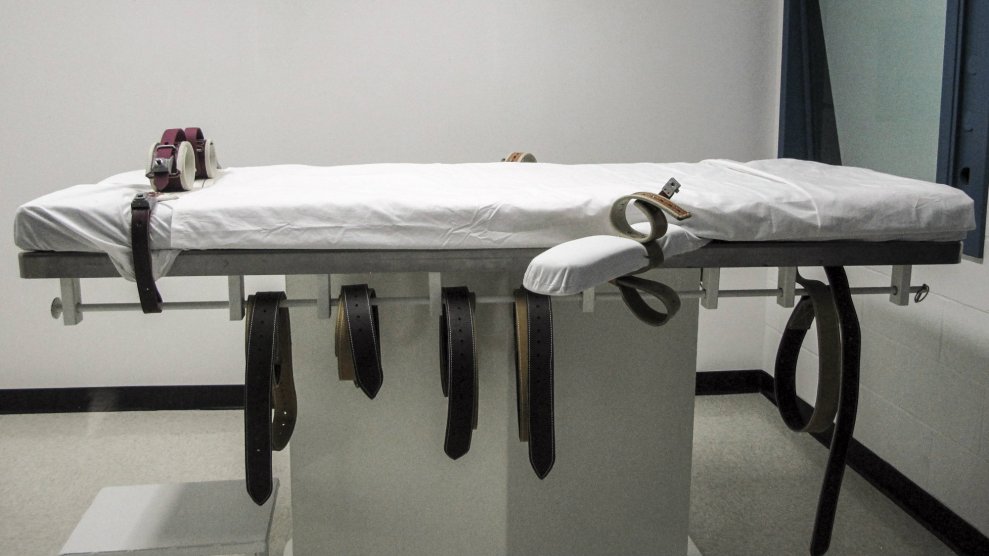 A new letter to the Drug Enforcement Agency from the American Civil Liberties Union of Nebraska is calling on the DEA to investigate Nebraska State Penitentiary officials for allegedly illegally obtaining drugs to use in lethal injections.

Records obtained by the ACLU of Nebraska show that the Nebraska’s government acquired fentanyl, a Schedule II controlled substance without the proper DEA approval, potentially acquiring the drugs through illegal means. According to the ACLU of Nebraska, prison officials obtained the drugs in order execute Jose Sandoval and Carey Moore. “The state of Nebraska can’t continue to cut corners and play fast and loose with federal law,” says Danielle Conrad, the executive director of the state ACLU.

Nebraska hasn’t carried out an execution in more than two decades. In 2015, the state legislature voted to repeal the death penalty, but after a successful ballot initiative in 2016, backed by Republican Gov. Pete Ricketts and funded by his GOP megadonor father Joe Ricketts, Nebraskans voted overwhelmingly to bring it back. Facing the same drug shortage that has plagued death penalty states, Nebraska proposed using fentanyl, the drug that’s playing an outsized role in the opioid epidemic, in its lethal injection cocktail. The drug has never been used in a lethal injection. In late 2017, the state issued a death warrant for Sandoval saying fentanyl would be one of the drugs used to kill him followed by a warrant for Moore in January. The executions have not yet been scheduled.

The prison facilities also includes a hospital, which is legally able to dispense a wider class of drugs, including fentanyl. DEA regulations says that the hospital can only give these drugs to patients. So, while the hospital theoretically has access to fentanyl, it cannot dispense those drugs to prisoners on death row who are not patients.

Nebraska’s proposed lethal cocktail calls for diazepam, a sedative, and fentanyl to render the prisoner unconscious, cisatracurium to paralyze the inmate, and finally potassium chloride to stop the heart. But medical experts say that if the first two drugs aren’t administered properly, the paralytic would leave the inmate unable to scream or move to indicate pain. Nevada has also proposed using the same protocol.

This isn’t the first time Nebraska has come under fire for trying to obtain lethal injection drugs. In 2015, the state tried to import sodium thiopental, a drug that renders the inmate unconscious, from a broker in India. The US Food and Drug Administration barred the shipment because the agency does not approve the drug.

It’s unclear how the state managed to obtain fentanyl, raising questions about its quality. Much to the dismay of the state’s ACLU, Nebraska has refused to comply with open records requests. The civil liberties group has filed a lawsuit to compel the state to reveal its drug sources. “The bottom line is this is just the latest in a long series of illegal efforts by the state to kill someone on death row,”says Amy Miller, the ACLU of Nebraska’s legal director.

Read the letter below.