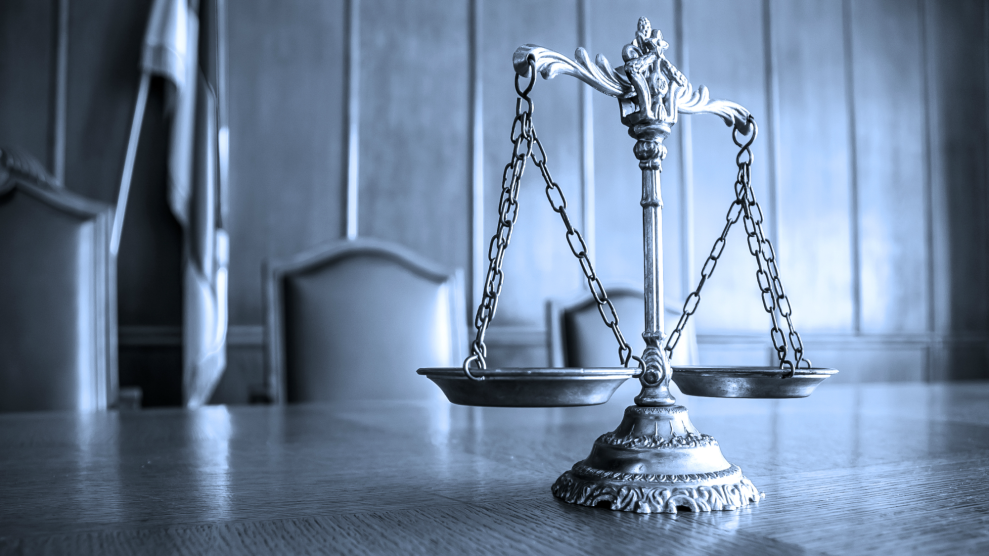 Louisiana has notoriously overworked and underfunded public defenders. Lawmakers are now considering a bill to pad their budgets with cash. The only problem? Public defenders hate the proposal.

The bill, which is currently awaiting debate in the Louisiana House, would increase the amount of money allocated to the state’s public defender offices by the Louisiana Public Defender Board, their umbrella organization. The board would be required to set aside 70 percent of its budget for local offices, up from 65 percent. The change would mean a $1.7 million increase in funding for public defenders.

That obviously seems like a win for the lawyers who represent the indigent. But public defenders have been vocal in their opposition to the proposal. Why? It would likely fund the offices by slashing the budget of legal aid organizations like the Innocence Project New Orleans, which works to overturn wrongful convictions, and the Louisiana Center for Children’s Rights, which provides public defense for juveniles.

Louisiana’s public defenders have been in crisis for years. According to a 2016 report released by the board, on average public defenders handle caseloads twice the recommended state limit: In a particularly egregious example, one rural district’s average caseload is 4.39 times the limit. Several parishes have been forced to employ attorneys in other fields to alleviate the shortage. In 2016, the American Civil Liberties Union filed a class-action lawsuit on behalf of inmates against the Public Defender Board and the Orleans Parish office, claiming the refusal of the office to accept new cases violated inmates’ constitutional right to counsel. In a 2016 interview with Mother Jones about the ACLU lawsuit, Bunton justified his office’s choice to quit taking on cases, saying, “I think where we would be violating the Constitution and ethics and professional standards would be to continue to take on cases we don’t have the resources to handle.”

Organizations like the Innocence Project New Orleans and the Louisiana Center for Children’s Rights help public defenders shoulder the burden of massive caseloads by taking on cases that are too costly or complex for them to handle. Louisiana has the second-highest exoneration rate in the nation, meaning a cut to the Innocence Project’s funding could slow down exonerations and leave more innocent people behind bars. (Louisiana has the highest rate of incarceration in the country.)

That’s where the bill comes in. Legal groups worry that the proposal, which they say is likely to pass, would simply move money from legal aid groups to the public defenders instead of actually increasing resources for public defense. State Public Defender Jay Dixon, a member of the Public Defender Board, told Mother Jones that to meet the requirement of the bill, funding from legal aid groups will almost certainly be cut.

Emily Maw, director of the Innocence Project New Orleans, told Mother Jones the organization receives $360,000 annually from the Public Defender Board, a little over a third of its total budget. Maw said the organization could be forced to close if the bill passes.

“[The bill will] do nothing to solve the unsustainable, unpredictable, and grossly disparate funding the public defenders get,” she said. “It will only put at risk programs that are safety nets for either the most serious charges (capital cases), or the most vulnerable citizens (children), or people who have been completely disserved by Louisiana’s lack of care.”

Dixon said the bill would “cripple” the already limited resources public defense has.

“It’s good [Louisiana is] thinking about how to deploy resources. On the other hand, taking money away from Peter to pay Paul is not the way to do it.”

In an interview with New Orleans’ Times-Picayune, Republican Rep. Sherman Mack, the bill’s author, defended the proposal, saying he is responding to complaints from district attorneys about the backlog in public defender offices.

Unlike other states, Louisiana’s public defender offices are funded primarily by fees incurred through traffic tickets, leaving their budgets at the mercy of what happens in the courts. A 2017 investigation by nonprofit news organization The Lens found that traffic fines in the state are increasingly being diverted to district attorneys and pretrial diversion programs instead of going through the lower-court system, which means no revenue for public defenders.

The public defender shortage is not unique to Louisiana. Although a comprehensive picture of the situation is difficult to discern, since many states don’t produce data on the status of their public defense systems, a 2007 Justice Department report found that 73 percent of local public defense systems were operating above capacity, and it’s likely the problem has only gotten worse since then as state budgets across the country have been slashed.

“It’s good [Louisiana is] thinking about how to deploy resources,” Marc Schindler, executive director of the Justice Policy Institute, told Mother Jones. “On the other hand, taking money away from Peter to pay Paul is not the way to do it.”