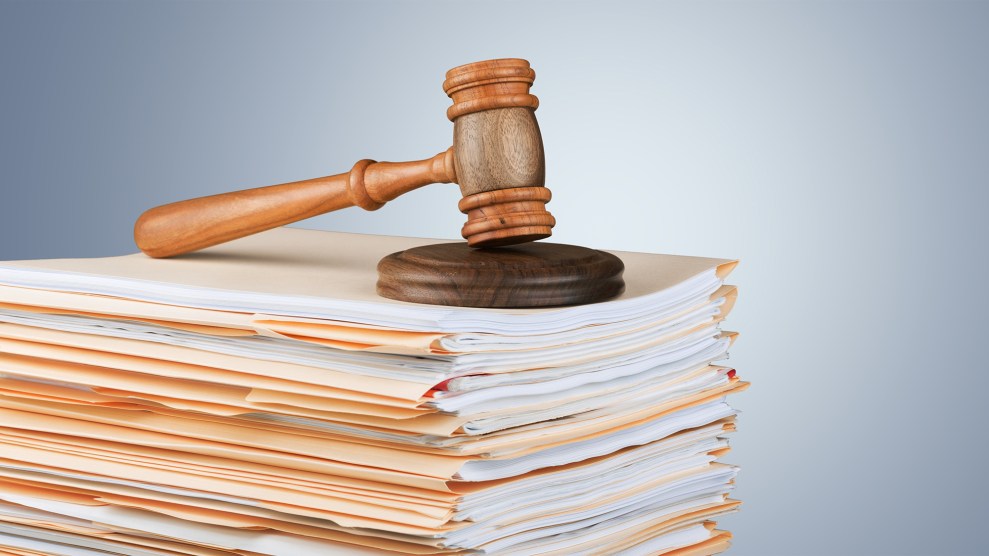 The Justice Department has set new quotas on the country’s immigration judges, hoping to speed deportations and cut through a massive backlog of 685,000 cases that has grown quickly under the Trump administration.

On Friday, the department sent a memo to the country’s roughly 350 immigration judges saying they would be required to clear at least 700 cases annually in order to earn a satisfactory grade on their performance evaluations. According to department officials, the judges currently handle an average of 678 cases. The new standards go into effect in October and will also limit the recommended amount of time judges can spend on each case.

Speaking to reporters on a press call Wednesday, an immigration judge and representatives of a major lawyers’ association argued the quotas could actually make the backlog worse. Here’s a quick rundown of their top concerns—plus some ideas on how to actually reduce the mounting pile of unheard cases:

Last year, arrests of noncriminal immigrants by federal agents more than doubled, which has created a heavier load for judges, says Jeremy McKinney, national secretary of the American Immigration Lawyers Association. Rather than forcing judges to hear more cases, some argue it makes sense to simply give them better tools to do their jobs. One solution would be to invest in an electronic filing system, rather than forcing them to work with paper documentation, says McKinney: “Judges could get and resolve motions faster and review what is often hundreds of pages of evidence on a screen during the hearing.”

Another idea would be to hire more court clerks—it’s not uncommon for three judges to share one, he says. “Judges are aware of backlogs; we’ve been living with them for many, many years,” says Judge Tabaddor. But “when law enforcement gets 400 percent increases in their budget and the court gets only 70 percent increases,” she adds, “the only result you can expect is a bottleneck.”